Mohamed (D) Jalal ad-Din (or al-Din) Rumi or Balkhi Rumi (Balch, 30 september 1207 – Konya, 17 december 1273) was a philosopher and poet of Persian descent and Sufi mystic. Rumi is one of the most important figures in Persian poetry for his religious poetry praising God. 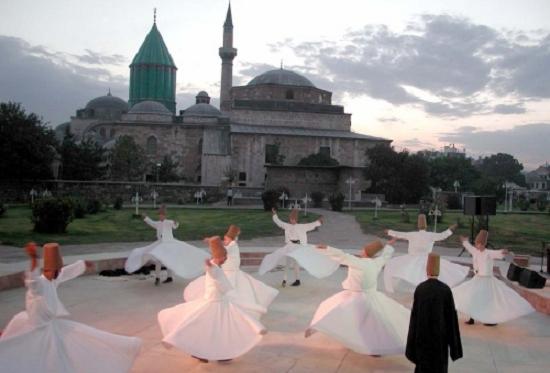 In religious circles he is also known as Mevlana or Mawlana (sometimes with the addition Balkhi to his hometown) called, which means ‘our master’.

“In truth everything and everyone
Is a shadow of the Beloved,
And our seeking is His seeking
And our words are His words…
We search for Him here and there,
while looking right at Him.
Sitting by His side, we ask:
‘O Beloved, where is the Beloved?” – Rumi

How to get to Rumi Museum in Konya?

If you go to bus terminal in Istanbul, you will easily find a bus ride to Konya, which takes about 8-9 hours.This would be the cheapest way and an easy one, because unlike many other countries, intercity bus travel is very advanced in Turkey. 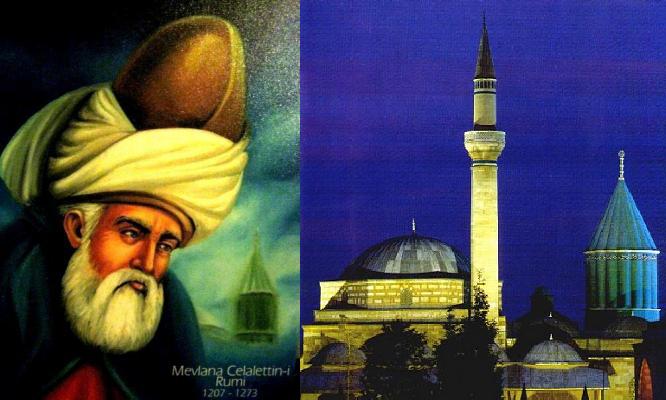 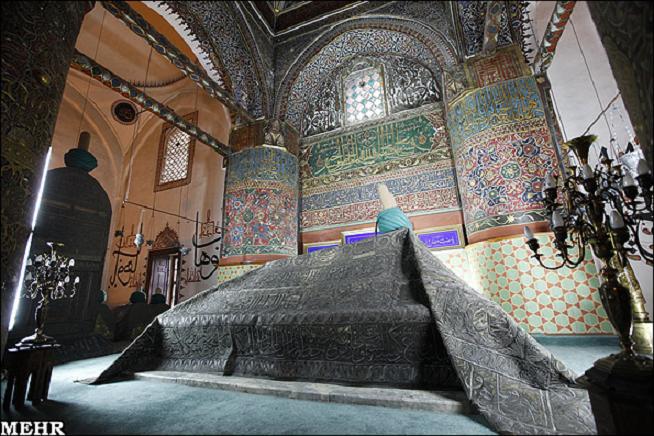 Rumi was the leading figure of the Sufi movement in medieval Konya in present day Turkey.. He philosophized in particular on the benefits of tolerance. When he died fighting the Jews, Christians and Muslims from Konya to honor him to his grave to bear. His grave is still a sacred place for followers. He founded, among others, whirling dervishes, a Sufi religious order of dancers and musicians. In the dance they rotate around their axes, which they meditate and call upon the name of God. 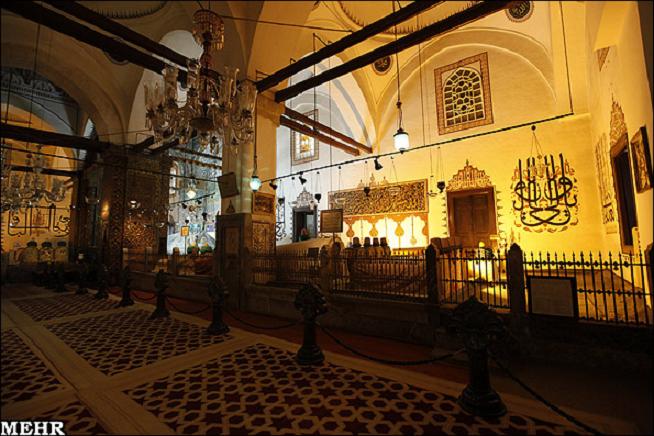 “In your light I learn how to love.
In your beauty, how to make poems.
You dance inside my chest,
where no one sees you.” – Rumi

Rumi died on 17 December1273 inKonya; his body was interred beside that of his father, and a splendid shrine, the Yeşil Türbe (Green Tomb, قبه الخضراء; today the Mevlana Museum), was erected over his place of burial. His epitaph reads:

” When we are dead, seek not our tomb in the earth,
but find it in the hearts of men.” – Rumi

The 13th century Mawlana Mausoleum, with its mosque, dance hall, dervish living quarters, school and tombs of some leaders of the Mevlevi Order, continues to this day to draw pilgrims from all parts of the Muslim and non-Muslim world. 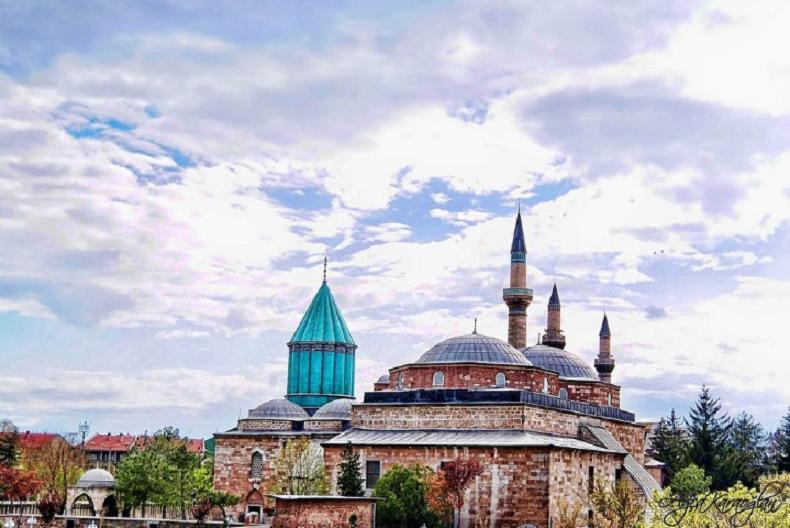 “Reason is like an officer when the King appears;
The officer then loses his power and hides himself.
Reason is the shadow cast by God; God is the sun.” – Rumi

Click Here if you want to take an online tour in Mawlana Rumi Museum.

Tags:Best Rumi quotations of Love, Greatest Poets of All Times, How to get Rumi's tomb from Istanbul, How to visit Rumi's Tomb in Turkey, Take a virtual tour online in Mawlana Rumi Museum, Where is Mawlana Rumi's Museum Tomb