Top 10 Most Popular Temples in Thailand
The Buddhist Thailand has more than 30,000 temples! But what you really can not miss during your trip through Thailand? Which temples in Thai ‘What’, are both inside and outside a visit? Especially for you we set a top 10 of the most remarkable temples. 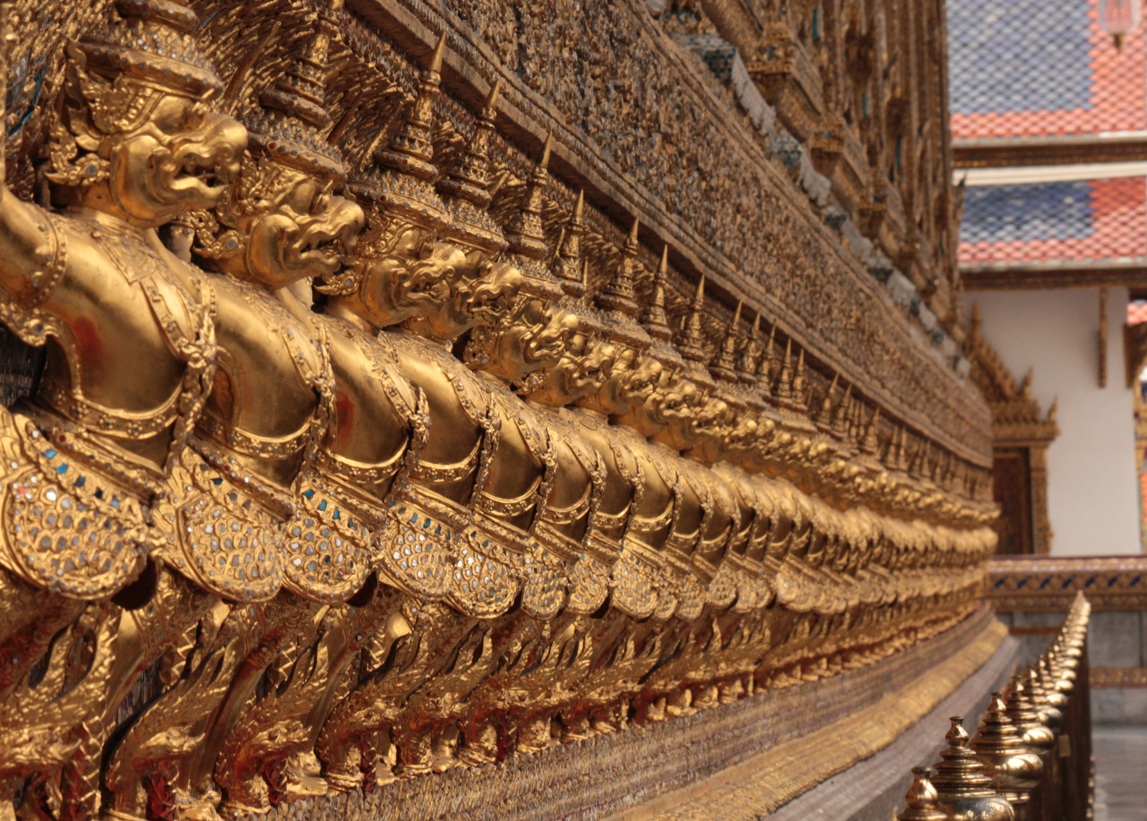 2. Wat Pho – Bangkok
The oldest temple in Bangkok is not only architecturally beautiful view, also found in the temple more than one thousand impressions of the Buddha. The largest image of the country, the Reclining Buddha, is also home to the Wat Pho. With a length of 46 meters and height of 15 meters, it is an impressive sight. The reclining Buddha covered in gold leaf and has enormous feet. The soles are less than 108 images of emergency food depicted.

Y’know! Wat Pho was built in the 16th century and is also called the Temple of the Reclining Buddha. 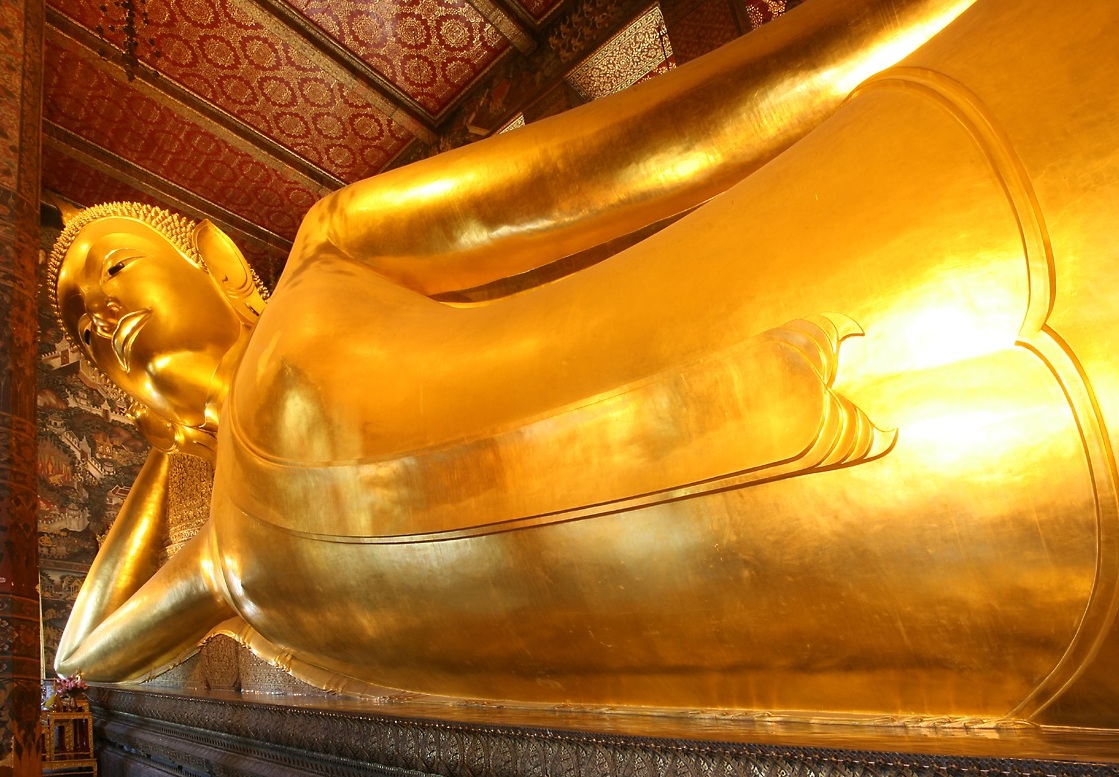 3. Wat Arun – Bangkok
On the Chao Praya River, which runs through the center of Bangkok, Wat Arun is located. “The Temple of Dawn” is named after the Hindu goddess Aruna and symbolizes the beginning of a new kingdom. The temple in the 19th century and surrounded by colorful porcelain decorated terraces, where quiet can be enjoyed in this cheerful view it.

4. What Benchamabophit Dusit Wanaram – Bangkok
In the district of Bangkok Dusit find ‘the Marble Temple, named after the white marble raw material from which the temple was built in early 1900. The temple houses a gallery as much as 53 Buddha images, originating from various Asian countries.

Y’know! Since 2005 the temple on the UNESCO World Heritage List.

5. What Phrathat Doi Suthep – Chiang Mai
Doi Suthep Mountain is located about fifteen kilometers outside the city of Chiang Mai, northern Thailand. Wat Phrathat Doi Suthep is located above the 1600 meters high mountain. The cable car makes it easy to reach the temple, but you can also climb the 300 steps. The temple dates from the 14th century and is surrounded by Buddha statues and monuments. The praying monks provide a pleasant atmosphere and the view from the mountain over Chiang Mai, is breathtaking.

6. Wat Phra Sri Sanphet – Ayutthaya
The former capital of Thailand, Ayutthaya was destroyed in 1767. The ancient temples and palaces that are scattered around the city, belong to the historical park. The most important was the royal temple Wat Phra Sri Sanphet. The temple was built in 1448 within the walls of the old royal palace, for the use of important royal ceremonies. 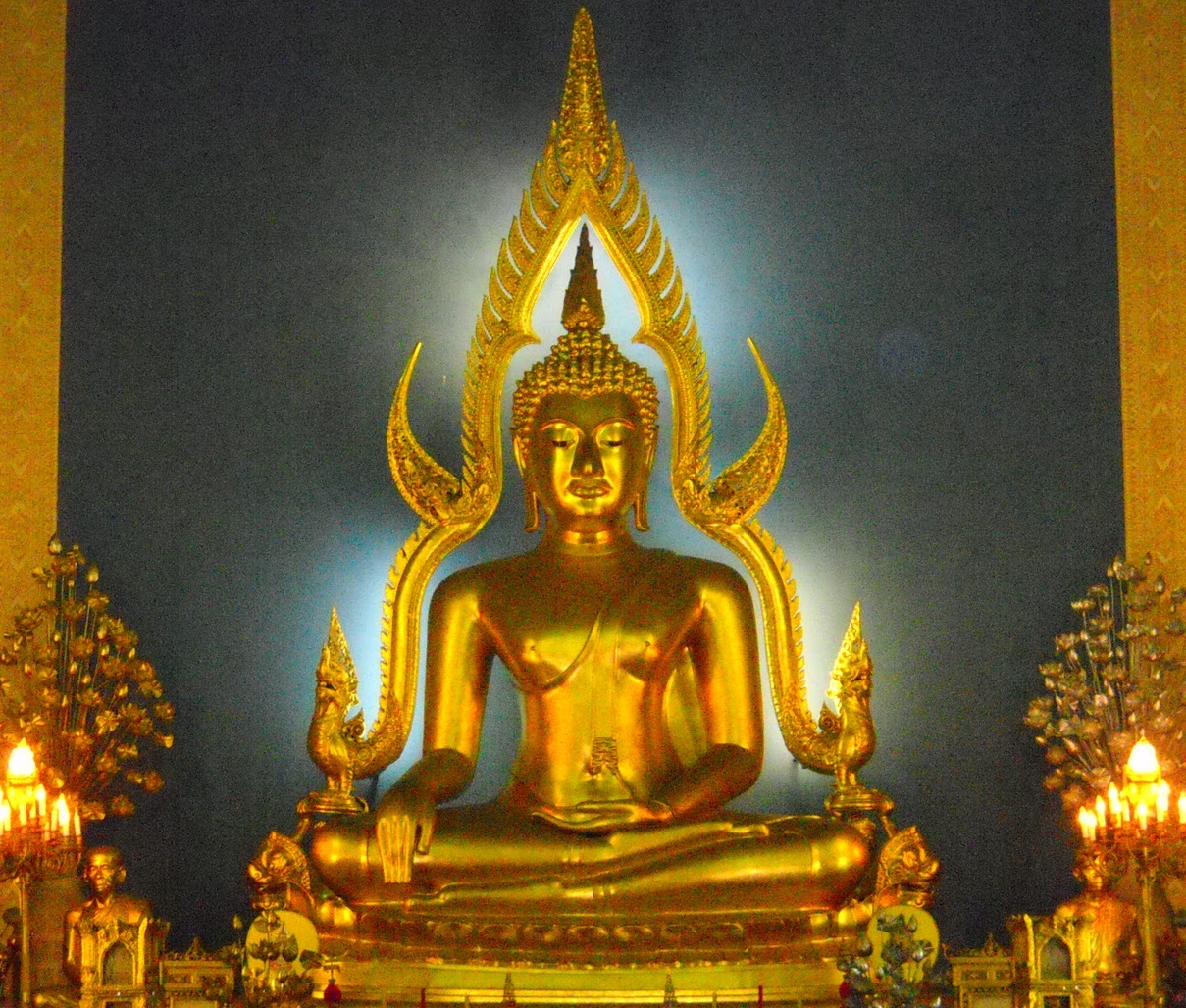 Y’know! The 16-meter tall standing Buddha of no less than 250 pounds, which previously stood in the temple, is the destruction of the city destroyed by fire. The gold which the Buddha was covered thereby melting of the picture.

7. Phanom Rung – Buriram
The province of Buriram is located about 410 kilometers from Bangkok. The southern part of the province has a number of interesting Khmer shrines. The most beautiful of these is the Phanom Rung, located atop an extinct volcano. From here you can see the Dongrek mountains are, where once the mighty Khmer empire was established. The Khmer empire was a powerful kingdom in the area of ​​contemporary Cambodia. The Phamom Rung is surrounded by the largest and most beautiful temple complex belongs to the Khmer monument.

Y’know! This historical building was created between the tenth and thirteenth century and is today a UNESCO World Heritage List.

8. Special Temple Wat Chalong – Phuket
In southeast Phucket find the Buddhist temple known as the Chai Tararam called. The temple is very popular among Thai people, they come here to be blessed and the monk Luang Pho Chaem and Luang Pho Chaung honor. They rebelled against the Chinese occupation of the city in 1876.

9. Wat Rong Khun – Chiang Rai
In the south of Chiang Rai can find “The Chapel of Wat Rong Khun,” as the white temple is also called. Architecturally it is a modern building with great detail. It is worthwhile to also look around the temple. There are beautiful paintings on display.

10. Tiger Temple – Kanchanaburi
The Thai province of Kanchanaburi is put on the map because of the Wat Pa Luangta Bua Yannasampanno. The temple provides a home for tigers in need of protection. Buddhist monks take care of the animals. Already several times has made a documentary on the Temple and it has become known as the “tiger heaven”.