Best of New York
New York, a city with so many familiar and famous landmarks. Of course you want while staying in New York as much as possible, but unfortunately it is not always possible. Therefore we have the best sights of New York put together a list for you. That you should definitely visit it! 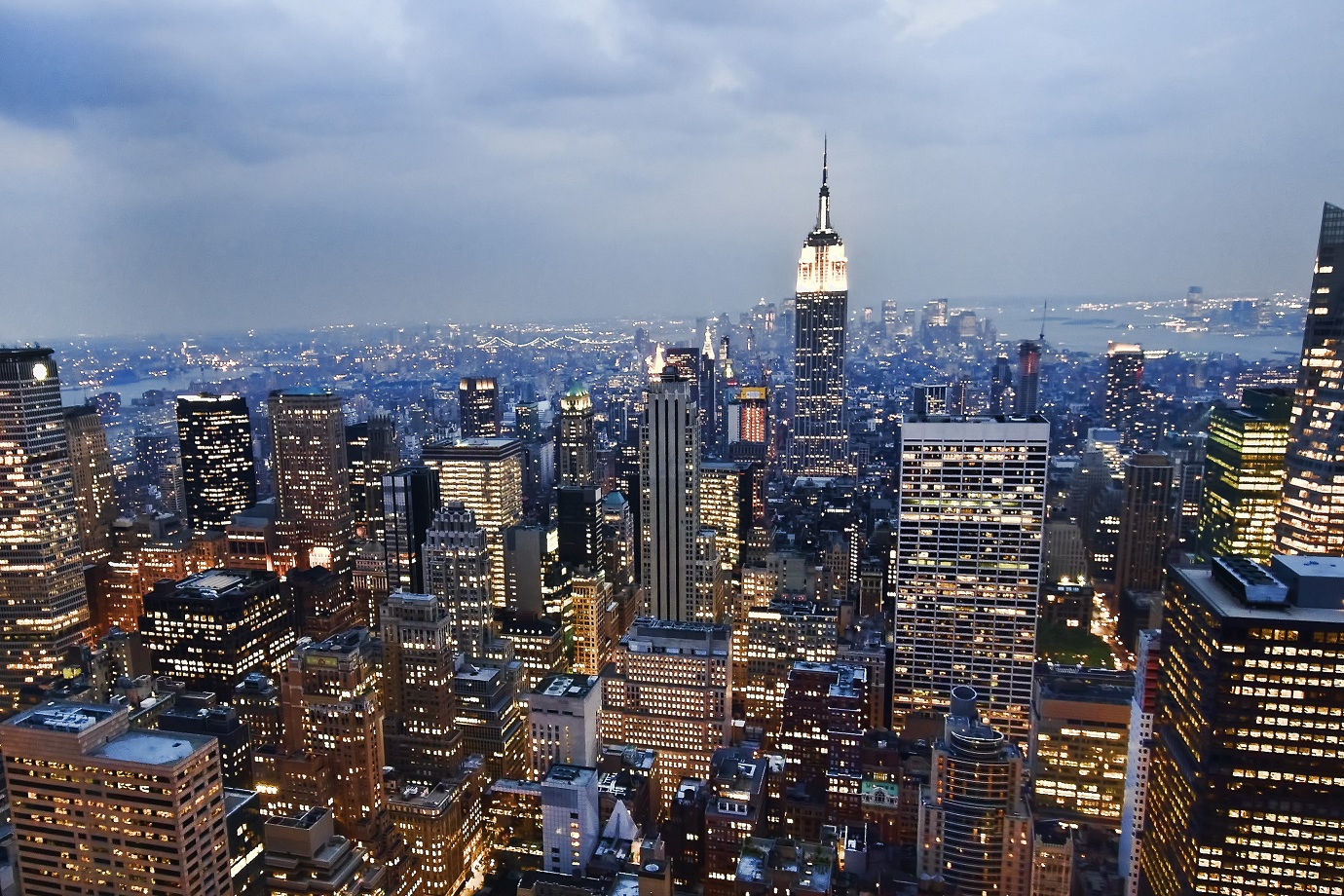 The Empire State Building is still used every day by 20,000 people as a workplace. There are also many daily tourists also visit the building. No fewer than 53 lifts needed to power these people in the right direction. If you’re in this building you should visit floor 89. Here is a panoramic terrace which is where you, on a clear day, really the best view of New York have. For a snack and a drink you are in the Empire State Building to the right place. There are in fact two restaurants, a sushi bar and three coffee areas.
Address: 350, Fifth Avenue between 33rd and 34th Street. Openning hours: daily, 09.30-24.00 hours. 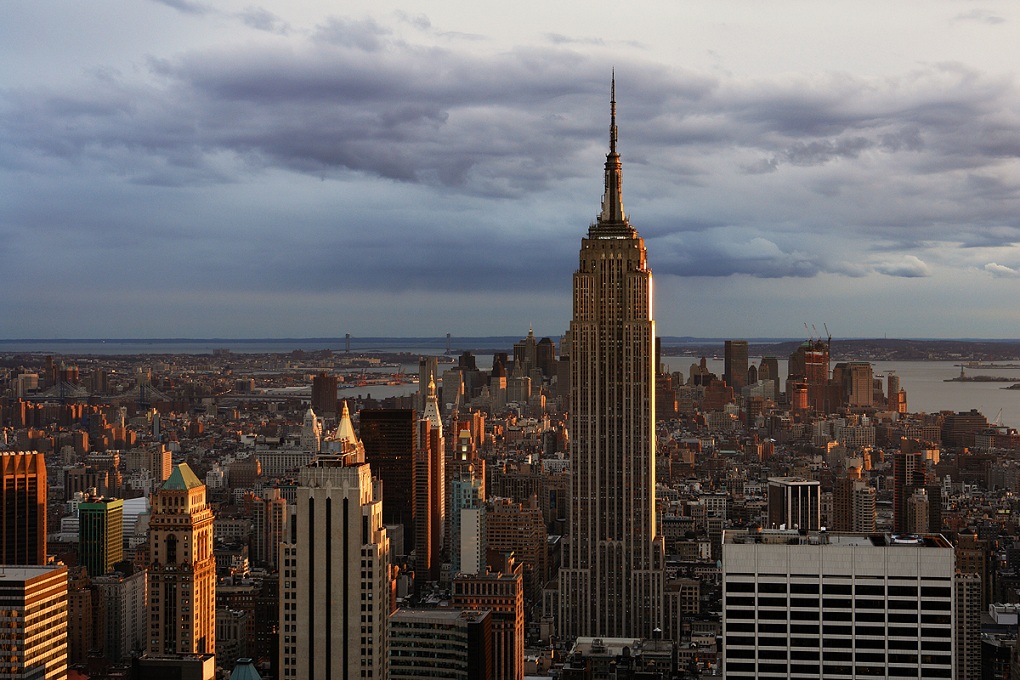 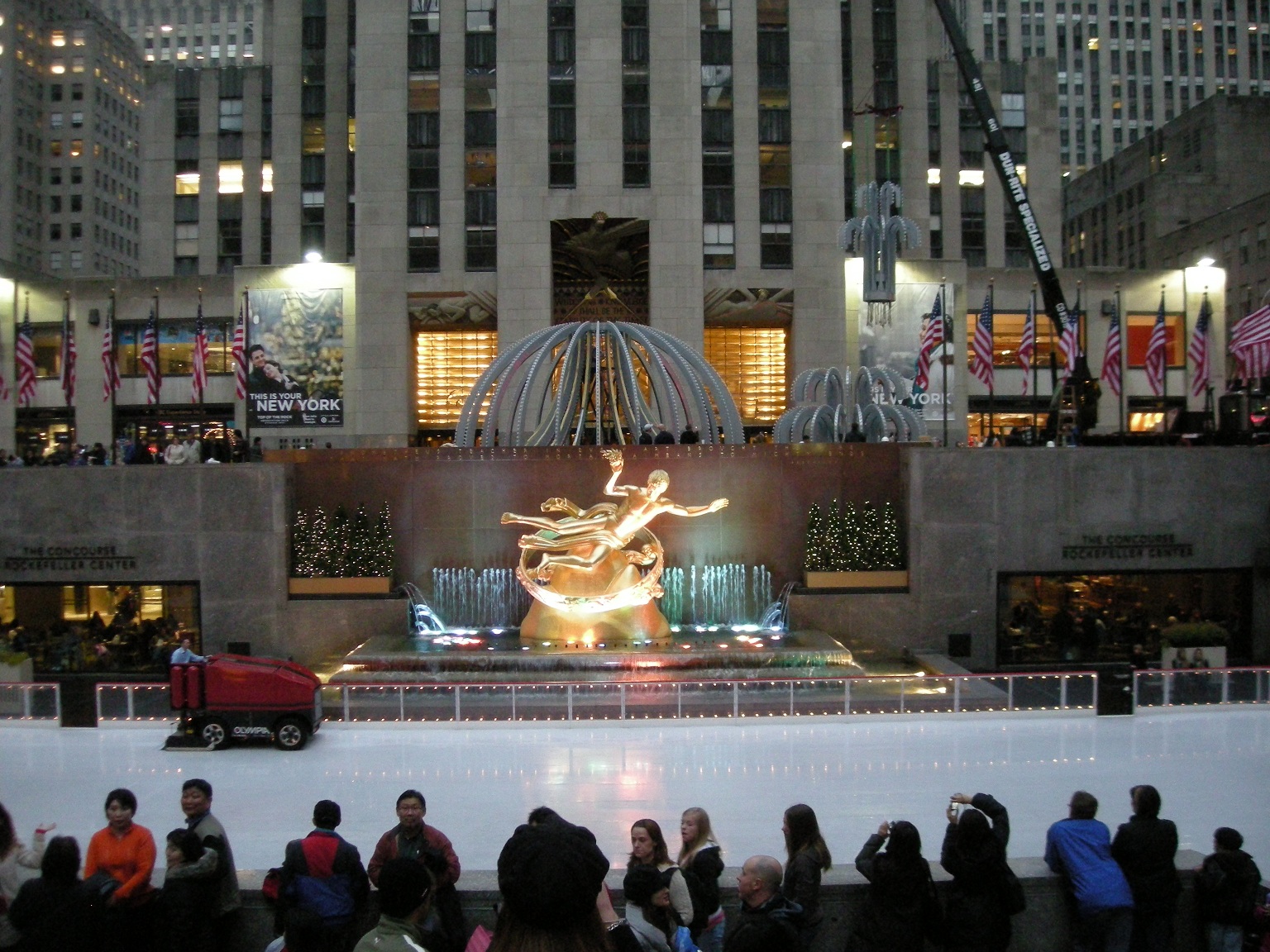 Just the building itself are worth seeing. They all have a very different look inside and you’ll find at any other building, separate murals. Besides the buildings in Rockefeller Center of course still plenty to see and do. The Sunken Garden is such a must. This square is used as a terrace in the summer and in winter you can skate on the ice rink here (known for the romantic comedy Serendipity). The Channel Gardens are a must. In these gardens you can relax from the hectic that prevails in Rockefeller Center.
Address: 630, Fifth Avenue. Open daily, 09.30-16.30 hours.

Statue of Liberty (Liberty)
Meet Lady Liberty and by its welcome in the city that never sleeps, New York. Combine a visit to her with a visit to the historic Ellis Island, located in the shadow of Liberty Island. Come to New York and see with your own eyes the epitome of this city: the Statue of Liberty. 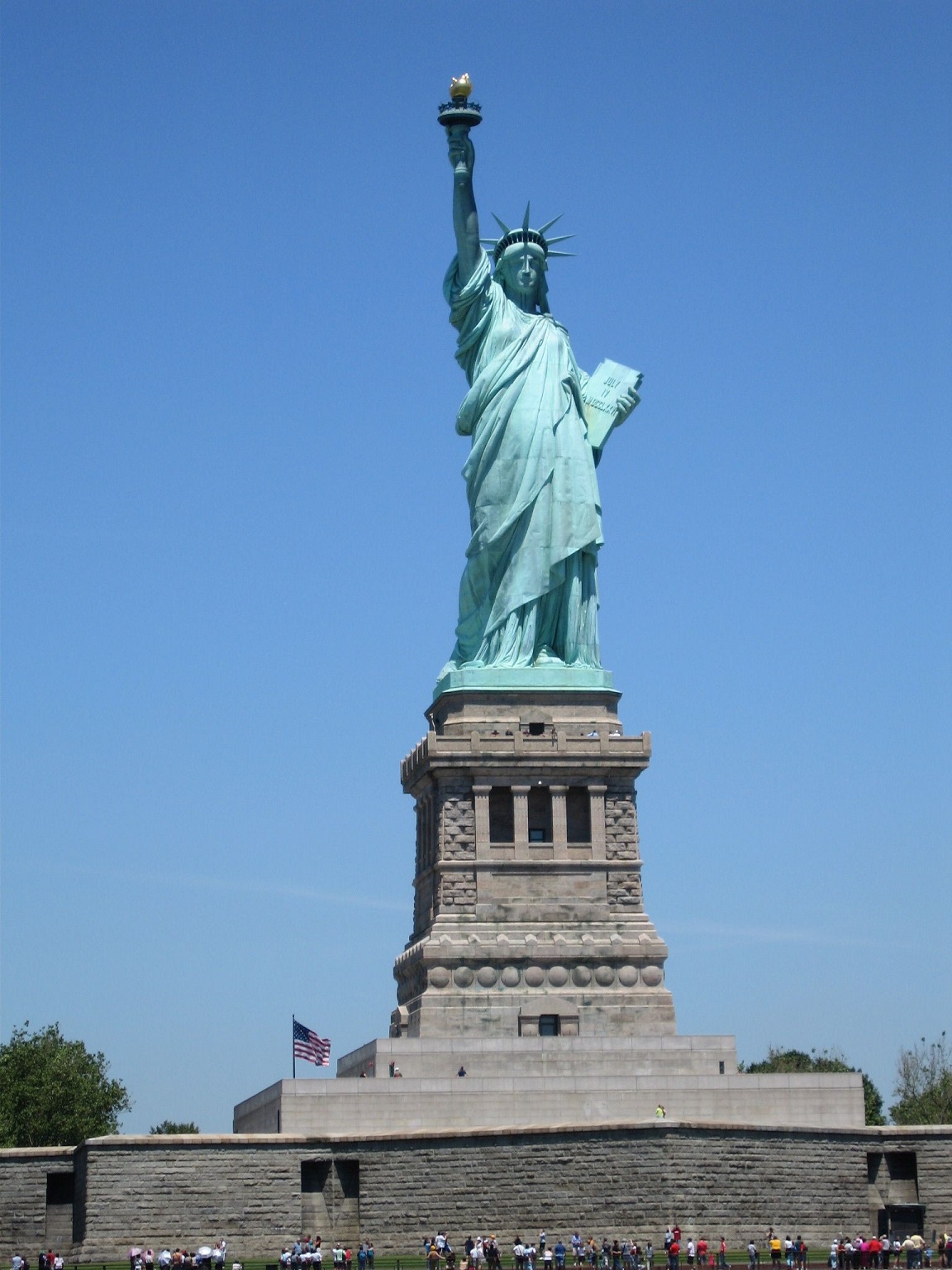 Central Park
Central Park, you may justly the most famous park in New York and perhaps in all America mention. It is an immense park with an area of ​​less than 341 acres. Annually, more than 20 million people this park for many different activities. Think of walking, running, cycling, swimming, picnicking, boat or even you can hire a gondola on the lake. The park is even a zoo, the Central Park Zoo. This zoo is home to more than one hundred different species, including seals and monkeys. Summer is fun on the Great Lawn in the park’s lawn for free concerts by visiting the Metropolitan Opera. These free concerts often attract 100,000 visitors.

Central Park has some nice and striking features, including:

• 30 bridges
• 32 statues
• 33 playgrounds / soccer
• 9000 (!) Benches
The Central Park may just really not missing your program when you are in New York. You can enjoy more of the atmosphere that hangs in the metropolis. And, also to get away from the bustle of the busy city!
Address: Central Park (central New York) Openinstijden: The park has no closing times, and is always open to visitors.

Fifth Avenue
Fifth Avenue is perhaps the most famous street in New York. On this street are not only three of the most famous buildings of New York (Rockefeller Center, the Empire State Building and St. Patrick’s Cathedral), you’ll also find numerous shops. From trendy designer brands to exclusive, one-person shops and small. You can therefore varied shopping! 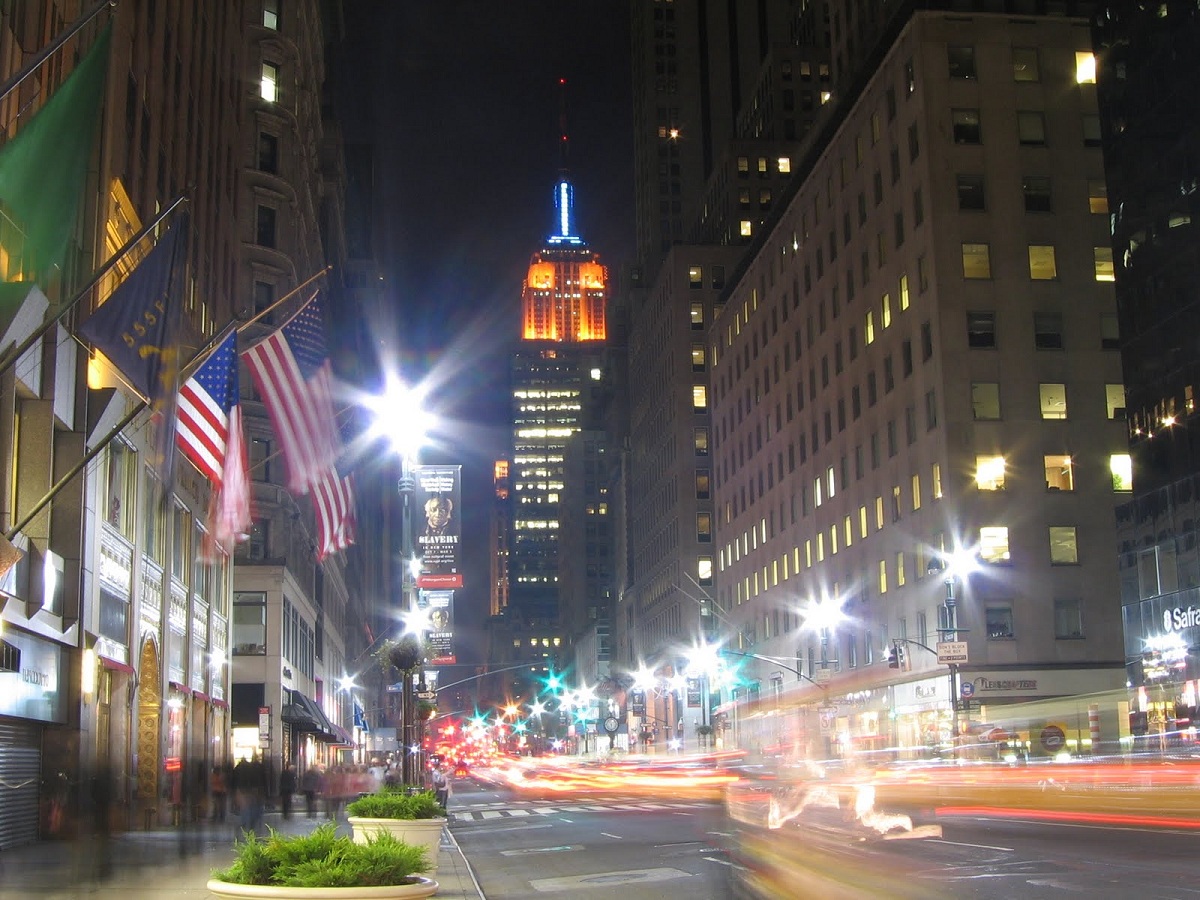 Fifth Avenue is just very long. That’s why it’s best the popular section between the Empire State Building at 34th Street and Grand Army Plaza at 59th Street visits. This part is “only” 1.6 km long.

Y’know! One square foot store on Fifth Avenue (New York) costs on average less than € 11,000, – per year. It is therefore not surprising that prices above average