Historical towns and castles in Czech Republic; amongst must see places of the heart of Europe.Here is a good selection of them together with pictures of some.

The romantic Cesky Krumlov is strategically located on the Vltava. The historic town and castle dating from the 14th to the 17th century. Gothic, Renaissance and Baroque architecture are effortlessly combined. The imposing castle of the Rosenbergs looks proudly out over the city. Since 1991, adorns Cesky Krumlov on the UNESCO World Heritage site. 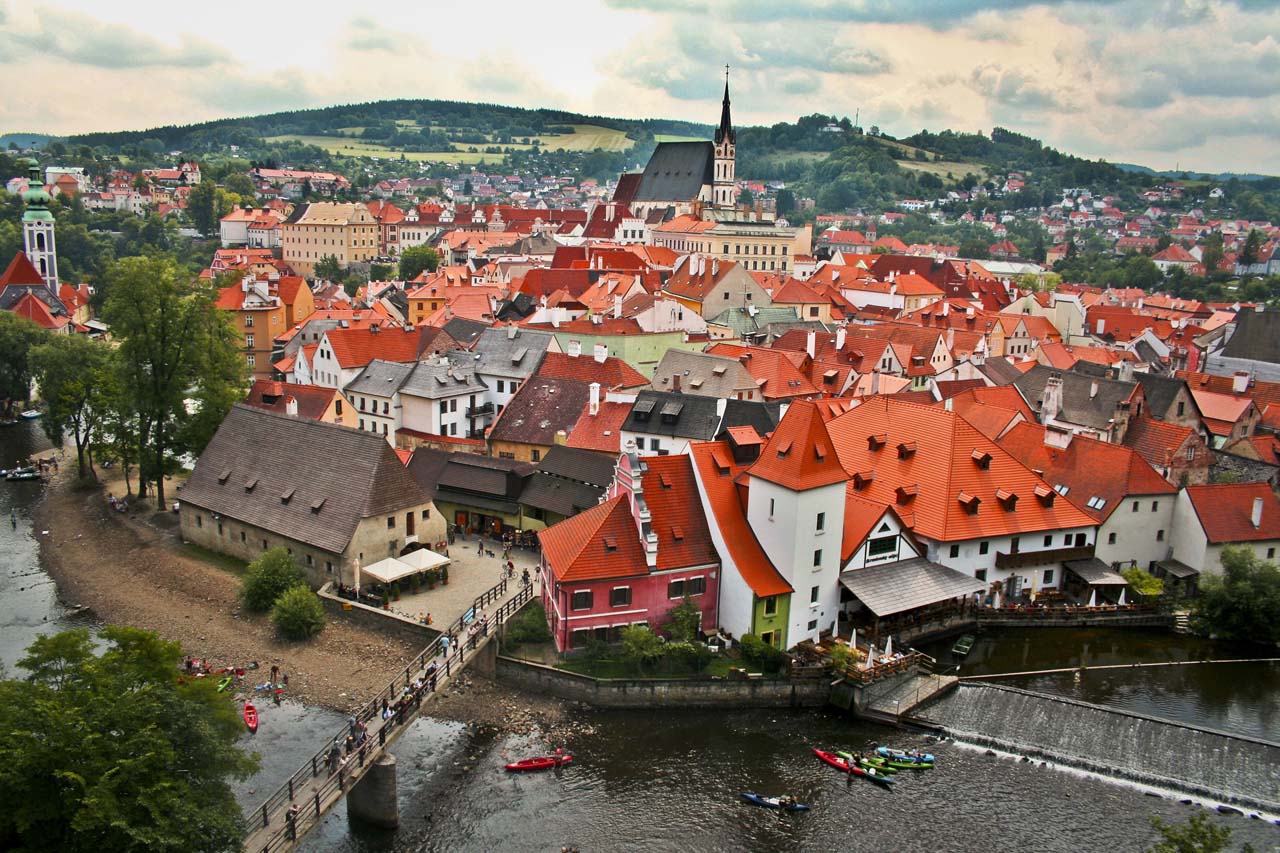 The city of Ceske Budejovice dates from the 13th century and contains many historic sites. The old town has a neat pattern of straight streets around the Zizkaplein with the large Samson Fountain. Typically, the Bohemian galleries with pastel-colored facades and baroque town hall. The best known is the city of Budweiser beer! 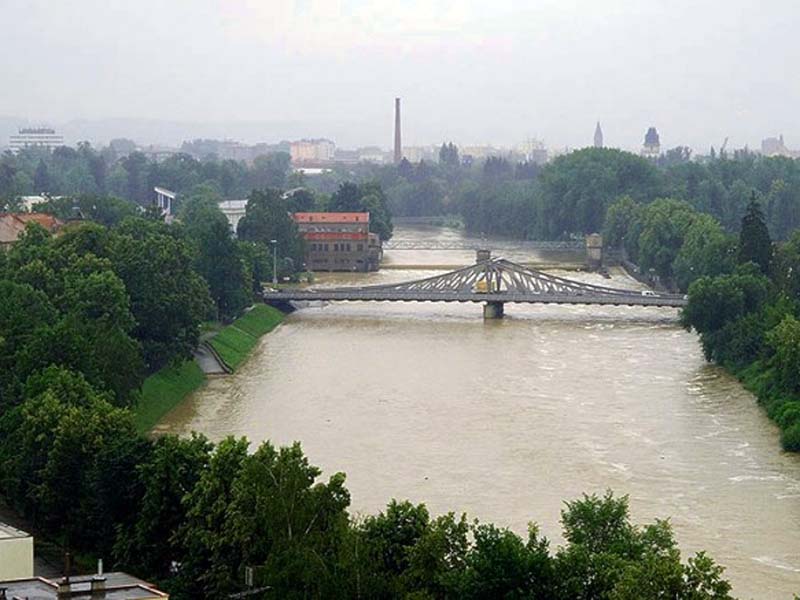 Olomouc was once the capital of Moravia. In the 11th century and founded a bishopric in Olomouc in the historical center there are beautiful religious monuments. Central is the Peace Square with the Baroque Trinity Column and the town hall. Visit the episcopal palace, the cathedral of St. Wenceslas and the city of palaces and merchants’ houses.

The “Silvercity” Kutna Hora was founded in the 12th century for its rich silver stocks here in the ground hidden layers. Long time rivaled Prague to Kutna Hora with the main town of Bohemia to be. Typically, the magnificent St. Barbara Church, Saint Barbara was the patron saint of miners. With the many ancient sites Kutna Hora is a World Heritage Site by UNESCO.

The royal water fort of Telc is founded in the 13th century and modified in later centuries. The old town of Telc is a textbook example of classic Czech town planning, baroque and renaissance dominate. Characteristic are the market square, surrounded by arcade galleries and façades in pastel colors. Visit the castle of the Pink Bergs and the Jesuit church. 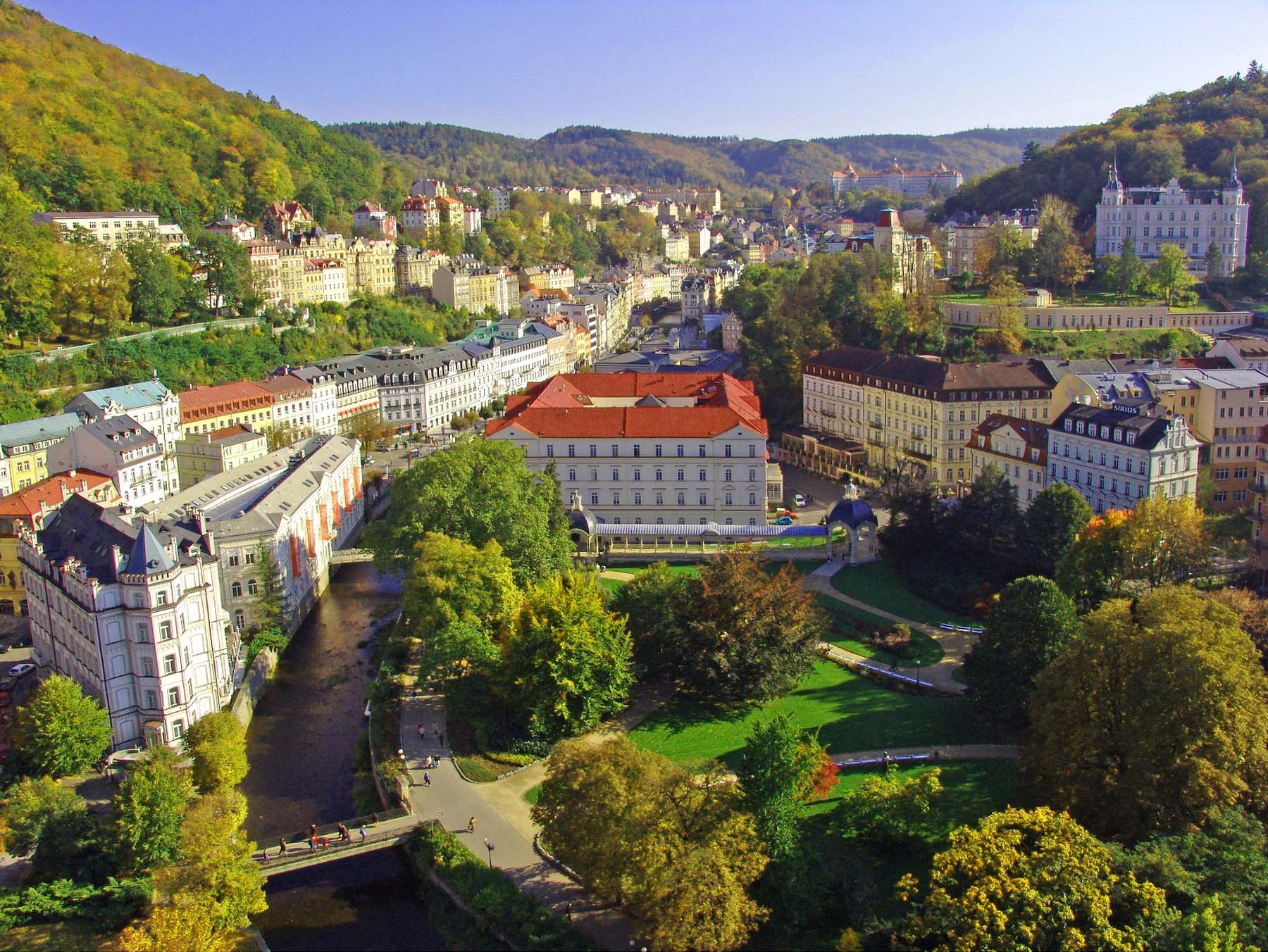 The most famous spa in the Czech Republic Karlovy Vary (Karlsbad). The name of the main tourist town in Western Bohemia is derived from Charles IV, Bohemian king. In the 18th and 19th century, emperors, kings and rich people to Karlovy Vary for the healing springs. Today the most part closed to car traffic. So you can easily discover the magnificent pavilions and hotels from the 19th century marvel. Around Karlvy Vary beautiful hiking trails in the woods and cable cars take you to the hills.

Karlstejn is a fairytale castle in the Gothic style. The large tower protrudes from far above the woods. Karlstejn is in the 14th century built by Charles IV to the crown jewels and relics safe. Admire the original murals, portraits of Czech kings, chapels and impressive rooms of the castle. And the bedroom of Charles IV, adorned with precious stones! 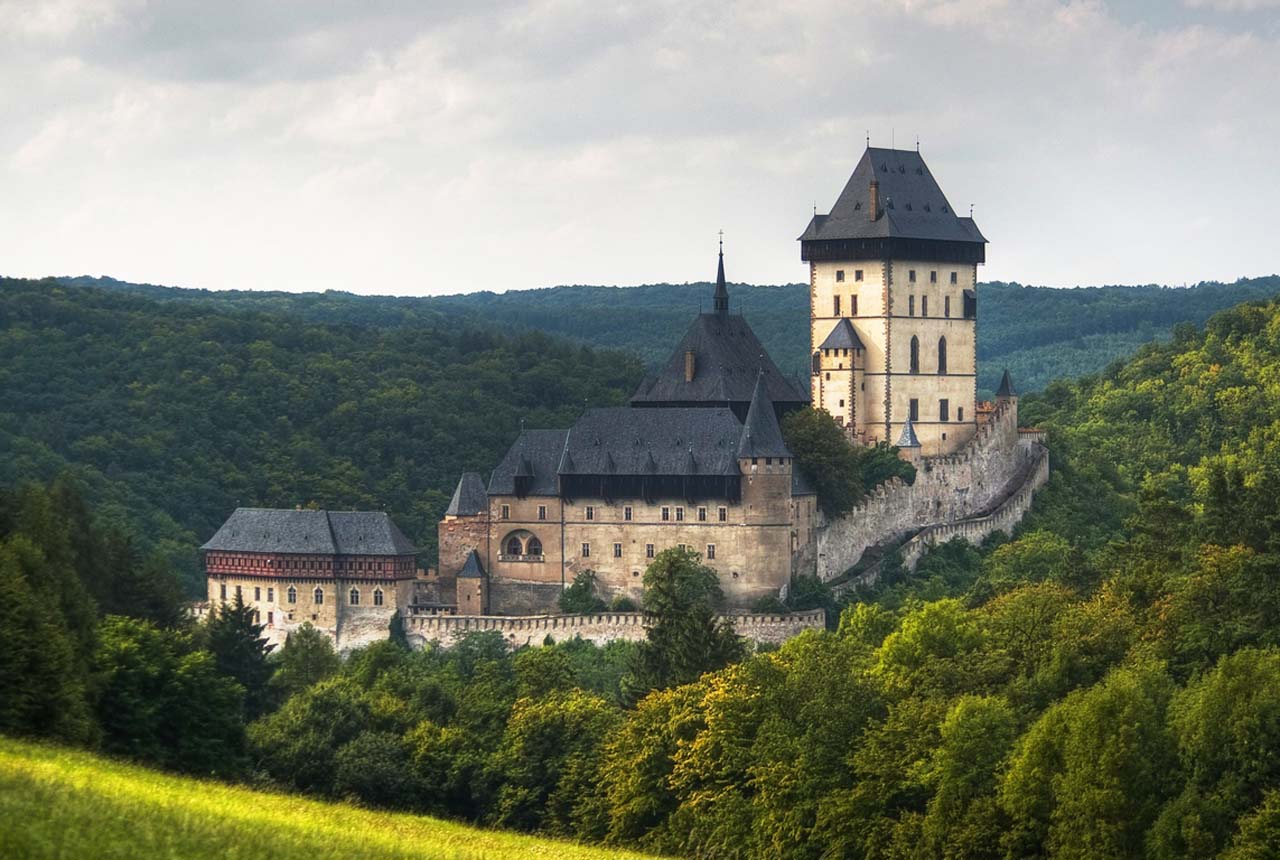 The originally Gothic castle by the Austrian Archduke Franz Ferdinand converted into residential lock. In the end, you can view trophies from Franz Ferdinand and his vast collection of weapons, lots of armor, pikes and muskets. The peaceful rose garden and a beautiful English park surrounding the castle lie. 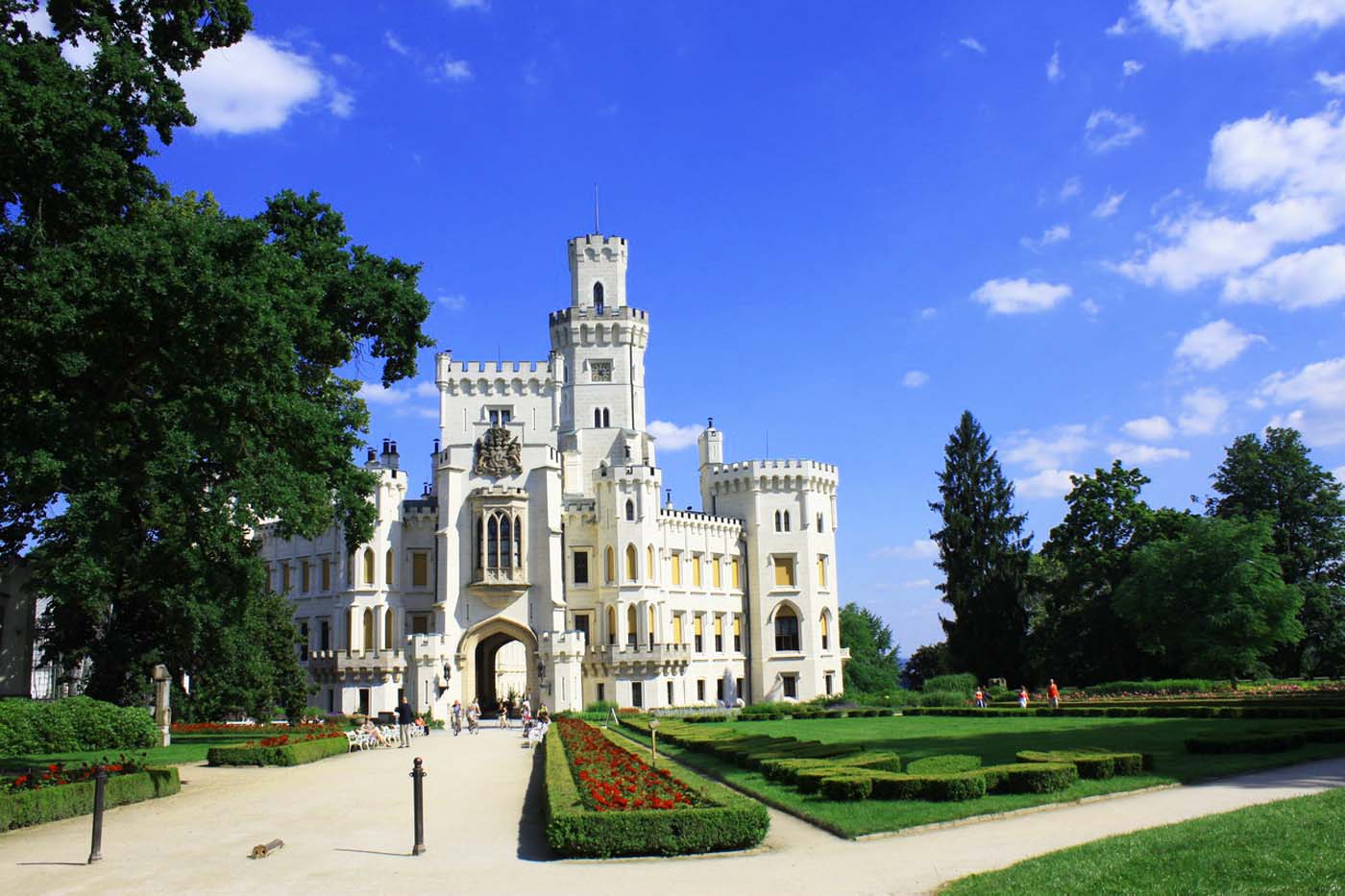 Without a doubt one of the finest castles in the Czech Republic Hluboka. In the 19th century, this Gothic castle ever for the Schwarzenberg family rebuilt in the style of the English Windsor Gothic. Beautiful are the tapestries, tapestries and paintings. There is also space for contemporary art of Czech origin. Near the castle is a large English garden. 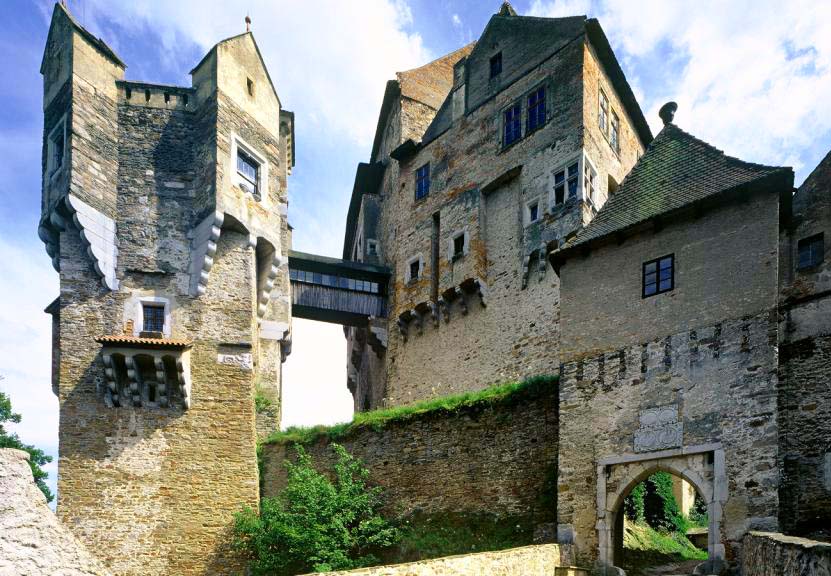 Pernstejn is founded in the 13th century and later developed into a sturdy lock. It was in possession of the noble family Pernstejn and has never been occupied by enemies. In different rooms you can weapons, hunting trophies and attractive wall and ceiling paintings visit. Due to the spooky atmosphere Pernstejn is used as a backdrop of several movies, such as Van Helsing, Nos. Feratu with Klaus Kinski and Joan of Arc!