Amsterdam A to Z
Elegant mansions, the floating and the Vondelpark. These are just a few of the words that come to mind when you think Amsterdam. Amsterdam; we put the entire alphabet for your cooperation. 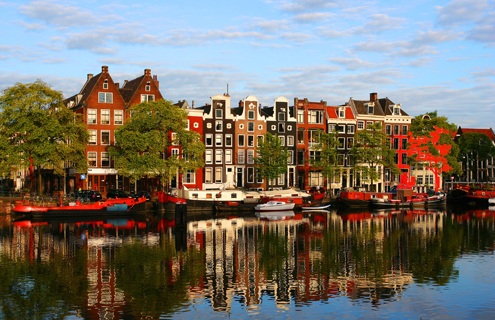 A  Amstel
Through central Amsterdam, a favorite spot for artists including Rembrandt and Mondrian, and in summer a good place to enjoy one of the many terraces that border here. The river Amstel Uithoorn is completely and ends at the Place de la Monnaie. Along the Amstel you can stroll and watch the matches between the various rowing clubs take.

B Bakkerswinkel
Various locations across the country and even Amsterdam has three! The bakery is a great place for breakfast, lunch and / or hightea’en. Think of warm scones, homemade quiches, salads and rich variety of teas. The bakery also offers special packages for parties.

C Coffeeshop
The coffee shops of Amsterdam are world famous and attract thousands of tourists every year therefore. Several soft drugs are legal in the Netherlands and specially tourists come from far and wide.

D Artis Zoo
Artis, the oldest zoo in the Netherlands, has been around since 1838 and has greatly expanded over the years. In 2002 Artis opened the Africa Savannah. Live here zebras, wildebeests, meerkats and other African animals in their simulated together, natural African habitat. Also in Artis a butterfly pavilion, insectarium and reptile house. 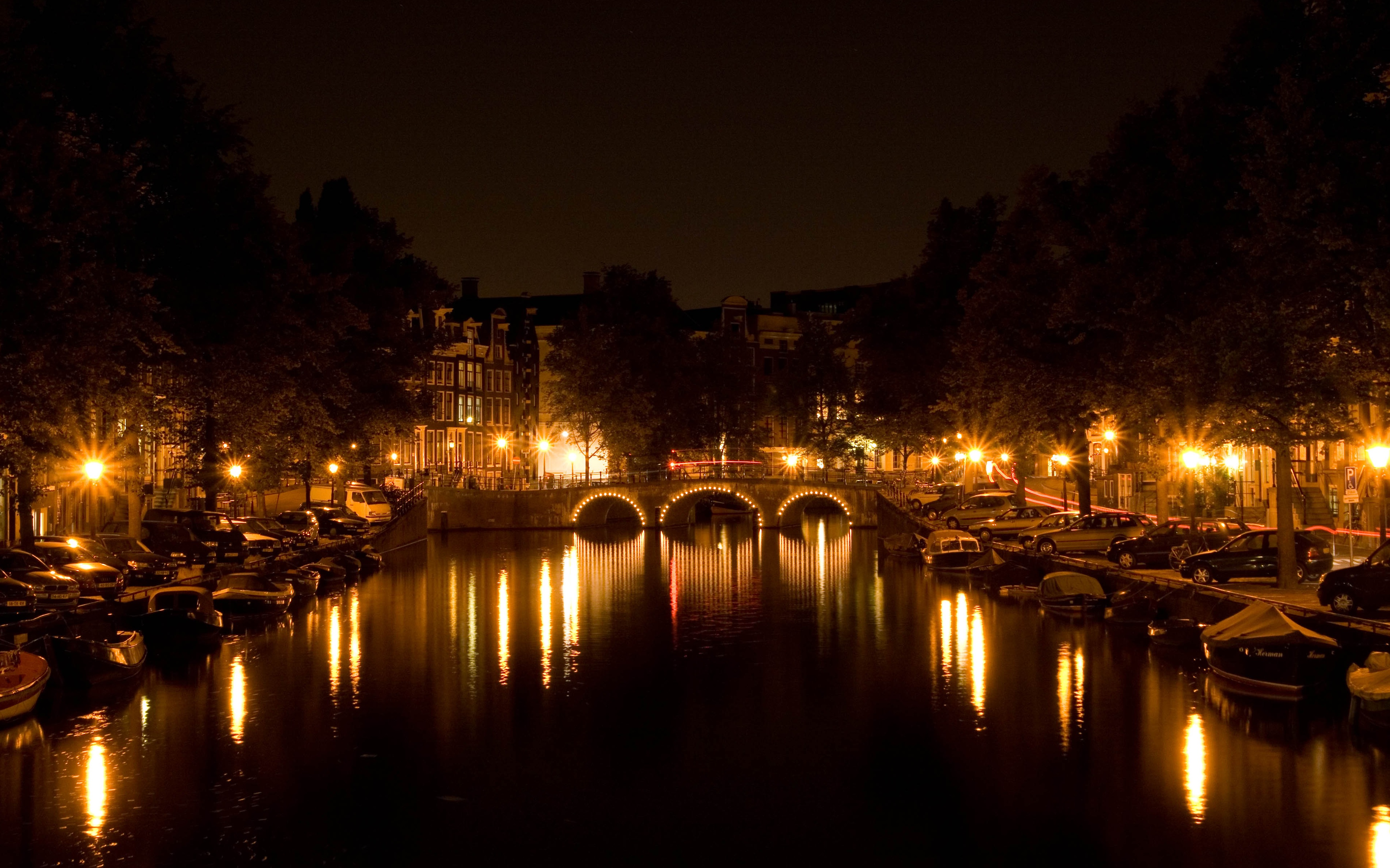 E Food
In Amsterdam, you have plenty of choice of restaurants. Its multicultural society can enjoy Indian, Surinamese, Turkish, Dutch, Ethiopian, German, Asian specialties. And here they are not even all!

F Film
In the Vondelpark is the Film Museum, the only museum of cinematography in the Netherlands. It features an internationally renowned collection of over thirty thousand movie titles from 1895 to present. There are also theatrical exhibitions, outdoor shows and festivals. Every year, the Filmmuseum four major programs which include the history of film is covered.

G Canal
When you walk through Amsterdam, it is impossible to avoid the canals. The center is surrounded by a canal. Famous canals, the Keizersgracht, the Brouwersgracht and the canal. Many tour operators make their tour here. When you do a tour, taste the real atmosphere of Amsterdam!

H Townhouses
Along the canals are beautiful mansions. The canals are the most sought after residential area in Amsterdam and the houses are very expensive. During a walk or a cruise along down these houses you can not help but dream about how you would organize itself. 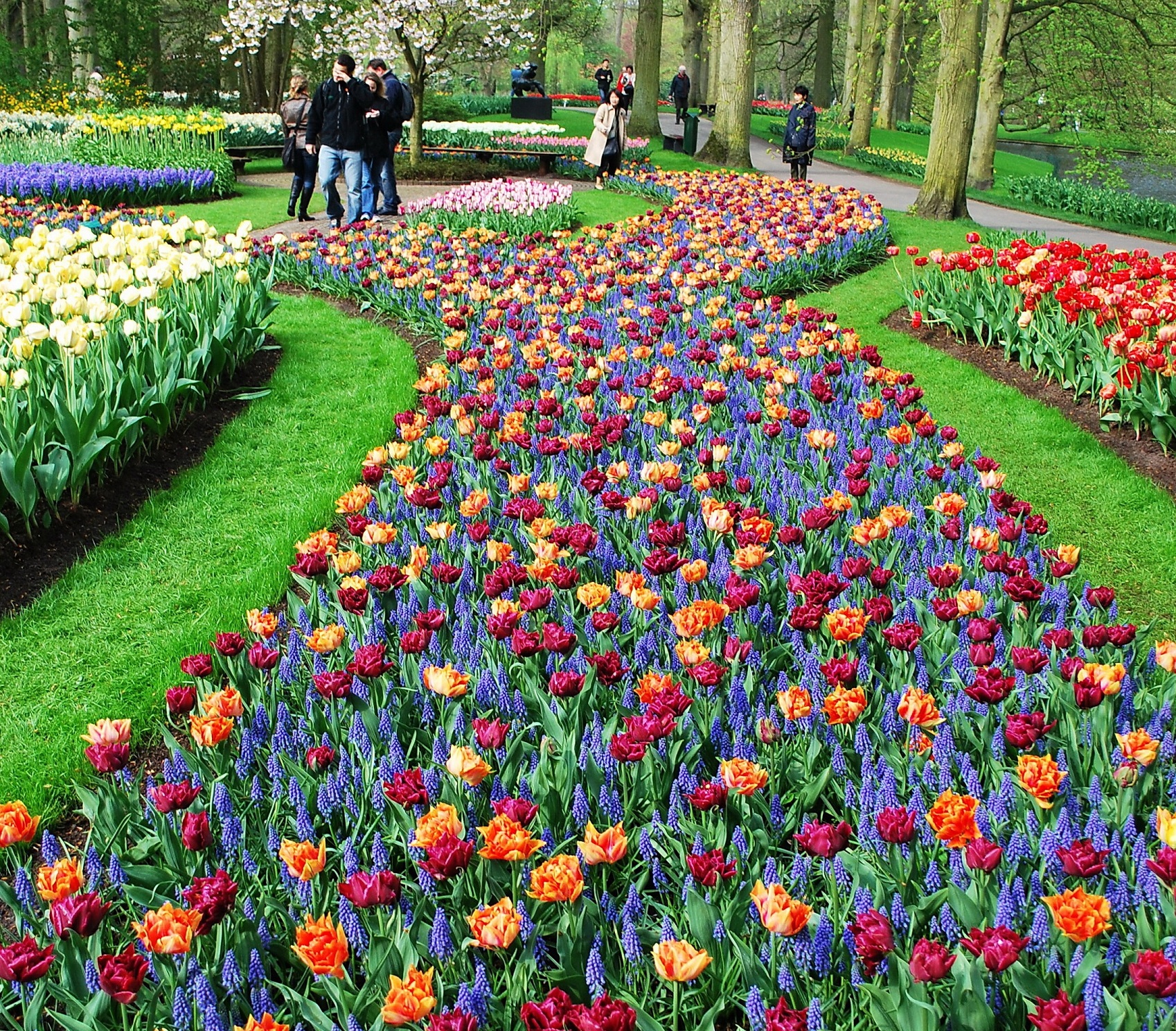 J Jordan
The favorite place for students, artists and young entrepreneurs. Undoubtedly the most romantic and charming district of Amsterdam. In this ‘canal district’ there are numerous small shops and for nighttime entertainment, visit the many pubs. Daily tours are organized by the Jordan. These are independent, but you can also create a guide on the road.

K Kalverstraat
Kalverstraat, who does not know him. The shopping street has existed for over 600 years. Have fun in the many fashion stores, jewelers, beauty salons and restaurants. Visit the sights in and around the floating established as the Amsterdam Historical Museum and the Mint Tower.

L of Lellebel
Lellebel is perhaps the most notorious pub in Amsterdam. This café seven days a week, live shows and themed evenings transvestites. In 1997, this cafe opened its doors in the Utrechtsestraat. In 2000, the Gay Lellebel Canal Boat Parade won.

M Markets
Amsterdam has many famous markets. The most famous is the Albert Kuijp in the pipe. A long street that six days of the week is littered with stalls selling everything can be found. Also known are:

• The flea market (Waterlooplein)
• The Noordermarkt (Jordan on Saturday and Monday, fresh food and clothing)
• The Dapper Market (east of Amsterdam, more than 250 stalls) 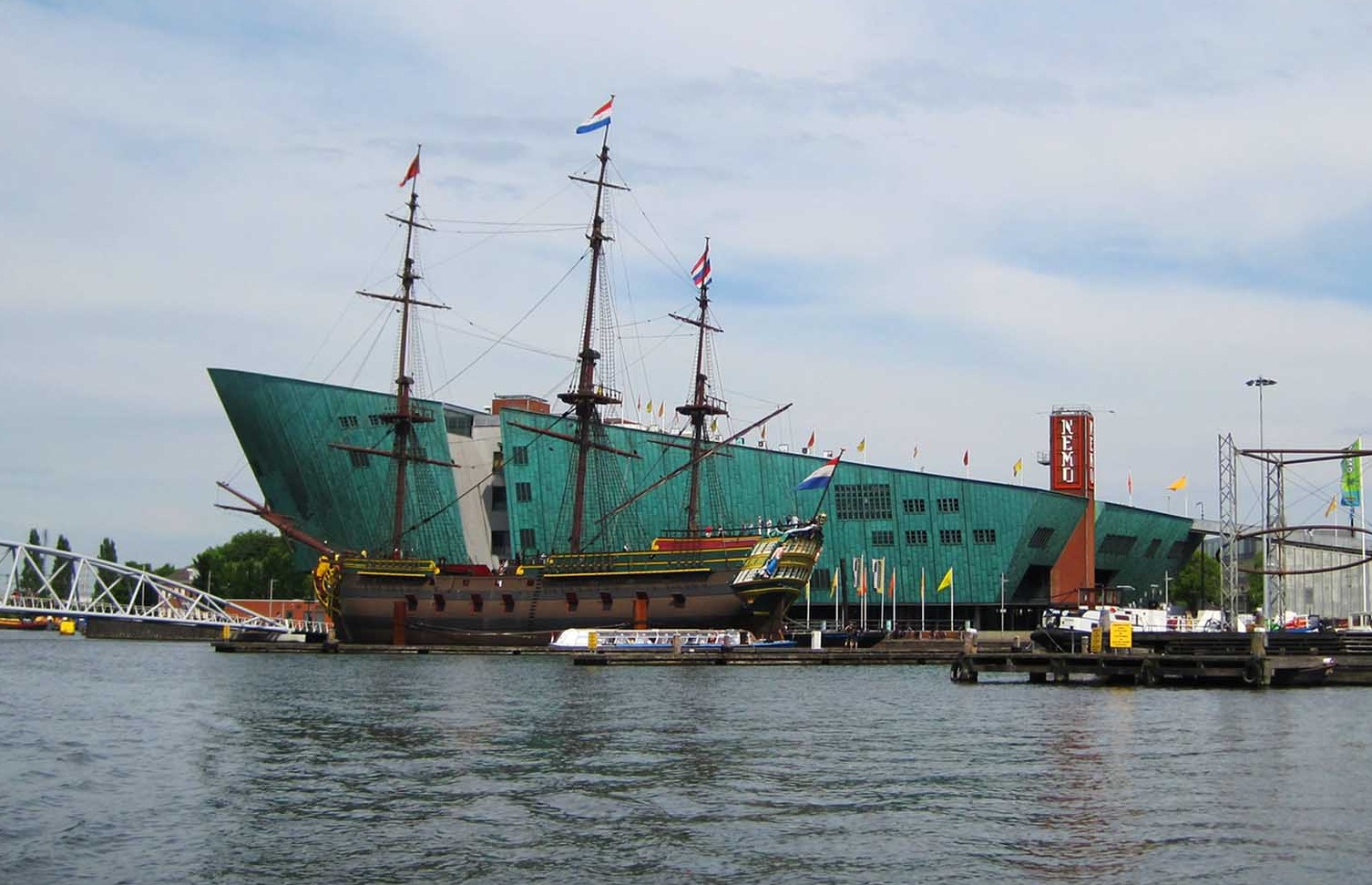 N Nemo
Nemo is a science center for young and old. It is a museum where visitors are actively engaged in various activities. Of a bubble trapped in a memory training. Nemo has no less than five floors of everything you can do and discover.

O Public Library Amsterdam
Why should the library in this list at home? As the central library of Amsterdam’s worth! From July 2007 the Central Library attracts an average of 7,000 visitors per day. The large building in New Style was designed by Jo Coenen and consists of seven floors. You look inside your eyes: the interior is very modern and outside reading material you will find an exhibition space, an auditorium, a restaurant and La Place. Also, courses are offered.

P Persmuseum
Today we have different newspapers in the Netherlands. But how is this form of media actually occur? The Press Museum’s own words to the national repository for the journalistic heritage. You’ll find a large collection of newspapers and magazines since 1600 and more in some relationship to the press.

Q Queensday
Every year on April 30 will change the city in complete chaos. The Queen is back! Morning, all bargain hunters enjoy themselves at the flea market in Amsterdam South. Afternoon breaks loose in the festivities throughout the city. To include the museum and the Rembrandplein find several free concerts. A huge attraction for both foreign tourists and Dutch.

R Reguliersdwarsstraat
This street is at night, especially known for its gay-friendliness. There are specifically targeted at gay bars, bars and clubs. The street runs from the Place Royale to the Rembrandtplein. During the day you can go to different shops and catering businesses. 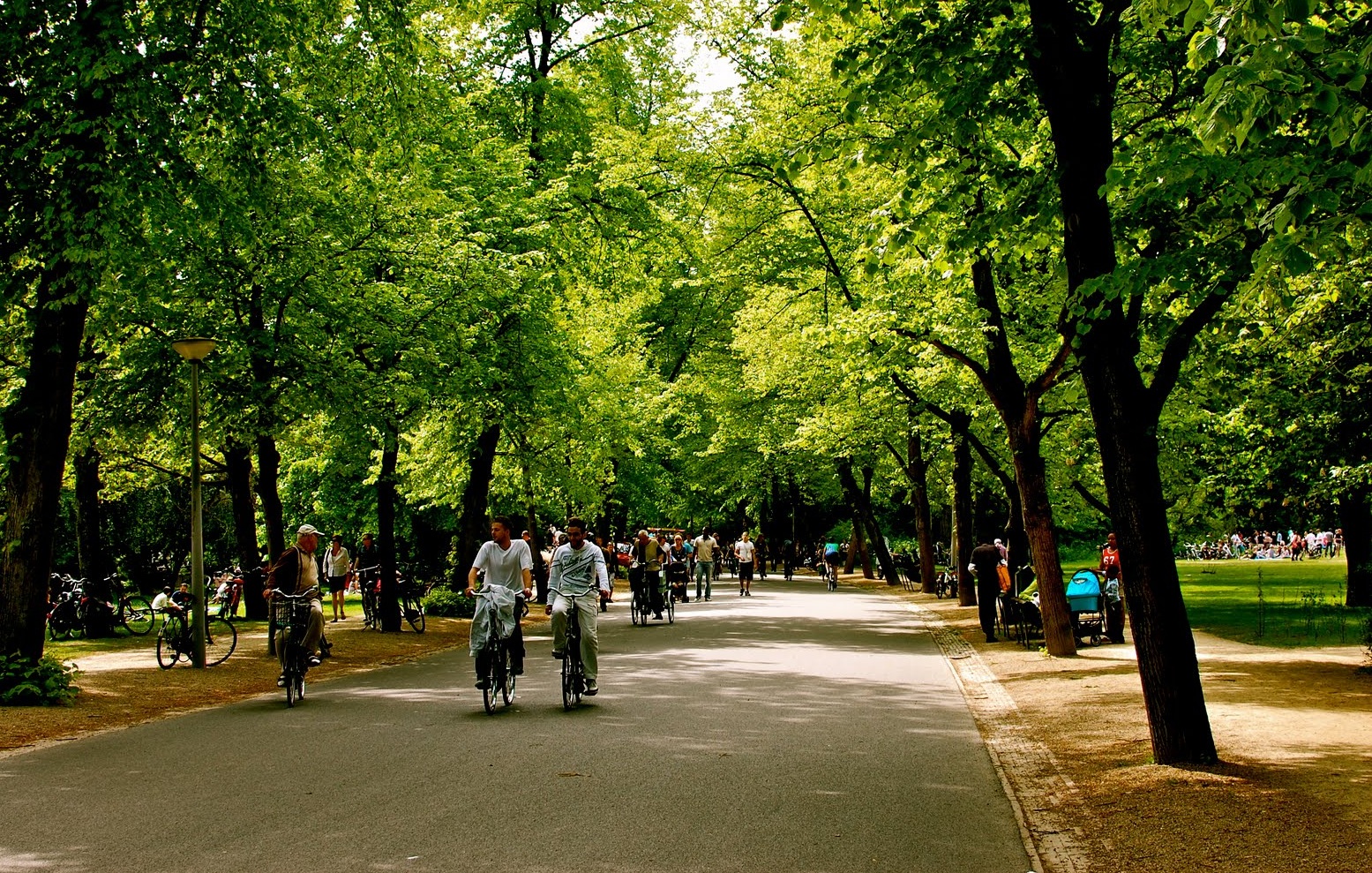 S Schiphol
A fifteen minute train from Amsterdam Centraal Schiphol Airport is situated. Not only for airport passengers is a familiar place, the shopper can entertain for hours. Near the runway are also dozens of plane spotters gather daily to watch the huge aircraft.

U Nightlife
In Amsterdam there is plenty of partying. Both the cultural entertainment (think Carré, the Opera and the many theaters and comedy bars) and the many bars and trendy clubs are popular. On and around the Leidseplein and Rembrandtplein are many popular venues, but also the side streets in the Jordaan and the Pijp are truly and conviviality.

V Vondelpark
140 years old and still attracts the park annually over 10 million people. This park is popular in summer but in winter. There is an active workout, picnic and just walked. In the summer there are cultural show organized in the open air. And in winter you can warm up after a walk in the restaurant Vertigo with a hot chocolate with whipped cream. 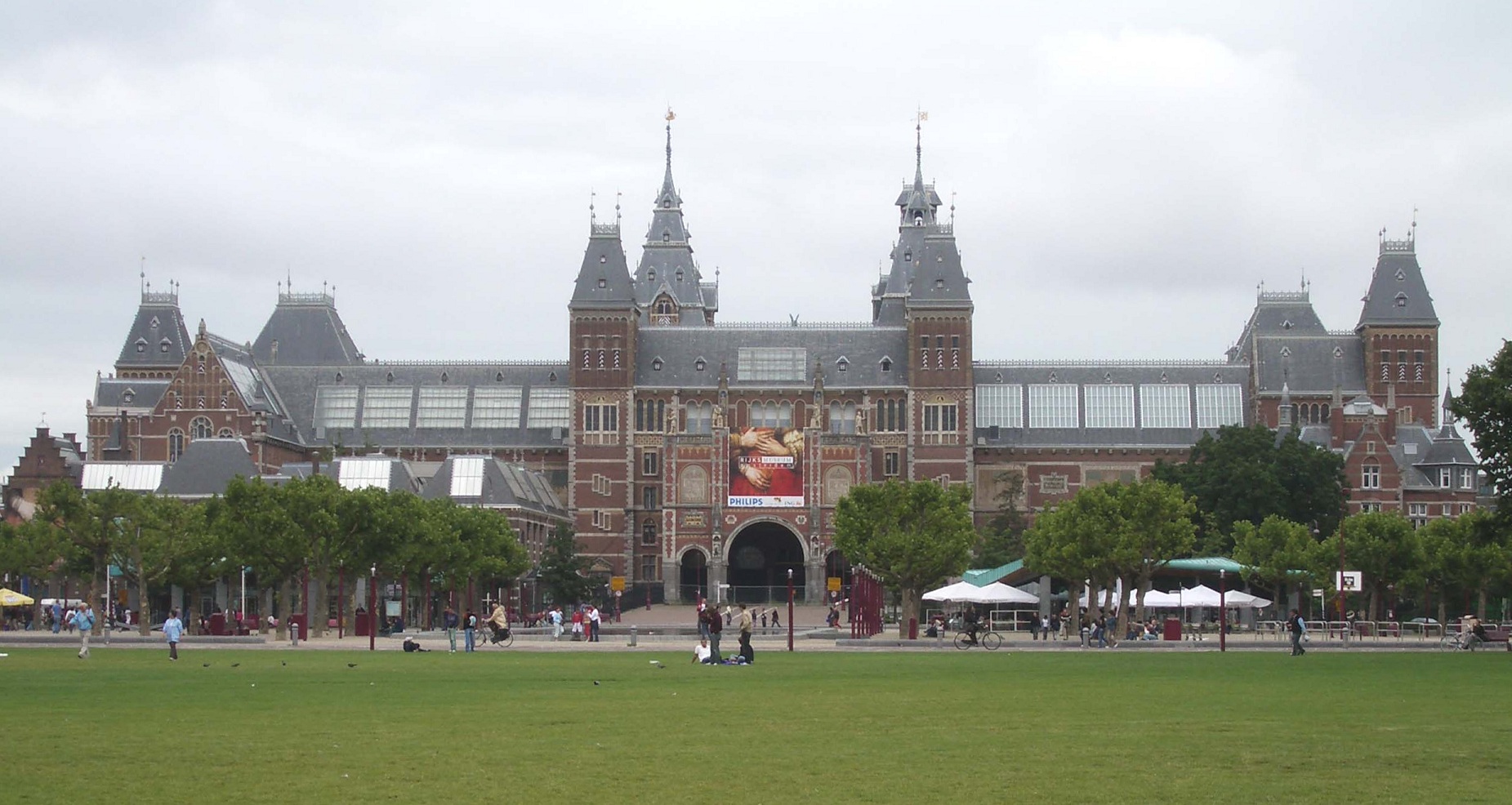 Y IJ
IJ separates downtown Amsterdam North Amsterdam. Every day there are several ferries going back and forth several tunnels (including Coen, IJ) are easy to reach Amsterdam North.

S of Summer fun
Especially in summer, Amsterdam is a great atmosphere. Of course it is extremely busy, but it is above all very nice. All cafes throughout the city are overcrowded and in various parks richly picnicking. When in the summer in Amsterdam, you should definitely try to get a table!