Cambodia A to Z
Siem Reap, Angkor Wat, Killing Fields. These are just a few of the words that come to mind when you think of Cambodia. The rest can be found in this complete-alphabet Cambodia.

A Angkor Wat
The attraction of Cambodia, and to say the largest religious structure in the world. This Hindu temple can be found in the Cambodian province of Siem Reap. The temple was built in the 12th century. Angkor Wat is a UNESCO World Heritage List.

B Ba
Where once only begging monks in Cambodia, it is now almost everyone. There is no social system in the country and if you’re old and helpless, it is often the children who take care of you. During the war, but 25% of the population for many older and therefore had no one who could care for them. Result: the elderly also went begging. Today, even small children begging. Simple mathematics tells you why: in Cambodia is 60% of the population to the lower skilled. This group earns an average of 35-45 dollars per month. No pot of fat! A morning at a popular temple begging supplies quickly 6-7 dollars. Westerners seem to think: “Oh, one U.S. dollar is nothing.” Begging is much more attractive than (hard) work for a pitiful wage slaves.

C Choeung Ek (Killing Fields)
In this area south of Phnom Penh, between 1975 and 1979 at least 17,000 people killed in the most gruesome ways. This was done by the Khmer Rouge (the military wing of the Communist Party of the former Democratic Kampuchea, which is now Cambodia). A cheerful visit will not be at this camp, which is only one of many killing fields at that time. Dug graves with remains of victims, glass covers with skulls … A visit with children is not recommended, not every adult can this tragedy.

D Dongrekbergen
This mountain range forms a large part of the border between Thailand and Cambodia. In the midst of these mountains (with peaks up to 700 meters high) you’ll find include a number of Khmer ruins.

E Food
The Cambodian food looks a lot like eating its neighbors Laos and Thailand. Rice is often the base, only it’s less spicy than the neighbors. Besides rice, there is oo much bread (Cambodia was once a French colony) and fish. 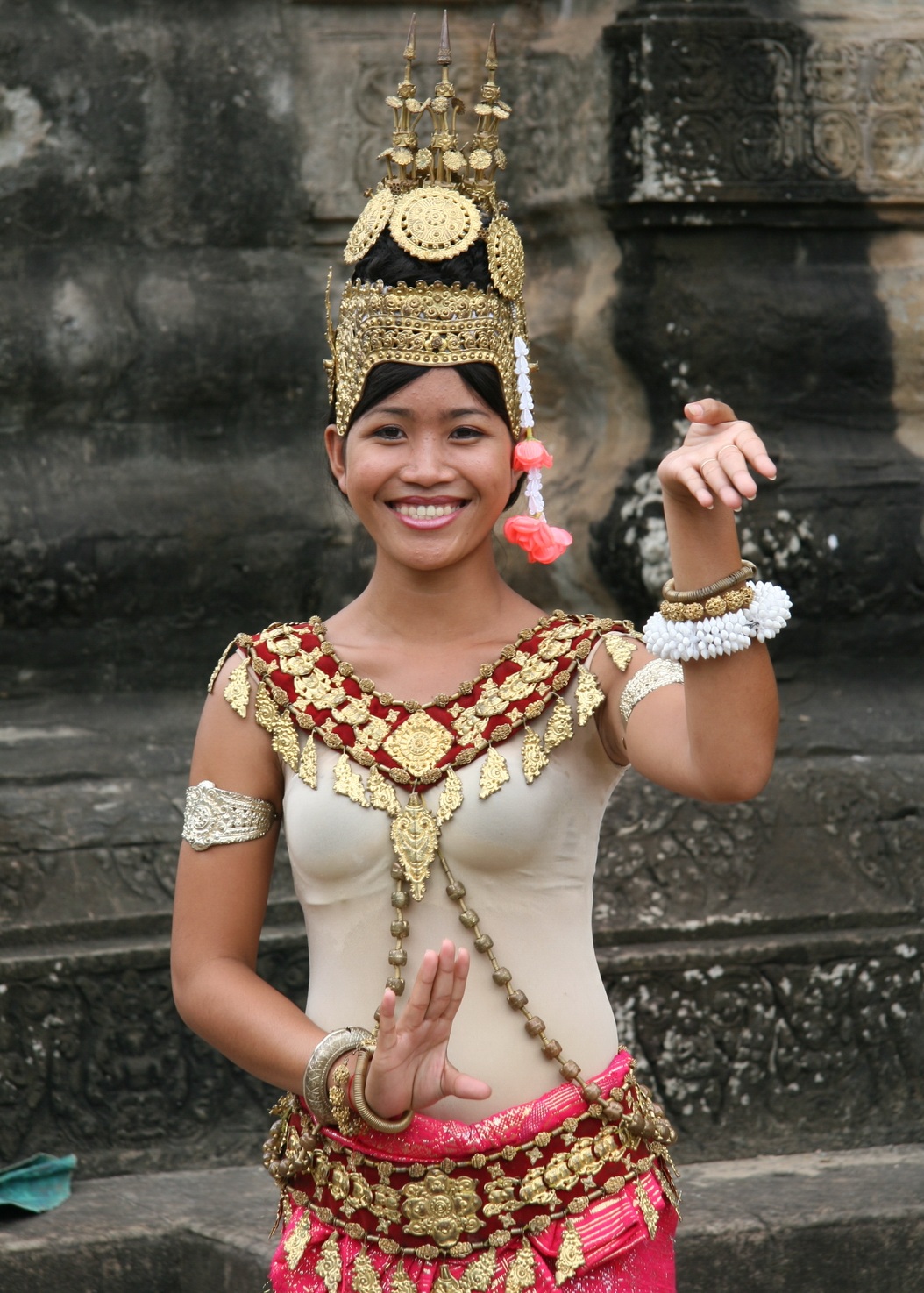 F Floating Villages
Floating villages are characterized by wooden houses on long poles, sometimes up to 10 meters high. This height is the height of water between dry and wet season to bridge. In the dry season, they run down the stairs to land, and in the wet season (June / July / August), they jump from the front door in their boats. The height starting at the water level can vary because up to 8 meters. You can find these villages especially in the vicinity of Siem Reap.

G Go Across the Border
Although many people from Thailand are still going to Siem Reap by plane, you can go by car or public transportation across the border. Will proceed smoothly ite, but the border between Thailand and Cambodia is an experience in itself. Typical chaos!

H Hun Sen
A Cambodian politician, prime minister since 1985 of the country. 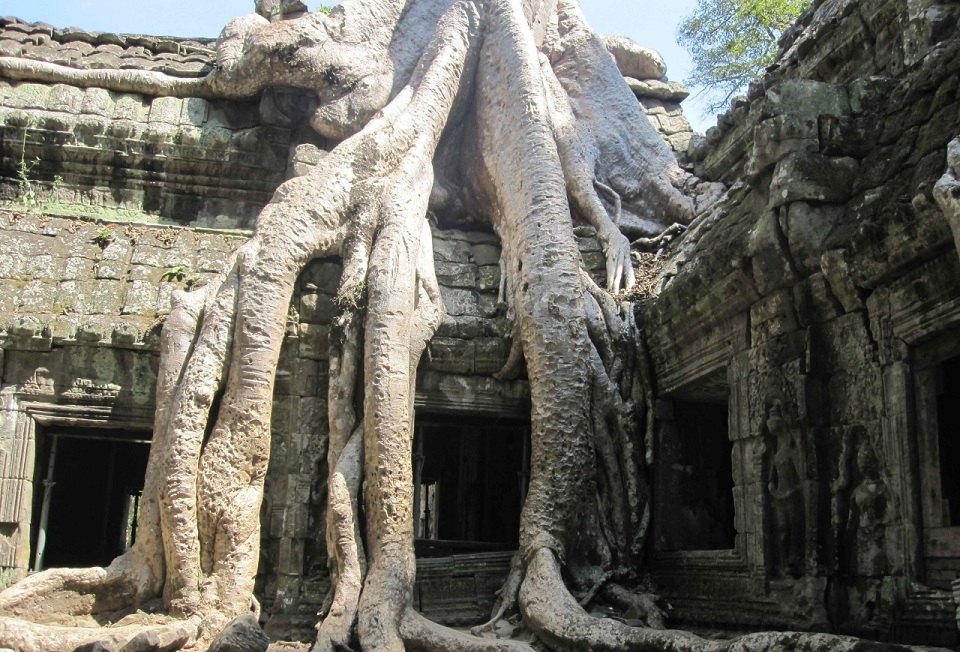 I Inhabitants
Cambodia has about 15 million inhabitants, one million lives in the capital Phnom Penh. Of the population is over 96% Buddhist.

J Seasons
Cambodia does not have four seasons as we know it. When they divided the year into dry and wet periods.

K Climate
In Cambodia, you will never really cold. In the cool months, the temperature rapidly below 10 degrees Celsius. The warmer months (the Cambodian summer), the mercury rising to around 45 degrees. Cambodia also has a tropical monsoon climate divided into:

• dry northeast monsoon (November to / April)
• Wet southwest monsoon (May / m in October)
In January and February is also the least rain.

L of Laos
Cambodia is a popular country to travel around. Avid travelers hold therefore not always only in Cambodia and stabbing the border into neighboring Laos.

M of Mass Tourism
Begins mass tourism in many Asian countries to allow in Cambodia is that many places have not addressed. Okay, the Angkor Wat as tourist destination, but how about the countryside? Ideal to discover the real Cambodian life.

N Nature
Originally Cambodia consisted largely of rainforest. Due to massive deforestation in recent times is only 50% (previously 75%) of forest land. Outside mangrove vegetation on the coast, the rest mostly farmland. 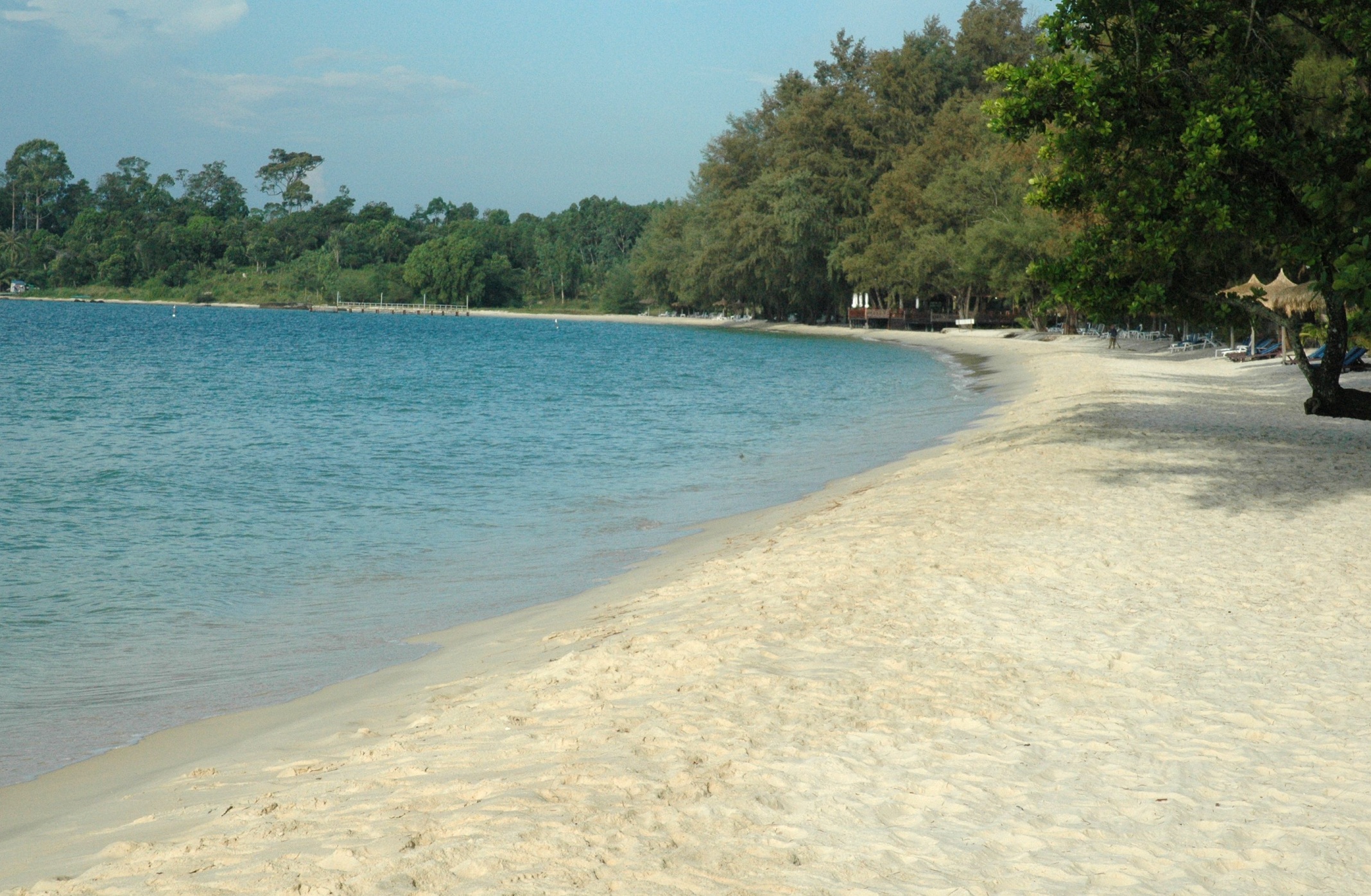 O  Of War
You can safely say that the people of Cambodia have had to deal with too much war. Thus Cambodia was bombed by America during the Vietnam War. An estimated 600,000 civilians were taking. When that was over was the Khmer Rouge and the government took the land. It came to between 1.5 and 2.5 million people, 25% of the then population.

P Phnom Penh
Phnom Penh (hill of Penh) is the capital of Cambodia, which you in the southeast of the country is. The city lies at the confluence of the rivers Mekong and Tonle Sap River. One of the highlights of the town is the Silver Pagoda.

R van Riel
Riel is the currency of Cambodia. Many are not used, because it’s barely worth something. Cambodians prefer that you pay with American dollars.

S Siem Reap
Siem Reap is the capital of the province. In terms of population is the third city in the country. And it attracts many tourists. Especially because the Angkor Wat in this range.

T Ta Phrom
The jungle temple. This temple (which include a scene from Tomb Raider was shot) is overgrown by numerous ancient, impressive trees. Unique sight! You can find this temple near Angkor Wat.

U of Unique Nightlife in Siem Reap
If you stay in Siem Reap, do not miss a visit the night market which continues late into the night. Allows you a few dollars on the street and get a massage Cambodian typical cocktail in one of the many bars.

V Voice of Anthem
Nokoreach since 1993 the official anthem of Cambodia. This song is based on a Cambodian national anthem, was previously used as a national anthem, but in the Khmer period, this was abolished.

W UNESCO World Heritage Site
Not only the Angkor Wat is a UNESCO World Heritage List, there’s a Cambodian information regarding the Preah Vihear Temple. This Hindu temple complex situated on the border of Thailand and Cambodia. Years there has been fighting to whom this complex (now a ruin) would belong. In 1962 it was decided that it belongs to Cambodia.

Z  Zest of South China Sea
Your sojourn on the coast of Cambodia, you can take a dip in the South China Sea. This sea borders alongside Cambodia also to China, Taiwan, the Philippines, Malaysia, Brunei, Indonesia, Singapore, Thailand and Vietnam.