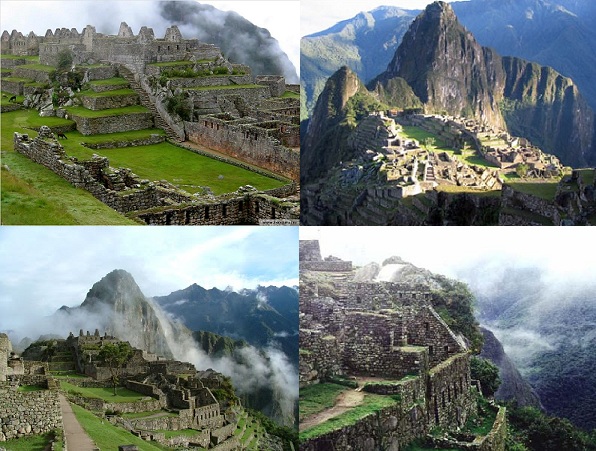 General
Machu Picchu is probably the best preserved agricultural center of the Incas and was used for the supply of agricultural products to Cuzco. It is the most enigmatic telluric (belonging to the earth) area in the Southern Hemisphere.

The town is situated between steep mountains, about 2,350 meters high, about 100 km of Cuzco. And is sandwiched between two steep peaks, namely the Machu Picchu and Huayna Picchu (Young Mountain). Urambamba runs through the valley, a
strong current at 1,750 meters altitude.

There are traces that Machu Picchu early as 2500 BC. in use would be been. The fact was part of ancient Lemuria and formed a
triangle with Hawaii and Easter Island.

The Incas
An Indian tribe that lived in South America at the crossroads of the current
Ecuador, Peru, Bolivia and Brazil. They were also found in Argentina. The
height of their culture lasted nearly 100 years, that was somewhere between 1438
and 1530, after which the Spaniards under Francisco Pizarro,
were overcome. Large parts of modern buildings that can be found in
Qosqo the Peruvian city, formerly Cuzco, built on the remains of past
Inca buildings. Cuzco was once the capital because of the Inca Empire. 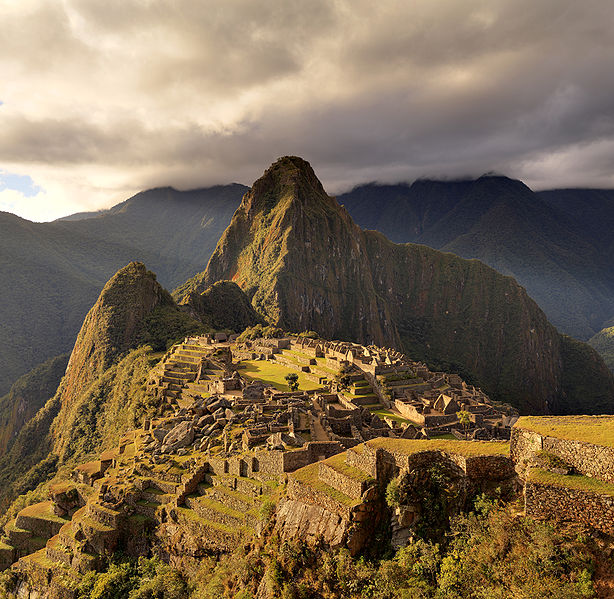 History
Because the city was hidden so, the Spaniards never found her and
therefore not had the opportunity to destroy it. Why the Incas Machu
have not built
entirely clear. Machu Picchu because it was so difficult to reach, but there was
a steep path to the city (the Inca road, camino del Inca), the king and stayed
highly placed here often because this could be safely walked the streets. Still
Machu Picchu is still a spiritual center and many Shamans and mystics from
Peru still make regular use of these ruins.

When the Spaniards the Inca’s accounts had been the influx of nobles naar
Machu Picchu stopped.

Machu Picchu
The city, it seems like it hangs on a ledge, overlooking the gorge and Uramba
in the 15th century by Inca ruler Pachacuti, not only for
royal, but also for religious purposes. The city has a lot to stay
shelters for nobles and their servants. In total, approximately 750
people while staying in the city.

The most important find in this city of the Incas was the Intihuatana, literally “to
bind the sun “means. It is a stone pillar which rises from a large
rock and was used for the rituals surrounding the winter turn. During
this ritual on December 21, led a ceremony for a priest and priestess
the sun at a stone bound. This was intended to amend his motion to
and to produce a new season.

The energy center contains is strongest during the solstice and the
full moon. The energy is so sacred by the Incas, when seekers
the stone prayer, Intihuantana knowledge and visions to those who
pure in heart.

There are different translations for the name Machu Picchu, namely Great
Mountain, and Male Oudeman Peak Height
The entire city covered an area of ​​13 km ², built on terraces in a
mountain were carved
The tower was built with rectangular blocks that were stacked horizontally,
the top of the blocks were hollow, the bottom ball so solid
Construction was
The walls were made of white granite blocks of enormous dimensions,
precision carved out and merged
Since 1983, Machu Picchu on the World Heritage list of UNESCO
Each year some 400,000 visitors
Daily Up to 500 people (visitors of the Inca Trail) into town.
As guides, cooks and porters also count, there is only room
for 180 tourists
It is recommended that due to the large influx of Machu Picchu, three to six
months in advance to reserve. Backpackers at random the Inca Trail
walk can have access to the holy city to forget 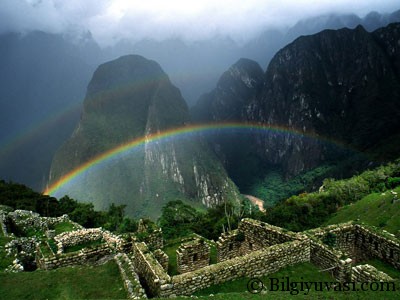 Inca Trail
This is the old route of the Incas have built. It was probably in
chronological order, the path they have followed to arrive at the place
where the Holy city was built.

The Mahcu Picchu and Huayna Picchu are a first belt around this magical
places, the higher peaks around it half. The Incas believed namely
this place was chosen by the Cosmos, at dawn on June 24 (Inti
Raymi) appears on a figure with two concentric circles on the
Intihuatana is affixed to a light triangle Maccu Picchu points.

Rediscovery
On July 24, 1911 carried Hiram Bingham, a historian at Yale
university, a study of the Inca trails. He decided to look into the
never found last capital of the Incas, Vilacbamba. He found
Machu Picchu, whose walls were difficult to see, completely overgrown with
trees, moss and dense undergrowth of vines. 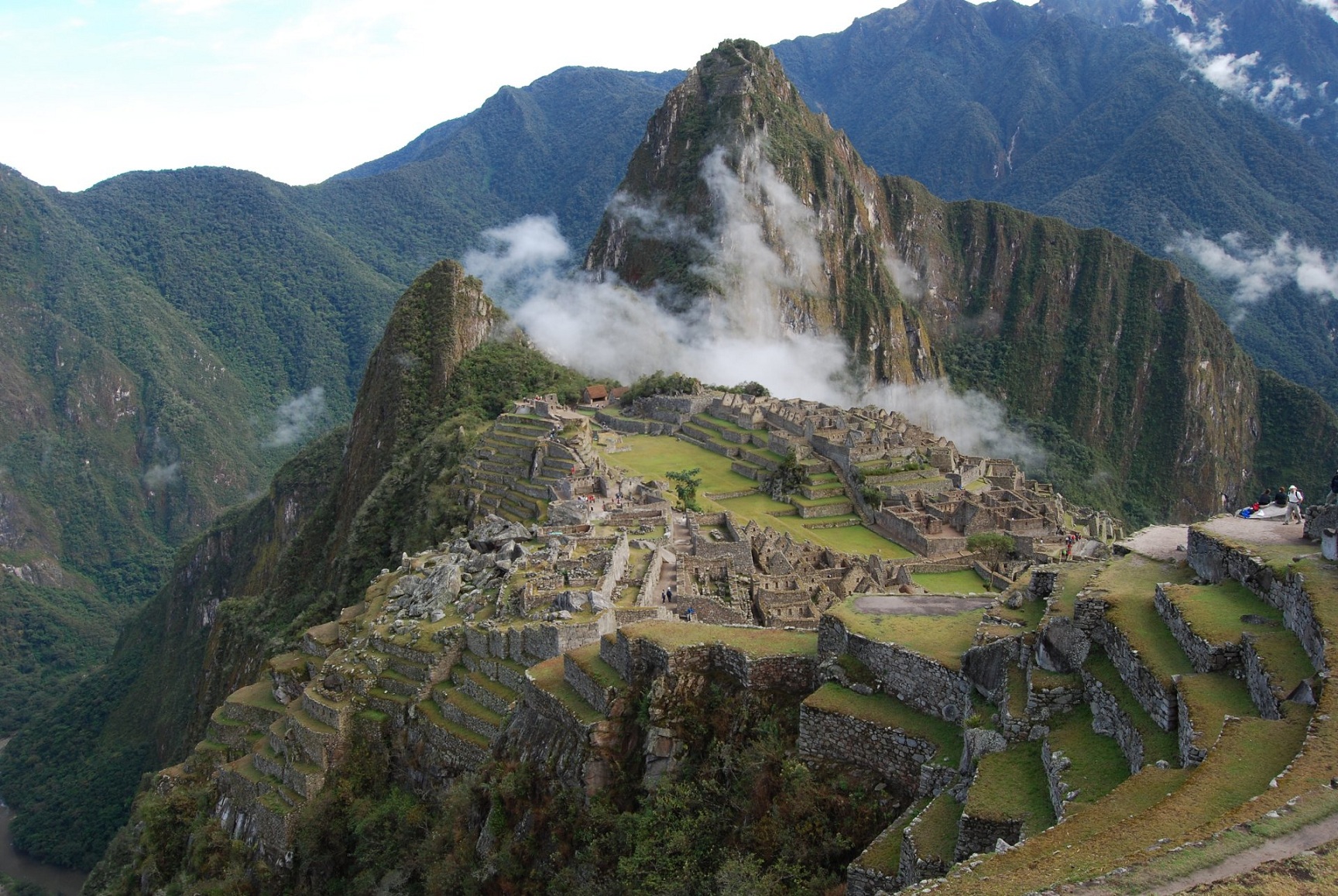