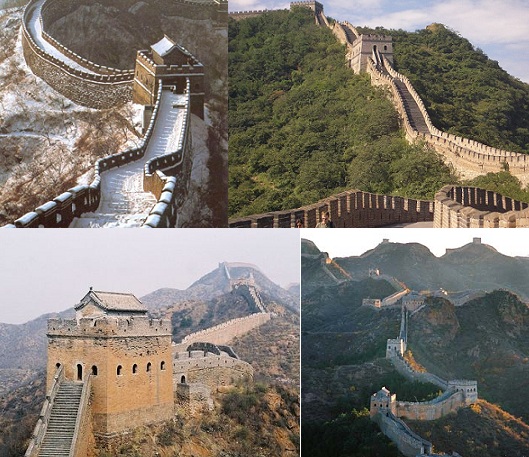 The wall over Shanhaiguan in Bo Hai with a large fort (Old Dragon’s head) about 300 km east of Beijing, to Lop Nur in the southeastern part of the Xinjiang Autonomous Region.

The wall is never fully discovered, its length and direction are not good mapped. Thanks to recent aerial and satellite images show that the wall about Measuring 6,400 km

Over 1,000,000 people watched the wall
This happened in more than 1,000 forts and watchtowers
With the build at least 20 states are involved
The wall was on average 7 to 8 meters high and 6.5 meters wide at the base and top 5 meters
A Chinese li is about 500 meters, so the 12,000-li wall (such as Chinese
call him, is 6.4000 miles long
Upon arrival of the enemy was a fire made of wood, straw and manure
A cloud of smoke meant 100 soldiers, two clouds of smoke 500 men, three more
than 1,000 soldiers, four clouds of smoke were more than 5,000 men and finally
five clouds of smoke were more than 10,000 enemies
The building of the Great Wall, it is possible for a small wall
of 2.5 meters high and 1 meter thick and built around the equator
Worker per worker, there were 6 others to the material and
stock to provide
The Chinese rulers saw the wall as a defense, the nomads as a
threat to their surrender. From the 17th century was admired by the wall
Westerners as the Chinese today proudly to their old
fathers look great. They have become a great tourist attraction and the
wall is the symbol of China 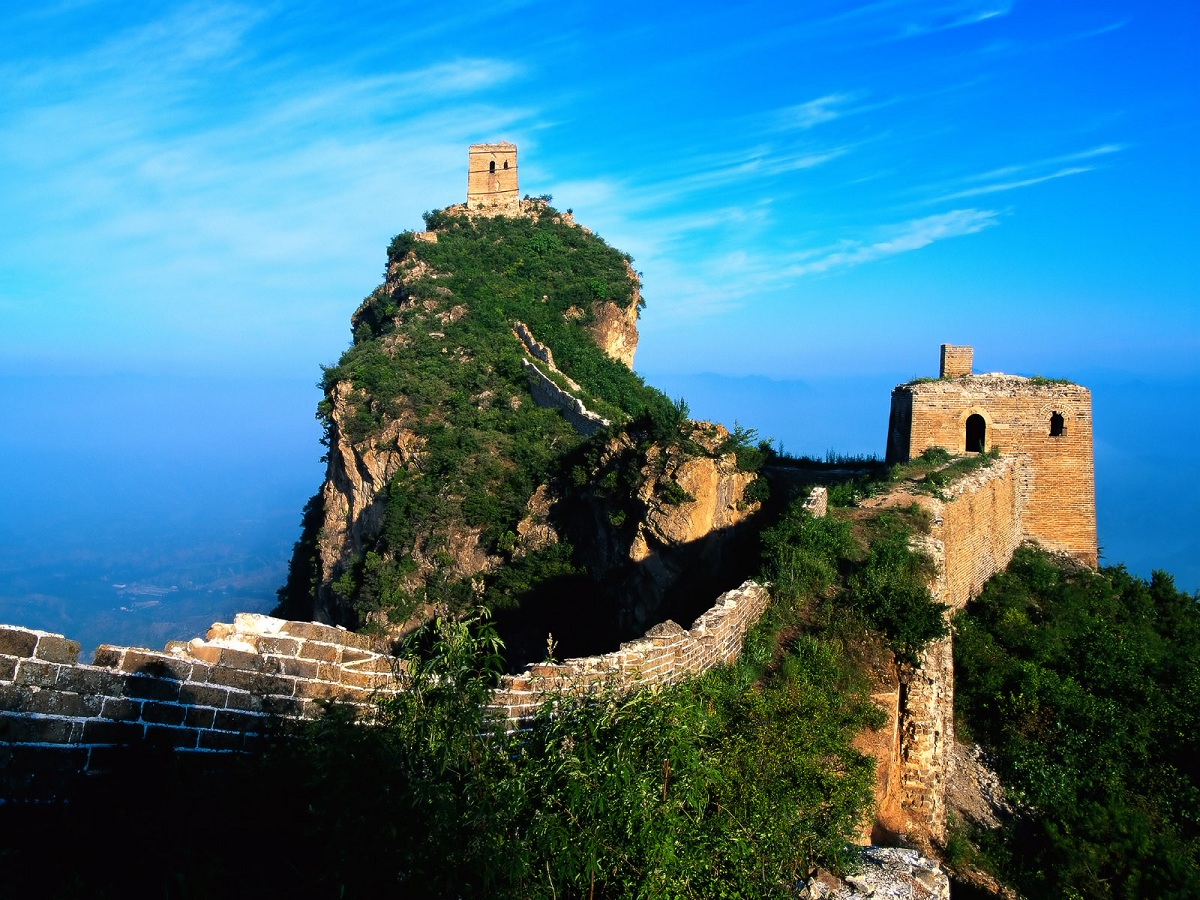 Dynasties
Qin Dynasty
The first part was about 200 BC, built by the Qin dynasty, as
defensive against wandering armies invasion from the north. The first
Emperor Qin Shi Huang first connected the walls after the unification of China
Qin dynasty to better protect his empire. It was 10 years to
Wall worked and there are rumors that more than one million people above
died.There were wooden frames filled with soil, which was firmly tamped. Once
the wooden frame was removed, a solid wall over. 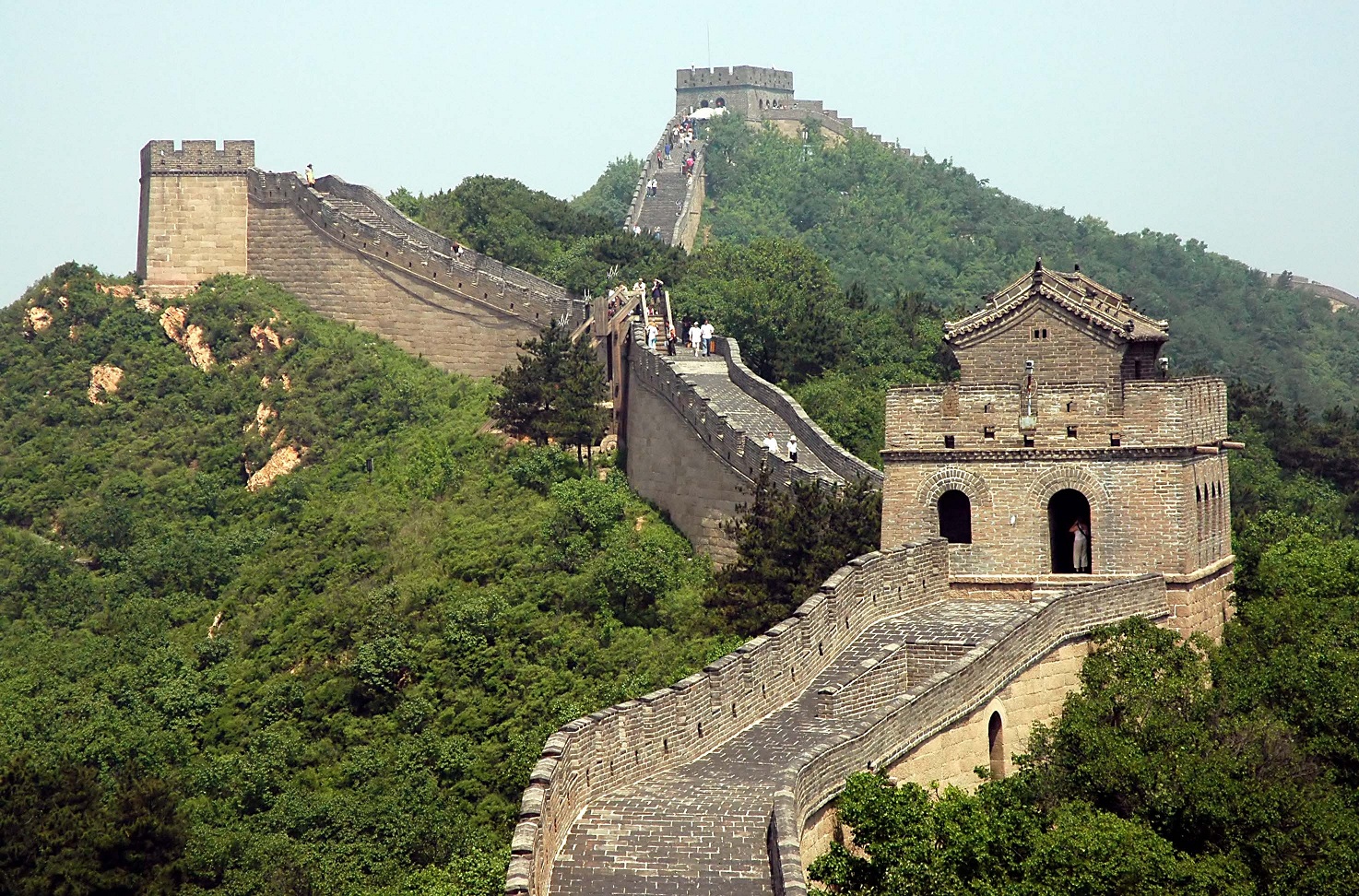 Han Dynasty
The little success that was achieved after negotiating with the enemy,
Huns, there was little money available to the wall sufficiently to expand. There were
repair work, and in the west were added to the pieces
rich continue to protect, especially the legendary silk route
protect.
Here, the same techniques used in the Qin Dynasty.

Ming Dynasty
The Ming builders were the main wall, and under their reign, the wall
expanded as he is known. At fixed distances from each other 1300
watchtowers built.
Ming used the enormous amount of nearly indestructible blue-gray brick
to supplement and improve the wall. Using horseshoe
these stones were fired ovens. 1m ² of these stones, weighing 2700
kg treaties, the stone walls were filled with earth.

Construction
There were workers from three angles provided for the construction of the wall.

Front-line soldiers (about 300,000). Since the Qin Dynasty was already using
made by soldiers. Besides the monitoring of other workers and defending
of the wall, they were also used to construct them.
Farmers (estimated 500,000). Hundreds of thousands of peasants were forcibly
to the north sent there under the command of the army wall
helped build.
Prisoner of war and criminals. Since the days of the Qin was a
penalty included in the Code, the “Cheng Dan”
(Wall face). The convict was given a brand on the face and punishment
to 4 years to work on the wall. Many of these workers died because of
inhuman living conditions. Hence the many mass graves along parts of
the wall. When a criminal died within 4 years had a relative
its place and criminal uitdienen. 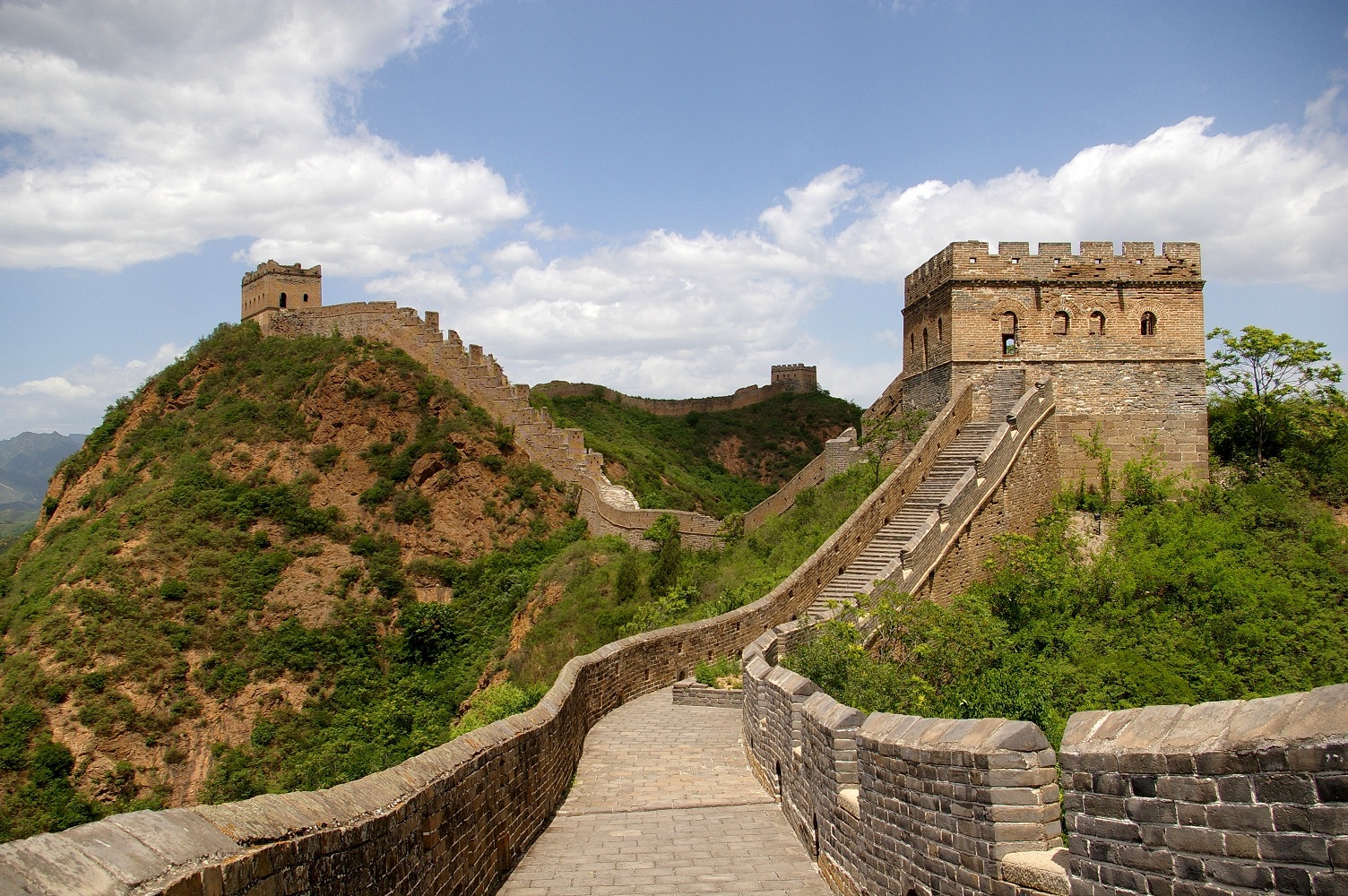 In the north and northeast, the rocks and boulders from the cliffs
pried without cement and stacked into a wall of 5 meters and
towers up to 7 meters high.
In the barren west rocks were scarce. A box of planks work was
volgegooid with loose soil, extracted at least 10 cm below the surface to
more seeds and plants were present. Each layer of 10 cm was rammed into
a wall of about 6 meters height was reached. Finally, the whole
covered with a layer of greasy clay.
In the desert, working with carpentry of wood which twigs of a
red willow species as substrate was used. Then came sand and gravel and
spurted after the combination, and they stomped it to an ancient form of armed
concrete emerged. Again, with the greasy clay things off smoothly.

Drainage
The wall must always remain passable, so it had to rain
removed. In many places the drainage holes and drains still
to see. These were always on the Chinese side of the wall, to prevent
the enemy would use aid as climbing pipes, and prevent the
other side of the wall was vegetation.

By
There were also present on the wall buttresses, blocks that protruded above the wall
and the soldiers could store their belongings. They were equipped with holes,
so the guards could shoot the invaders and themselves safe.
The watchtowers were places where the soldiers lived and kept their belongings.
The towers were close enough together that there could always be transmitted together
be. On top were crossbows were later replaced by guns.

Other
In 1987 the wall is included on the World Heritage list of UNESCO.
In December 2006, the state news agency Xinhua that a large construction company a
fine of nearly € 50,000, – has been since he was a highway through the Wall
in the northern region of Inner Mongolia has built. The construction of the road
has caused major damage to the wall and three ancient villages protected
status, according to a Chinese government official.

Present
The wall in many places is badly damaged or even demolished. Some
documents must not be entered. The stones of the wall have been used
for other purposes or has been damaged by erosion or war.
Various parts of the wall are open for viewing and very popular
the visit from Beijing.