Fengshine Plaza to the Friendship

Starting from Renmin Square and heading west, first stop for most visitors is

9am–8pm), where you can gauge China’s true level of commitment to

protecting intellectual property. The entire mall, all three storeys, is devoted to 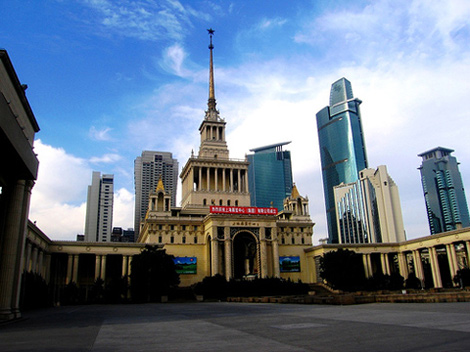 Across the road, an unassuming side street, Wujiang Lu, curls off Nanjing Xi

then runs parallel to it, and is well worth exploration. Lined with cheap holein-

common to the rest of China but in short supply in glossy Shanghai. 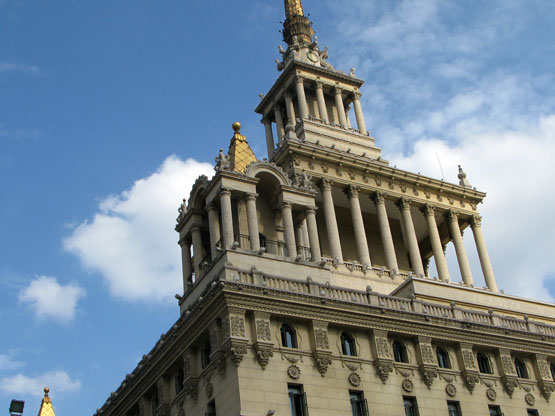 Yang’s fried dumplings, at the western end, are some of the best in the city

Back on Nanjing Xi Lu, the north side of the street is given over to a string

a row like souvenirs on a mantelpiece. They’re all rather too heavily weighted

towards luxury brands, with the result that there are generally more staff than

shoppers. The last of the giants is the Shanghai Centre, which despite an underwhelming

entrance through a car park, is one of the more interesting upscale

places, host to the excellent Element Fresh café and the five-star

nightly acrobatics shows  Directly over the road, and surely in a permanent sulk at the capitalist behemoths surrounding it, the Shanghai Friendship Exhibition Hall is a

and capped by a gilded spire. Constructed by the Russians in 1954, it was

permanent exhibition of industrial machinery from the Shanghai area – proof

of the advances achieved after 1949. Now it’s a vast and vulgar hall for trade

fairs. Ironically, its most distinguished show in 2007 was the wildly popular

“Millionaire’s Fair”, at which the city’s new rich enjoyed browsing through 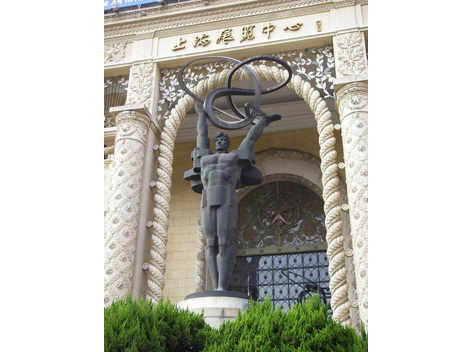