Allover New Zealand from A to Z; A complete tourist guide of New Zealand, almost everything in brief and simple.
Auckland, kiwi, Queenstown. These are just a few of the words that come to mind when you think New Zealand. The rest can be found in the entire New Zealand alphabet. 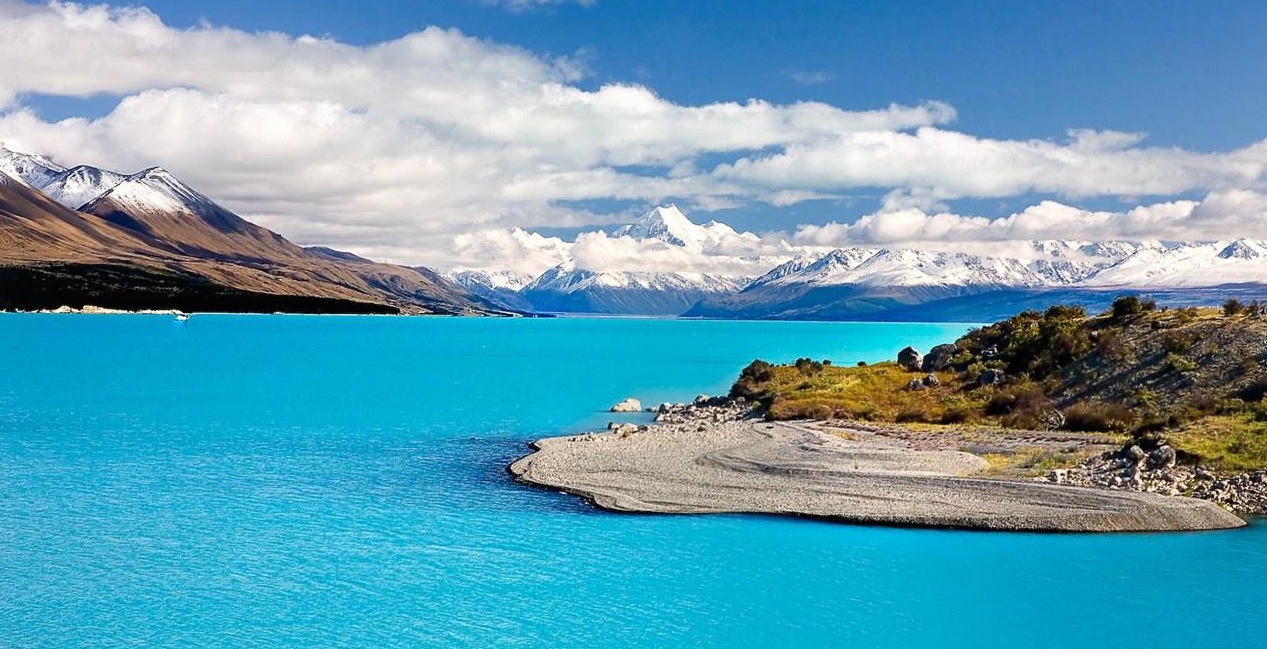 A Auckland
Over one third of the four million inhabitants of New Zealand live in Auckland, the largest city in the country. Auckland is beautiful with its ports, one of the most beautiful marinas in the world. The City of Sails is built on 50 islands and extinct volcanoes. You can not leave Auckland until you get the elevator to the top floor of the Sky Tower have taken. The highest tower in the southern hemisphere is no less than 318 meters high. Once at the top you can enjoy breathtaking views while you have a glass floor.

B Bay of Islands
This beautiful archipelago in the north of the North Island is one of the most visited destinations in New Zealand. The golden sandy beaches, beautiful bays and small islands make this destination worth. But the subtropical climate makes for a pleasant stay. The three main areas:

• Pahia. An excellent base for dolphin watching or even to swim!
• Waitangi. Here, on February 6, 1840 the Treaty of Waitangi was signed. After signing this treaty New Zealand a separate British colony.
• Russell. A former whaling station, devoted to tourism, fishing and oyster farming.

C. Cook Islands
This archipelago of fifteen islands in the southern part of the Pacific is politically connected to New Zealand. It’s there all year round good weather, the atmosphere is relaxed, the beaches are pearly white and the sea is bright blue. And, it is one of the most favorite destinations of the New Zealanders themselves! 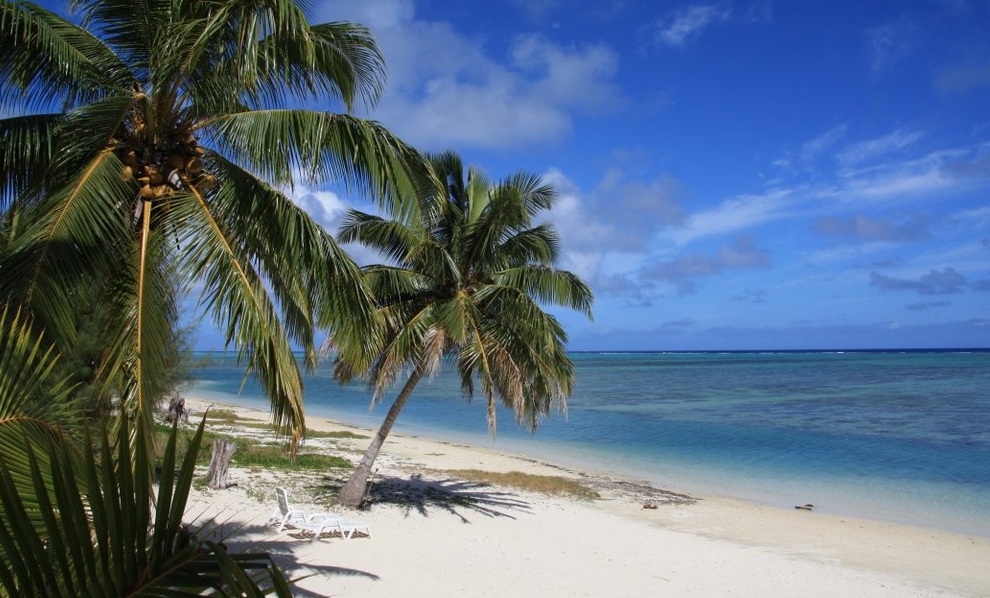 D Dollar
A New Zealand dollar is worth about € 0.50. Prices in New Zealand are comparable to prices in the Netherlands. Yet New Zealand is an ideal destination for budget travel, because the accommodation, food and transportation affordable.

E Extreme Sports
In 1986 the New Zealander jumped A.J. Hackett of the Eiffel Tower, with only a rubber band on his leg. For the first time the public can learn a new sport: bungee jumping. In 1988 the first commercial jump site in the world from the Kawarau Bridge. This bridge in Queenstown is currently the most popular place for bungee jumping. But bungee jumping is not the only extreme sport that is popular in New Zealand. The country offers many more challenges for thrill seekers. In a ball rolling down a hill, jet boating, skydiving, rafting a wild river or rappelling into a cave, you can not think!

F Fiordland
Fiordland National Park may be justly called Walking Capitol of the World. In this area you’ll find impressive mysterious lakes, steep slopes, huge waterfalls, wild rivers and of course beautiful fjords cutting deep into the country. The most famous fjords in the largest national park in New Zealand are:

• Milford Sound
• Doubtful Sound
• Dusky Sound
G Glaciers
The South Island has about sixty glaciers, but the most famous and impressive are the Franz Josef and Fox Glacier. If you want to see these glaciers up close, you can make a so-called glacier walk. But you can also create a glacier flight, where you control a helicopter is brought to the ice. From the snowy peaks you can enjoy a fantastic view! 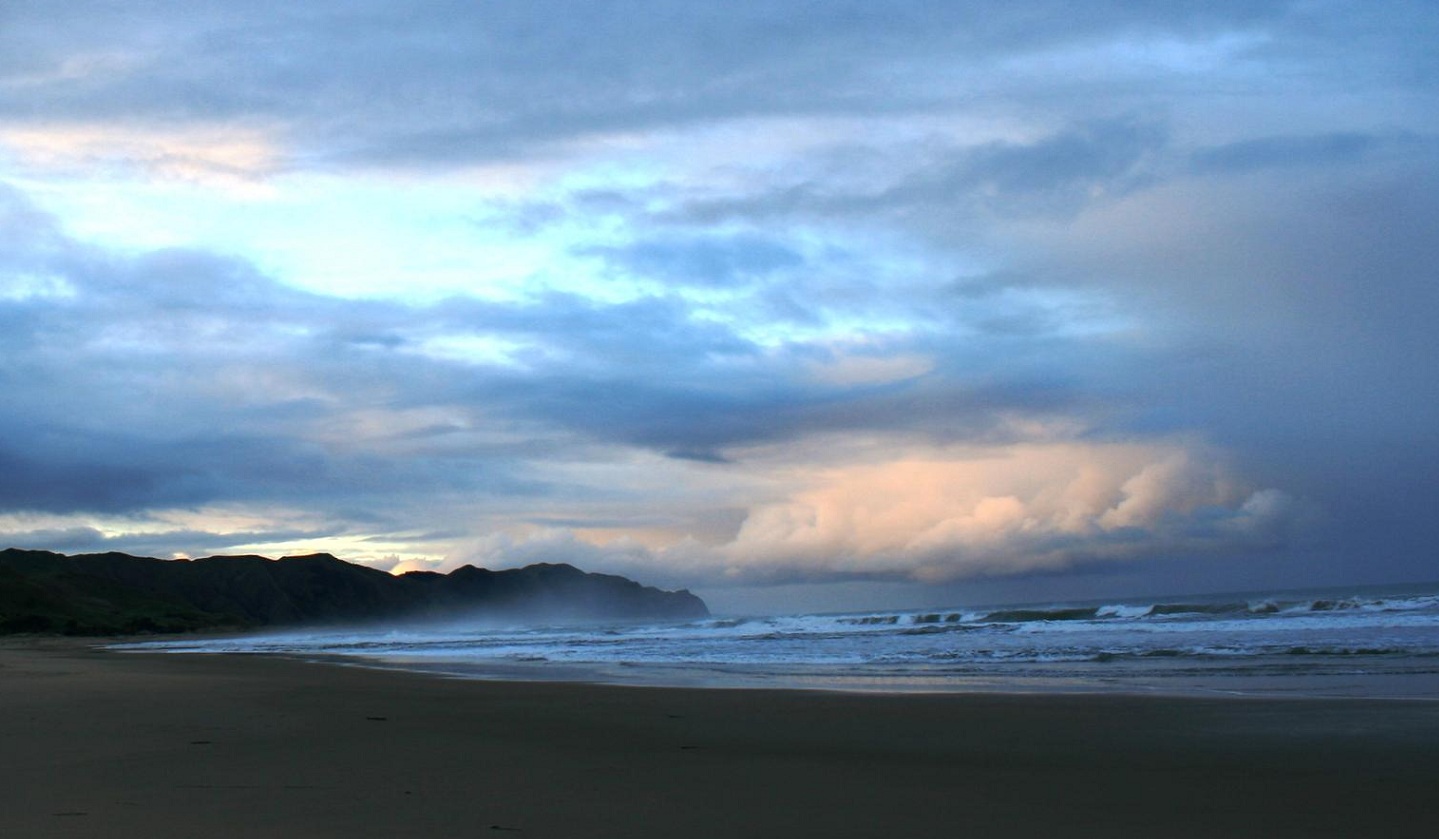 H Hot Water Beach
At the beach on the east coast of the North Island hot springs bubbling up in the sand. Take your shovel and dig at low tide, your own private bath!

I Residents
New Zealand has about four million inhabitants, also called kiwis. It is a young and enterprising people, very friendly and enthusiastic. Moreover, they are hospitable and very interested in visitors. It is easy to contact them to explain. Their motto? Let’s give it a go.

K Kiwis
The kiwi is the symbol of New Zealand. The kiwi is a flightless bird that occurs only in New Zealand. Since there are no predators on land previously occurred, the hairy bird lost any need to fly. Since the first humans set foot, but the kiwi is an endangered species. 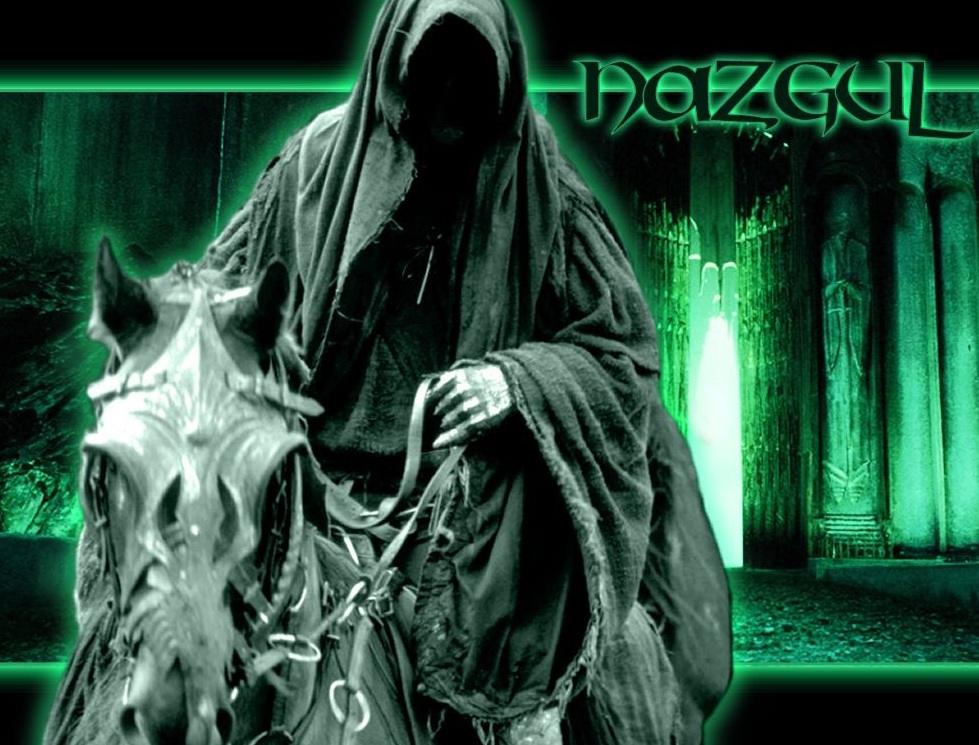 M Maori
The special culture of the indigenous people of New Zealand is reflected in, among other songs, dance, language and place names. For example, you often greeted with”Kia Ora “(hello). 14% of the New Zealand population is Maori, which are often identified by their facial tattoos (Ta Moko). During a visit to a traditional Maori village, get acquainted with their particular customs and get to hear wonderful Maori legends. 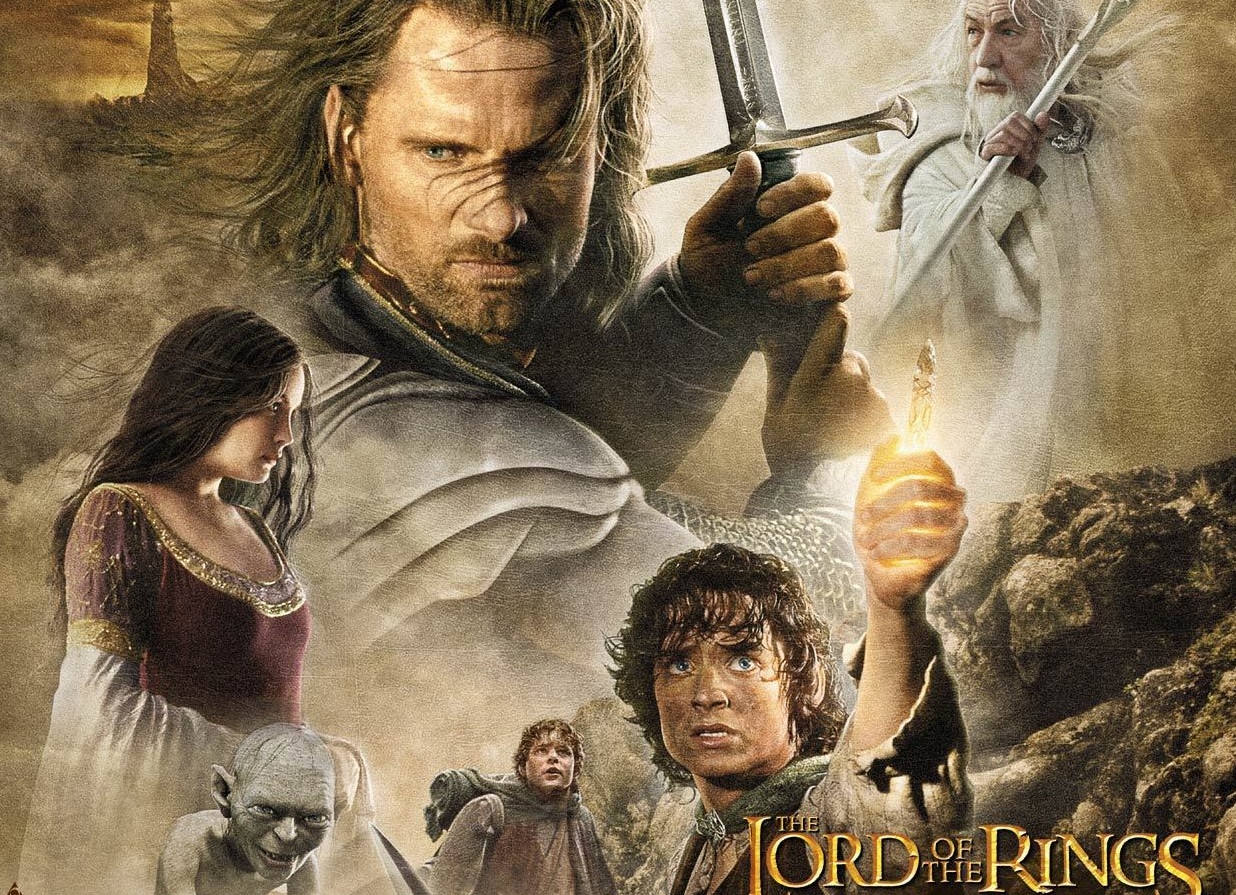 O of Oceania
New Zealand lies in the tropical Pacific Ocean. This is a collective name for a large number of islands in the Pacific Ocean, including New Zealand, Australia, Fiji and the Cook Islands.

P Paua
Paua (abalone) is a shellfish along the coast of New Zealand lives. From the beautiful, brightly colored inside shell with pearl luster made jewelry, unique gift.

Q Queenstown
In Queenstown, the possibilities for the adrenaline to flow through your body indefinitely. The range of extreme sports is huge in this city on the South Island. The city, the beautiful deep blue Lake Wakatipu, attracts many young people and that makes for a vibrant nightlife. Between June and September is a perfect resort Queenstown, the snow-capped mountains surrounding the city is one of the best ski resorts in New Zealand. 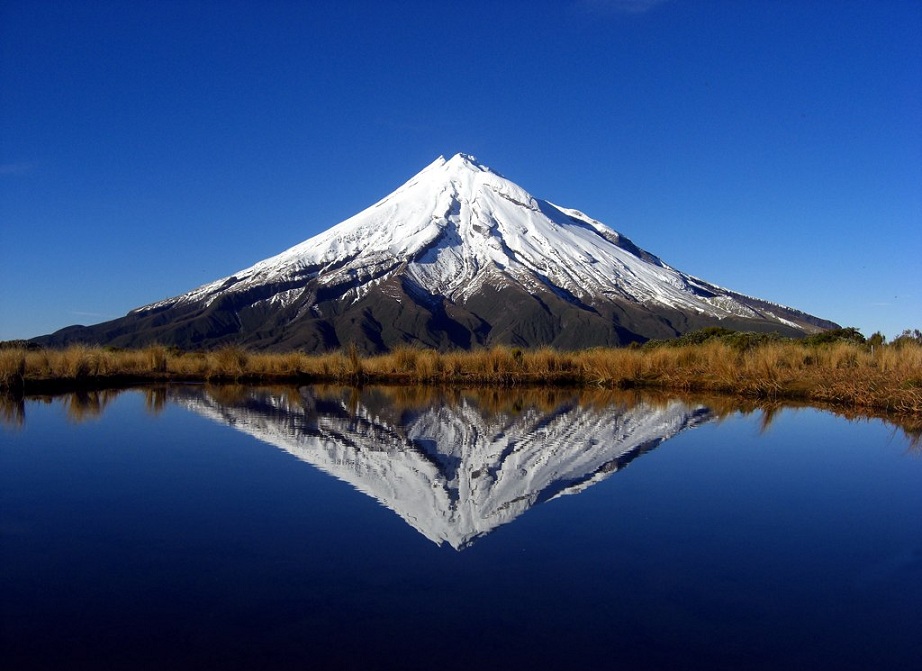 S Sheep
New Zealand is the only country with more sheep than people live, up more than 50 million. Their wool is one of the major exports of the country. New Zealanders have become very adept at sheep shearing. A resident of the country soared even 560 sheep in eight hours, a new world record! Do you own a sheep shearing? Visit a sheep show. After an extensive tour with explanations you can own a sheep in your hands.

T Tasman, Abel
This Dutch explorers discovered New Zealand in 1643. He never put a foot because he was chased by the Maori. Only 127 years after James Cook arrived at the almost forgotten island group. In 1769 he threw for the first time his anchors and he brought the country chart.

U Union Flag
The Union Flag (the British flag) was in the top left corner of the national flag of New Zealand depicted a legacy of British colonial past of the country.

V Safety
New Zealand is one of the safest countries in the world. There are very few violent crimes before. The biggest risk you run in nature, because the weather can strike quickly. Care is always plenty of food, drink and warm clothes when you go into the wilderness.

W Wellington
The capital of New Zealand is an intimate city with about 400,000 inhabitants. From Wellington you can see the crossing between the two main islands. But it’s definitely worth a few days in town to stay before going to the South Island voyage. There is much to experience in the field of culture. Also pub lovers can indulge themselves, there are more pubs per person than New York!

X Xena
Xena: Warrior Princess (1995-2001), an American television series, was recorded in New Zealand. Because there are many outside shots were needed for the adventure series, were the varied landscapes and beautiful nature of the country a perfect backdrop. 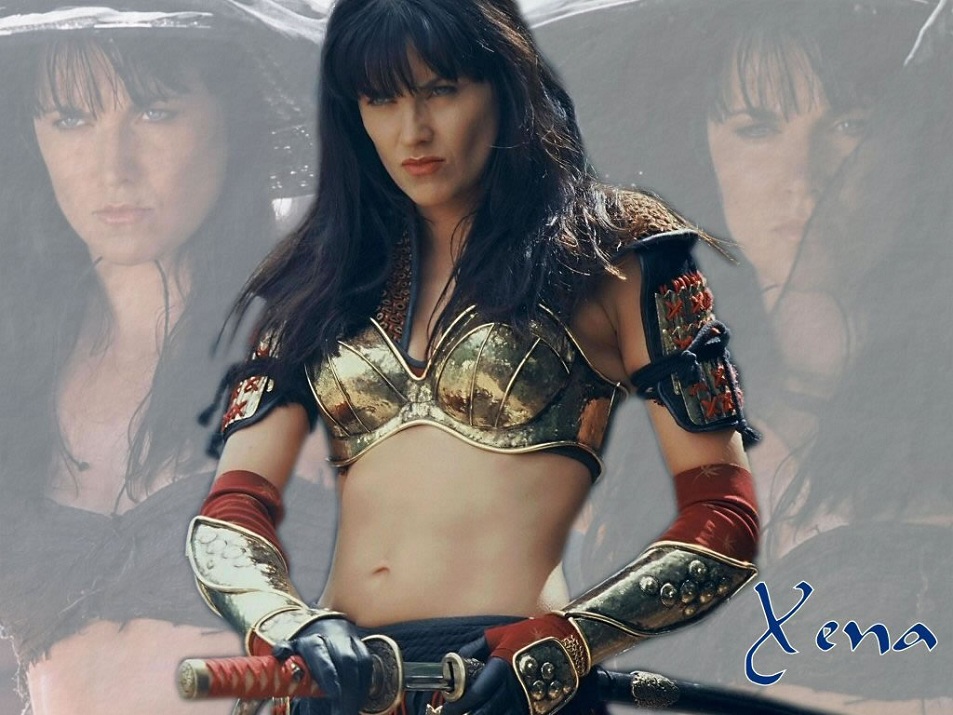 Y Yellow eyed penguin
This endangered animal is found on the southeast coast and on Stewart Island. It is the rarest penguin in the world. The best place to spot the yellow-eyed penguins? The Peninsula Otago Peninsula.

Z of Zorb
In a transparent kunststofbal filled with water from a hillside 200 meters long roll? This giddy, goofy activity is possible in New Zealand. Near Rotorua in 2000 the first commercial zorbingbaan world opened. Since then, a lot zorbonauten into a ball with a diameter of three meters on a hill bounced. The fastest ride of 52 kilometers per hour is even listed in the Guinness Book of Records.