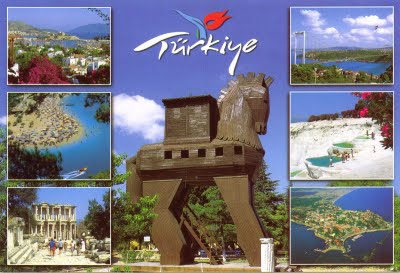 Turkey from A to Z

Antalya, Kusadasi, Istanbul, hookah, hamam. These are just a few of the words that come to mind when you think of Turkey. The rest can be found in this complete-Turkish alphabet.

A Antalya
The city has over half million inhabitants and is one of the largest cities of Turkey. Located on the Turkish Riviera is also one of the most popular resorts among foreign tourists.

B Bosphorus
This not only strait connects the Black Sea with the Sea of ​​Marmara, he also runs another through Istanbul and he separates Europe from Asia.

C of Cappadocia
Come to Turkey and visit this beautiful area that millions of years ago naturally arose. Fairy chimneys, tuff cones and underground cities, you see it all here. Cappadocia is truly a natural wonder.

D Diyarbakr
A city in eastern Turkey with a rich history, the city would already have existed in 2000 BC. From the Romans went over to the Arabs, the Arabs went over to the Turks since 1515 and it never changed. Today the city is known for its delicious watermelons.

E of Ephesus
A few big steps back in history, that make in Ephesus. This city was the commercial center of the ancient and the remains of which are exceptionally well preserved. You can enjoy the magnificent ruins of a theater, gym, market, library and public baths look. There is also a museum. 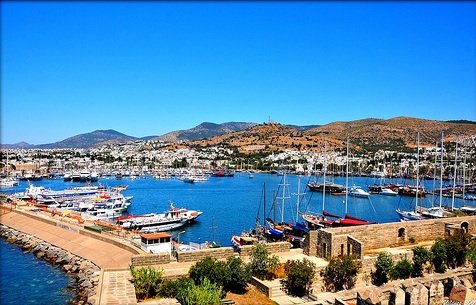 Tip! You’re probably not the only one who wants to visit Ephesus. Try a quiet moment of the day choose from, for example, early morning.

F Fountains
According to the Koran, water is the source of life. Every place is under that Quran also undertakes to ensure that everyone has water. This holds each city Cesme (public fountain). So you can find in Istanbul at the Aya Sofia Ablutiefontein example, built around 1740 and an example of the Turkish Rococo.

H Hamam
A visit to Turkey is not complete if you have not been to visit a Turkish bath or hammam. They are much like the Roman baths, only there’s no cold bath after cooling off. Hotels in Turkey often play on the desire of tourists and have an in-house hammam. More fun it is to a traditional bathhouse visit in one of the larger cities.

I of Istanbul
Not the capital – that is Ankara – but the biggest city in Turkey with over 12 million registered inhabitants. Very popular among Dutch tourists, many for a city break. The biggest attractions are the Topkapi Palace, the Golden Gate, Aya Sofia, the Spice Bazaar and the Prince Island.

J Youth Park
This busiest and most popular recreation area (near Ankara) attracts thousands of tourists. Enjoy the peace while at the artificial lake, rent boats and explore the lakes. Take a stroll through the beautiful Korean garden, to commemorate the Turkish soldiers killed in the Korean War. Drink tea from a samovar at one of the many cafes on the lake or hang out the sportsman in the sports stadium, swimming pool or the tennis court.

K Kusadasi
A popular resort on the west coast. Lakes cruise ships here, hordes of tourists spend their summer holiday here in the summer by fans and get going here until the early hours.

L of Landscape
Striking feature of the Turkish landscape, the mountain ranges. These are relatively new. So young that the orogeny is still continuing. This gives the country is more prone to earthquakes. Approximately one quarter of the country is covered with forests. Find mainly pine, fir and cedar. 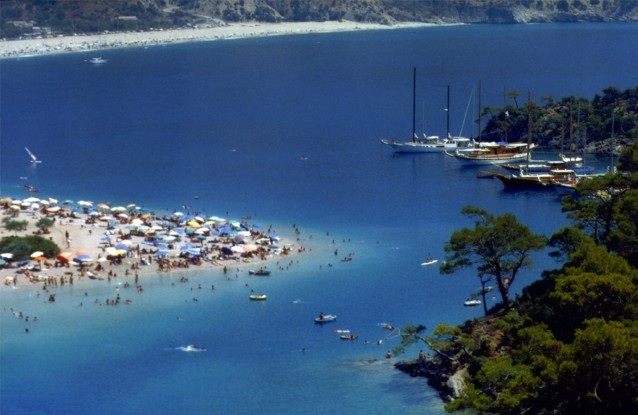 M Markets
If you like shopping, do you like Turkey with its many markets. Colorful merchandise at low prices and bargain may (moet!). But where do you find the best markets?

• The Bazaar district in Istanbul. Visit the Book Bazaar, Grand Bazaar and the Spice Bazaar.
• The covered bazaar in Adana. A market with crafts, food and trinkets.
• The market district in Bursa. A maze of streets and Ottoman warehouses. Reviews the products that make the city so famous (side, terry and silk).
• The three bazaars in Kayseri. Mix with the locals and traders, and enjoy the vibrant history of this place. Local specialties, textiles and carpets are very popular.

N Nargile
Nargile is the Turkish word for hookah. That you will still find many shops and Turkish markets. They are in Turkey (mainly men) still used. Do not smoke? They are also very decorative.

O Olu Deniz
Curious where now it is crystal clear water you often see on posters that advertise a trip to Turkey? Chances that this is the bay of Olu Deniz. At the bay you will find many restaurants, hotels, guesthouses and campsites. Active guests can parasail from the nearby mountain Baba Da.

P Prince Islands
The nine islands in the archipelago located near Istanbul. Büyükada is the oldest island and also the busiest. This is mainly due to the beautiful sandy beaches. Hikers make their way rather in the coniferous forests of Heybeliada, where it considerably quieter.

R Ramadan
In this holy month – which is different each year depending on the phases of the moon – Muslims eat and drink anything between sunrise and sunset. Remember in this period also note that some restaurants may be closed during the day. Do you eat during the day as tourists do, try this discreetly and do not exuberant in public.

S Sinterklaas
In the vicinity of Antalya Myra is the place where “our” St. Nicholas was bishop for many years. Visit here to the Basilica of Nicholas, which was built in the 6th century. Unfortunately, not much left of it, and watch your particular part of the eighth century.

T of Topkapi palace
Once stood here, in Istanbul, Byzantine monasteries and public buildings. Nowadays you can find the beautiful buildings of the Topkapi complex. Lived here 400 years the Ottoman sultans and the women who belonged to the harems. The palace is now open to the public. 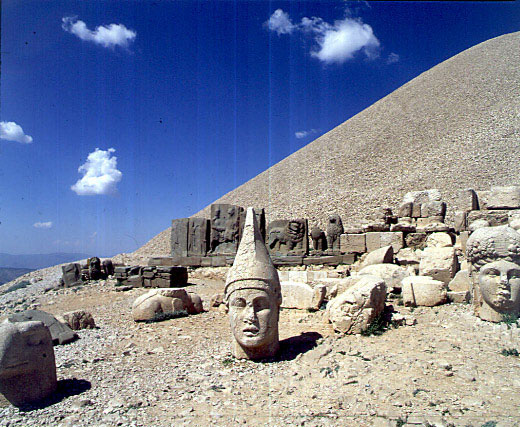 You Uludag National Park
Nearly 700 km ² of forest surrounding Mount Uludag (2540 m), which is the Uludag National Park. The best time to visit this park in the spring or summer. The mountain slopes are in fact relatively cool, a nice change from the heat down. Hikers can spend hours here.

V Butterfly Valley
Nearby Olu Deniz, the Butterfly Valley. Here you not only Euplagia Quadripunctaria, which the park is named, but dozens of other butterflies. Some come only in this valley. Also visit the waterfall, where water from the valley Faralya collapses. Hotels can be found here, or you can camp.

W of Whitewater Rafting
Sports enthusiasts and water lovers can indulge in Turkey. In the northeast you can click on Coruh, with several rapids, great rafting. Note: this place is only for experienced rafters. Families and beginners can improve a daytrip to the Köprülü.

X Xanthos
The main town in the old Licië. Around 540 BC this city was looted. Fortunately, he was restored and partly because you can still enjoy the Xanthos Lycian sarcophagus and Harpijenmonument.

Y Yenikoy
Make a trip on the Bosphorus, please do stop in Yenikoy. Even if it’s just about the beautiful 19th-century yali’s (houses) to view. This small village is situated on the border of Anatolia.

Z of Black Sea
In the name Black Sea you may think of barren, dry and black. None of this: the undiscovered coastline of Turkey’s very green, has beautiful beaches and the sea is anything but black. More? Read the article Explore the Black (or green) Sea.