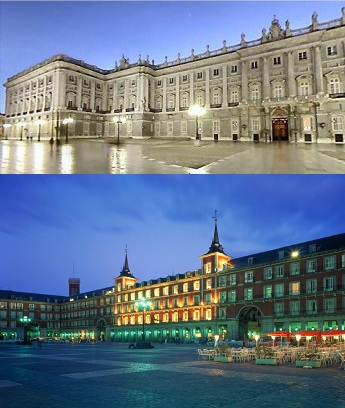 114 arcades and 377 balconies characterize the most beautiful place in the heart of Madrid, the Plaza Mayor. Particularly striking is the “Casa de la Panadería“, the former bakery and granary. Their bright-colored frescoes with half-naked, mystical figures are from the late 17th Century. The place was and is the site of many events, festivals and theater performances. Bullfights here but now not take place. Caution: There are restaurants on the square known as outright “tourist traps”.

Not far away is the Town Hall Square, Plaza de la Ville. It is small and intimate, but yet is done here has always been in the town hall’s history. Here runs the busy Calle Mayor, where many bars and restaurants to stop by. 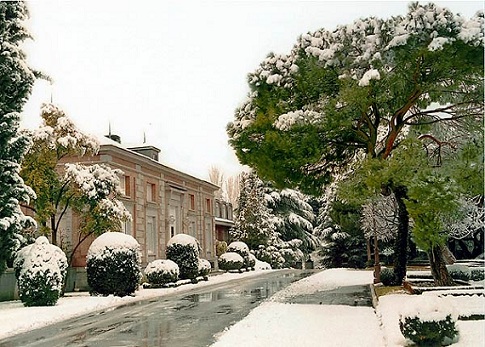 If you follow this road to the west, you reach the Royal Palace (Palacio Real) – a palace of grandiose proportions. The facade is 150 meters long. Inside, there are over 3,000 rooms, which are not inhabited. The Palace replaced the 1734 burned the old fortress palace of the Habsburgs Herschergeschlechts. A Guided tour worthwhile. The building is now used only for representative purposes during major international conferences and as a noble seat of some state governments. The royal family is not the way. She lives in the Zarzuela Palace on the outskirts of Madrid.

Next to it is the Plaza de Espana. A great place (or a small park), with many trees and benches. Around the large fountain resting on the face of passers of heat-ridden for a while and hope for a refreshing splash of water. In the middle is the thought of Spanish writer Miguel de Cervanteseine a monumental column. Besides sitting on a horse whose famous hero Don Quixote and Sancho Panza on his donkey servant.