Easter Island from A to Z
Hanga Roa, images and volcanoes. These are just a few of the words that come to mind when you think of Easter Island. The rest can be found in this Easter-full alphabet. 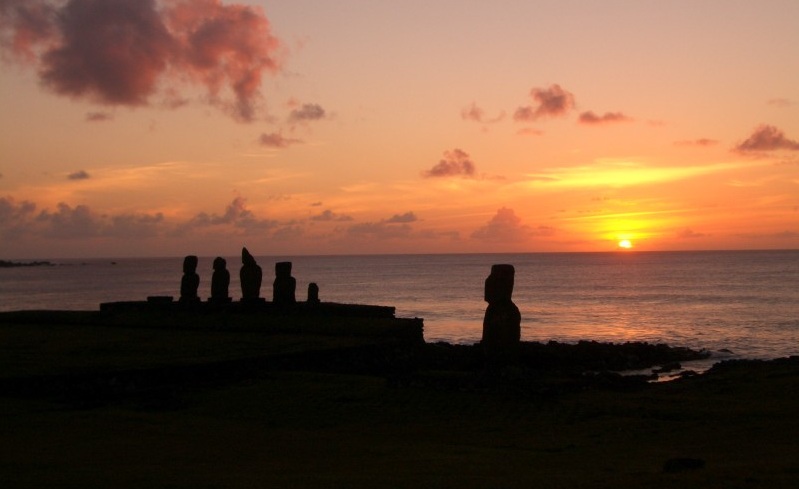 A Ahu Akahanga
Ahu Akahanga stands for Platform for the King. Here was the grave Hotu Matua be found.

B Images
Google images, type in the word Easter and you can see them immediately are:-the Moai statues. The island has hundreds of copies of this particular type of image. Some of these images is 9.5 meters high. What made these images possible and transported, it is still a big mystery.

C Chile
Easter Island is officially a part of Chile since 1888.

D Triangle
Easter Island is triangular in shape. On every corner there is a volcano.

E Lonely
Easter Island is actually a very lonely island. It is located in the Pacific Ocean and is the most remote island in the world. To reach the nearest mainland, 3,700 km you will have to travel to the east. Then you end up in South America. 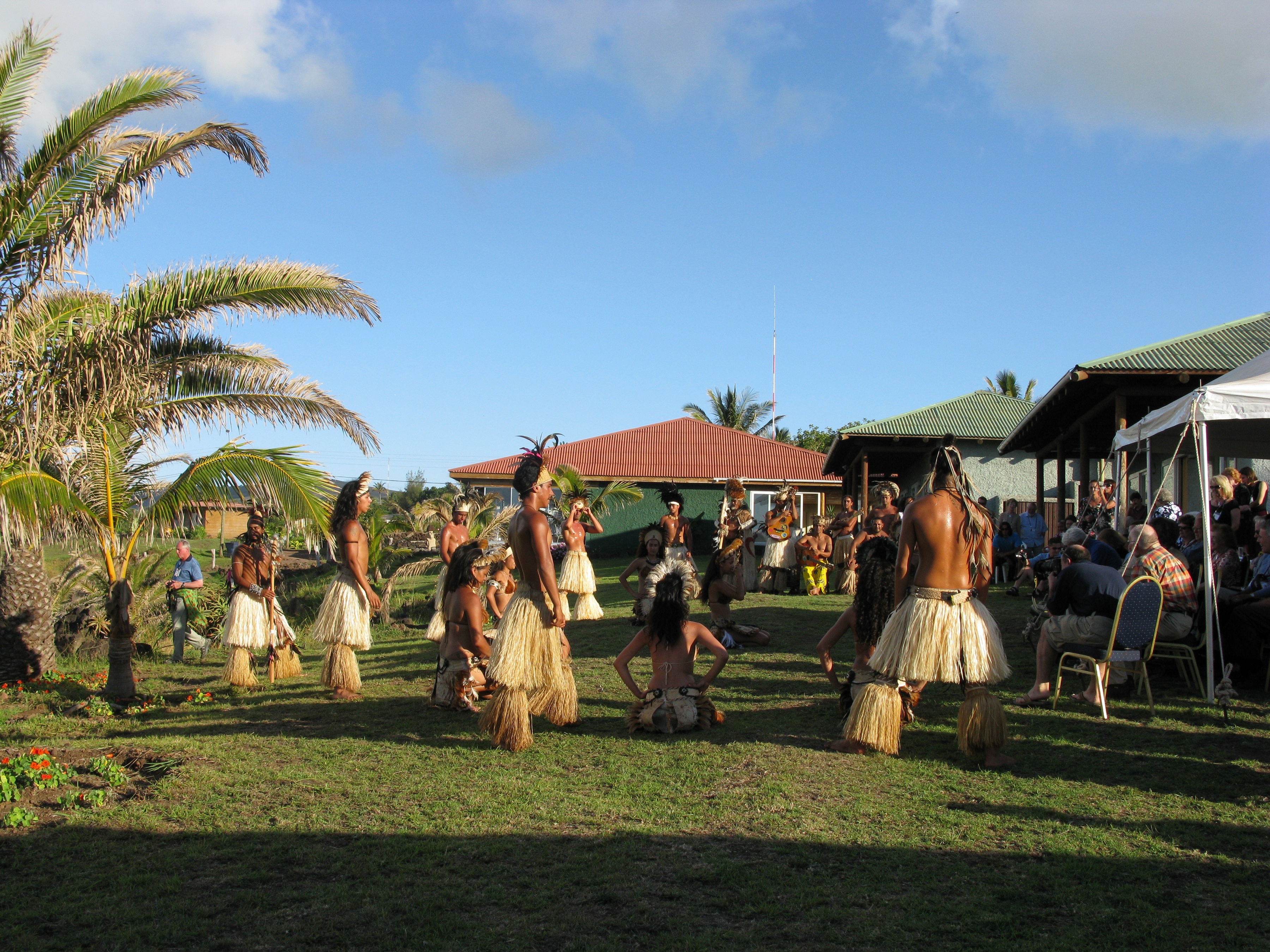 F February
Every year in February, the Rapa Nui folklore Tapati organized. The festival begins with a parade float. Through activities such as dancing, singing and crown braids is also an elected queen.

G Pacific
Easter Island lies in the Pacific. The island itself with its 163 km ² and approximately 3,800 residents are not so great.

H Hungary Roa
The capital of the island is Hungary Roa. This is also the only town on the island. The only museum and the only church, pharmacy and supermarket in this country very Easter city.

J Jacob Roggeveen
Easter Island is a discovery of the Dutch mariner Jacob Roggeveen. He was actually looking for the Terra Australis, also known as South Island. Later I learned that the island had been swallowed by the sea. On April 5, 1722, the first Easter of that year, found the sailor still an island: Easter Island. 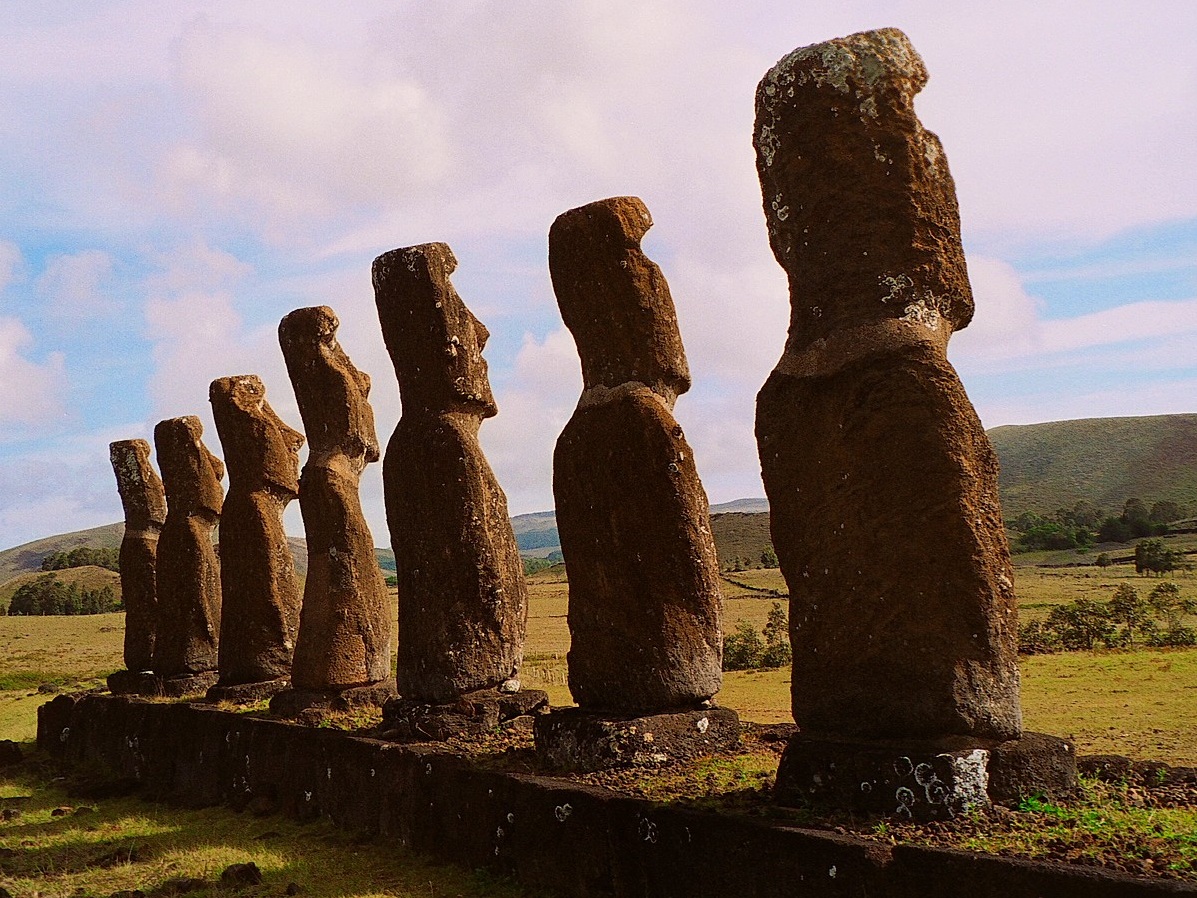 K Climate
On Easter Island is a subtropical climate. You can count on a constant warm temperature. Even in the coldest months is between 15 and 22 ° C.

L for Light Skin
The original inhabitants of Easter Island, according explorer Jacob Roggeveen had a fair complexion. They also had red hair.

M Mataveri International Airport
The only airport on Easter Island is located near the city of Hungary Roa. The airport has one runway and is mainly for domestic flights within Chile.

N Nature
Easter Island is very rocky and barren. Previously we had spring greenery, but it has since largely disappeared. 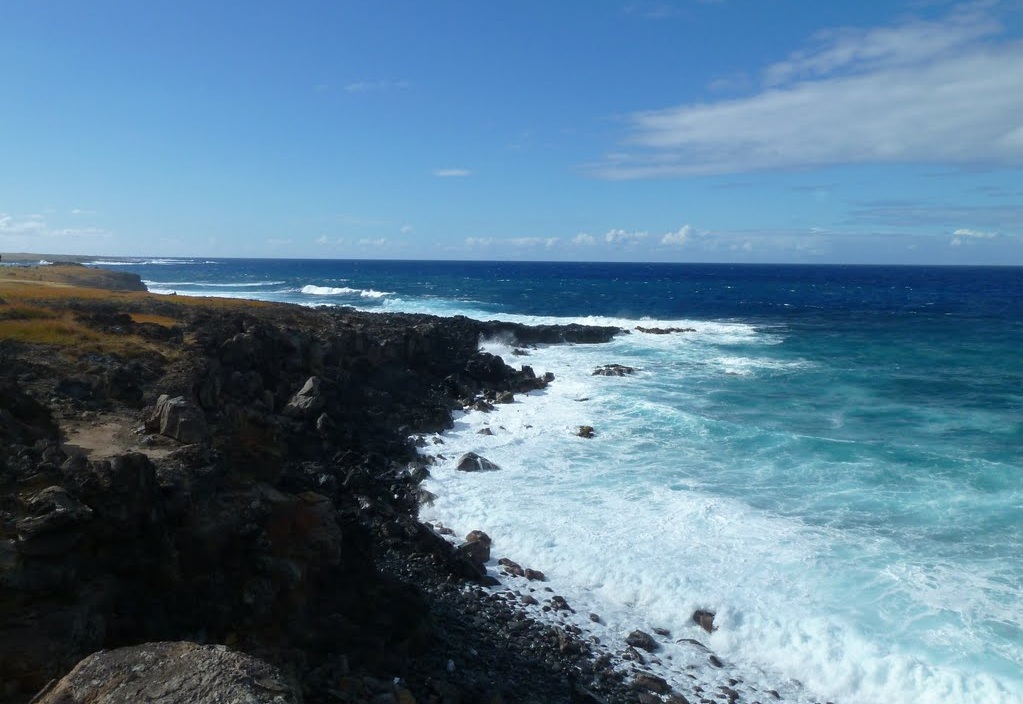 O of Deforestation
According to researchers would be Easter Island before the arrival of the population have been a wooded area. It is believed that the inhabitants have cut down the trees to the large and heavy moving images.

P of Pitcairn
This is a 2000 km distance from the nearest island that is inhabited. It is part of the Pitcairn Islands, Pitcairn island whose inhabitants.

Q Quasi unreachable
It is difficult to reach Easter Island, but it’s certainly not impossible. A boat trip from the mainland will perhaps be time consuming, but with a flight from Santiago or Tahiti in the six hours to do.

Rongo Rongo R
Rongo Rongo, the hieroglyphic script used by the inhabitants of Easter Island was used. What signs indicate exactly is so far still unknown.

S Slave
In the nineteenth century, many inhabitants of Easter Island as slaves recruited. Especially slave traders from Peru took many islanders caught, after which in South America as slaves had to work.

T Tongariki
Here you’ll find fifteen moai statues, in a row. Also in Tongariki a toppled statue on display. This image is known as “the fallen guard.

U Stretched earlobes
The residents were at the time of arrival of the explorers can be divided into two groups: one with long ears and short ears. Because some residents large, heavy earrings worn the stretched their earlobes. According to the stories, the people for their work just roll up their ears

V Volcanoes
Easter Island is a volcanic island. On the island are three volcanoes. These are all inactive. Actually, you can even say that the whole island is a large volcano that sticks out above the sea. 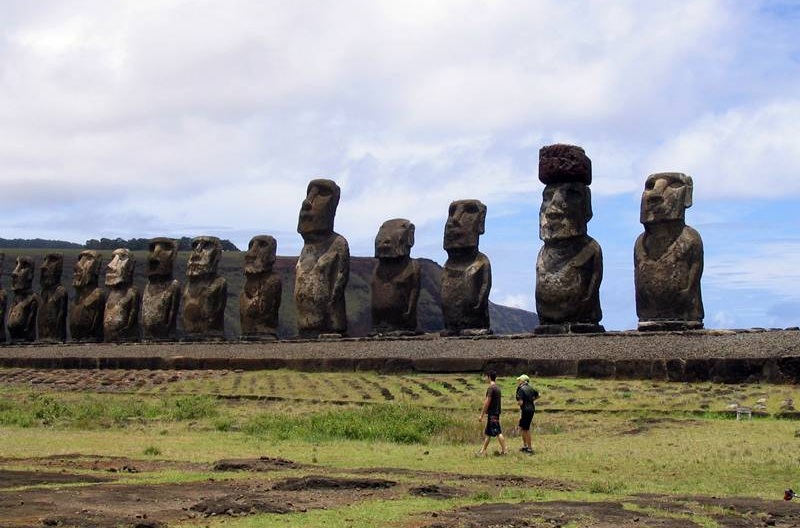 Z Seven monkeys
Although almost all statues on Easter Island look inland, there’s seven that looks towards the sea. These line images are arranged from smallest to largest and are sometimes called “the seven monkeys’ mentioned.