Hawaii A to Z
A complete Hawaii Guide; everything about Hawaii in brief… Surfing, grass skirts and flower garlands. These are just a few of the words that come to mind when you think of the Hawaiian archipelago. The rest can be found in the entire Hawaiian alphabet. 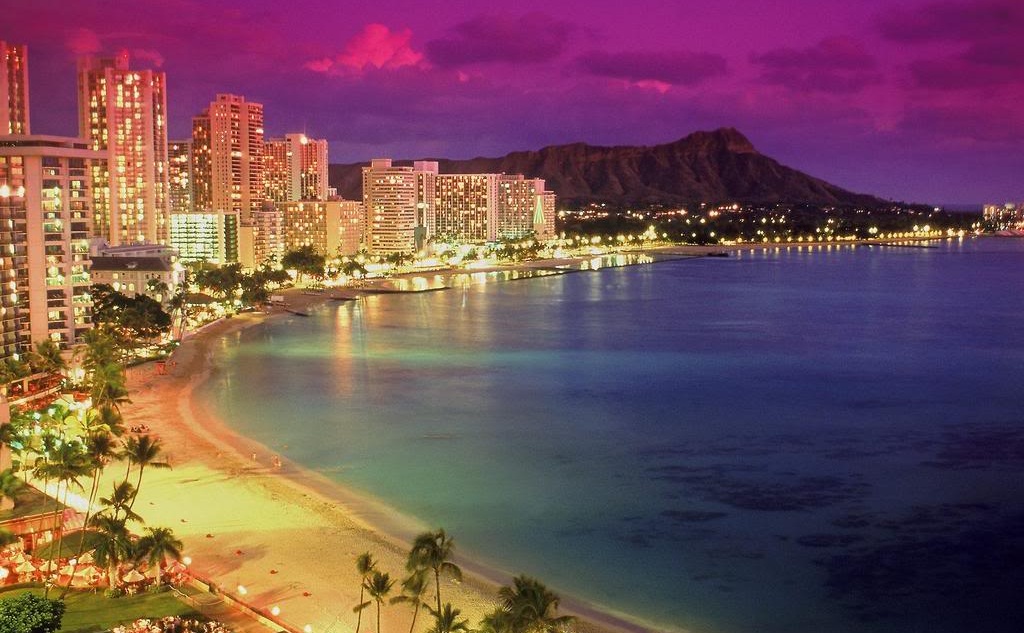 A Aloha State-Americano
Hawaii is not like many people think an island is an archipelago. Hawaii – Dubbed the Aloha State has – consists of 137 volcanic islands, 19 major and 8 is the largest. The eight main Hawaiian islands, Ni’ihau, Lana’i, Maui, Kauai, Oahu, Molokai, Kaho’olawe.

Aloha means welcome in the language of the Hawaiians. That way you at the airport in Hawaii welcomed, like thousands of other tourists. As the archipelago is one of the United Nations, under which tourists can find many Americans.

B Barnyard
Different nature of the home islands offer the most impressive animals. We have the most beautiful nature and its animals are selected:

• From the months of December to April you can off the islands of Hawaii, Oahu and Molokai admire the immense whales. A tour can be anywhere on the island above books. Ask for information to your hostess or reception.

• In Honolulu is Honolulu Zoological Society, among others known to the orangutans and elephants living there.
C or Kona Coffee
The best way to start your day and end with a cup of Kona Coffee. Residents of the Hawaiian Islands do it. And a visit to another country may use the local traditions, of course you do not miss out …

D Diving
Snorkeling and diving are also popular activities for tourists in Hawaii. Vakantie.nl has the most beautiful underwater spots selected for you:

• Waikiki Beach, one of the world’s most famous beaches, is the ideal place for snorkeling.

• On the island of Oahu is the 80-acre Pupukea Beach Park. Coral reefs, fish and shells provide a fascinating underwater world.

• The island of Molokai is perfect for lovers of diving because a long coral reef off the coast. Chances are you will find a green turtle.
E of Island of Adventure
The largest island of Hawaii known as the Hawaiian archipelago. Besides the island also has nicknames like the Big Island and The Island of Adventure “. The island of adventure is perhaps the best: wild rides through tropical rainforest, riding on a sandy ranch between monster and snorkeling in Kealakekua Bay is all possible here!

G Grand Canyon of the Pacific
Nothing is as stunning as the Grand Canyon, you will find not only in Arizona but also in Hawaii. Who has been there can hardly describe scenic views. Same make you into Waimea Canyon, on the island of Kauai. With a depth of almost 10,700 kilometers and kilometers of trails in the mountains you have several lookouts on foot, car or bike you amazed. 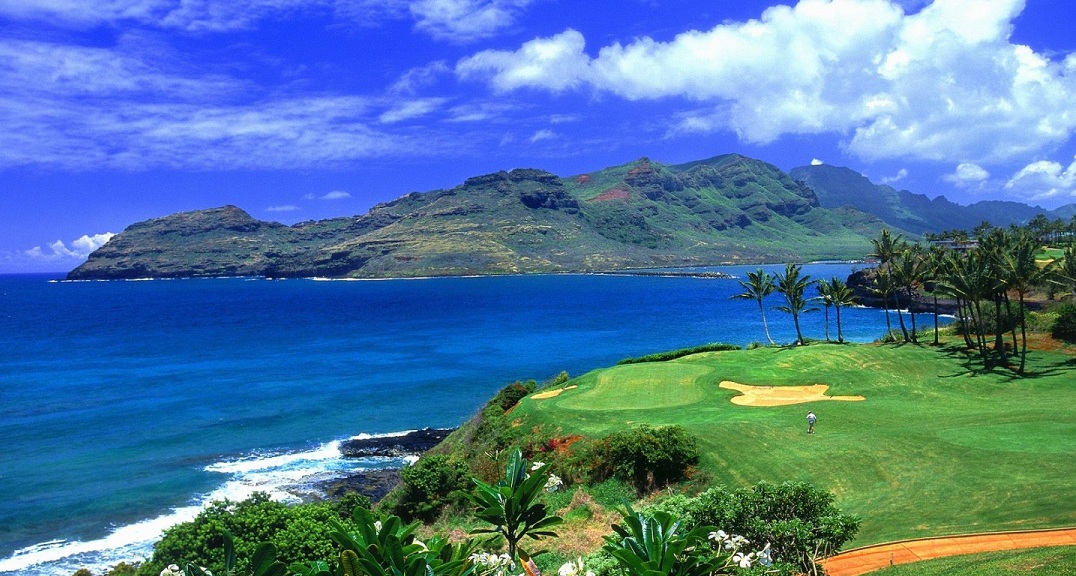 H Honolulu
Honolulu – in the south of Oahu – the holiday feeling 100% present. We recommend the Honolulu Harbor. It was formerly an Asian berth for the ships came to trade. Now you can shore on a catamaran steps or you can take a look at the Aloha Tower. Also fun: Chinatown. Here are the best restaurants, galleries and shops.

I Ice cold skiing
Mauna Kea is the world’s highest seamount and has the nickname because the white mountain peak in the winter covered with snow. This means skiing for those who dare to challenge!

J Jetski
You can make a rough ride on the jet, the speed demon on the water. With a warm breeze, a pleasant water temperature and sunshine can crack several Hawaiian waters!

Haleakala Crater K
Mount Haleakala volcano and shines on the island of Maui, Haleakala National Park in the. Thousands of tourists a year make a trip of 55 km away to the highest point reached. Why? Because you have a great view over the Pacific Ocean!

L Lilo & Stitch
The animated film Lilo & Stitch takes place on the Hawaiian island of Kauai. The story is about a machine created beast and his mistress, a typical Hawaiian girl named Lilo. Surrounded by wreaths of flowers, sun, sea and sand are two great friends and they go on various adventures. The animation gives you a good picture of the real Hawaii. Maybe a nice warm up?

M Midler, Bette
Bette Midler was born and raised in Hawaii. The singer actress and comedian was born in 1945 in Honolulu. After studying drama, she is known in the United States.

N Napali Coast
A 17 km wide path past waterfalls, colorful birds and narrow valleys takes you to the Napali Coast. This dense green coast is popular with hikers. In addition to walking, it is also possible to kayaking on the river that flows through the green coast.

Oh Obama, Barack
Barack Obama, known for his long battle for presidency of the United States, since he was ten years in Honolulu (also his birthplace) lived with his grandparents.

P of Pearl Harbor
The attack on Pearl Harbor in the early morning of December 7, 1941 was a surprise attack by the Japanese, who felt that the Second War with the United States no longer preventable. It came across America as a great shock. The naval base, located on the Hawaiian island of Oahu, is now annually visited by 1.5 million people. A tour of the mass grave, a boat trip and a movie give you an impression of the suffering that it caused years ago. 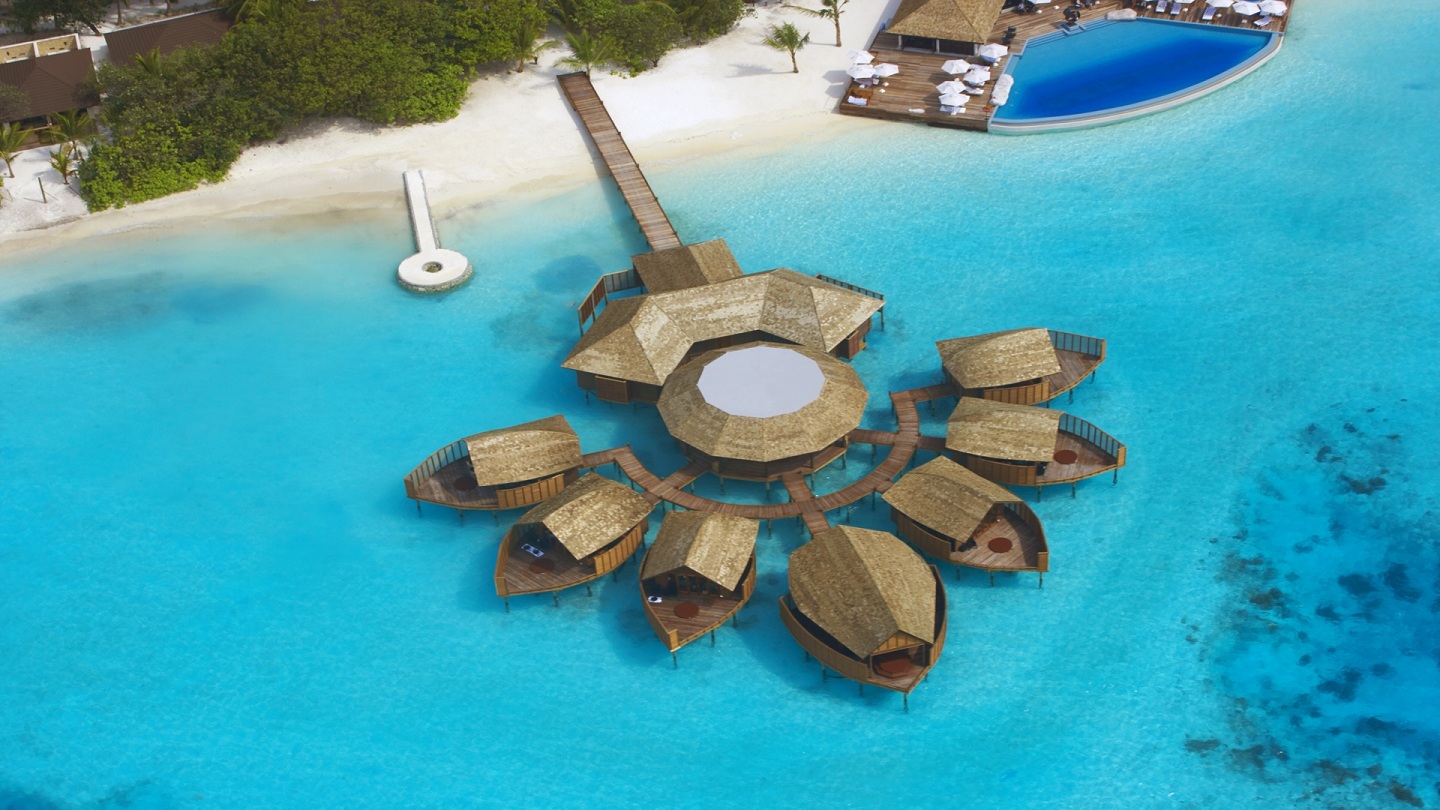 Q Quick Guide
More about Hawaii? On this website; find quick guides and quick facts that tell you everything about Hawaii.Just search within mytripolog web site

R Wicker skirts
Hula skirts, or the famous grass skirts, are together with the Hibiscus flower symbol for the Hawaiian culture. They are always worn with the hula dance, supported by vocals and percussion.

S Surfing
Hawaii, with its huge waves home to surfers who love extreme high waves. We have the best surf spots for you to put together a list:

• In the north of the island of Oahu is Waimea Bay, where professional surfers like to exercise their profession. Here the famous Quicksilver in Memory of Eddie Aikau Memorial Big Wave held. There is only one condition, the waves must be at least 6 meters high …

• In the north of Oahu: Sunset Beach, known for the long waves. Every year here the O’Neill World Cup of Surfing and the Vans Triple Crown of Surfing place.

• The island of Maui has several good surf spots, including Rainbows, Ho’okipa and Peahi.
T Wedding
Surrounded by tropical rainforests, warm breezes, deserted beaches, volcanoes and steep coastal cliffs is how you say ‘I give the man or woman of your dreams. Whether you prefer a wedding pearl white beach in a tropical garden, beside a waterfall or on the way Maui? Hawaii has it all!

U of ultimate relaxation
Individual resorts or spas are abundant in Hawaii. Jet lag after you total relaxation experience in the following spas:

X X-mas
Although it is often found strange to celebrate Christmas in a tropical paradise, Christmas in Hawaii is really nice! Thus, in the village of Waimea on Kauai annual parade through the streets organized. 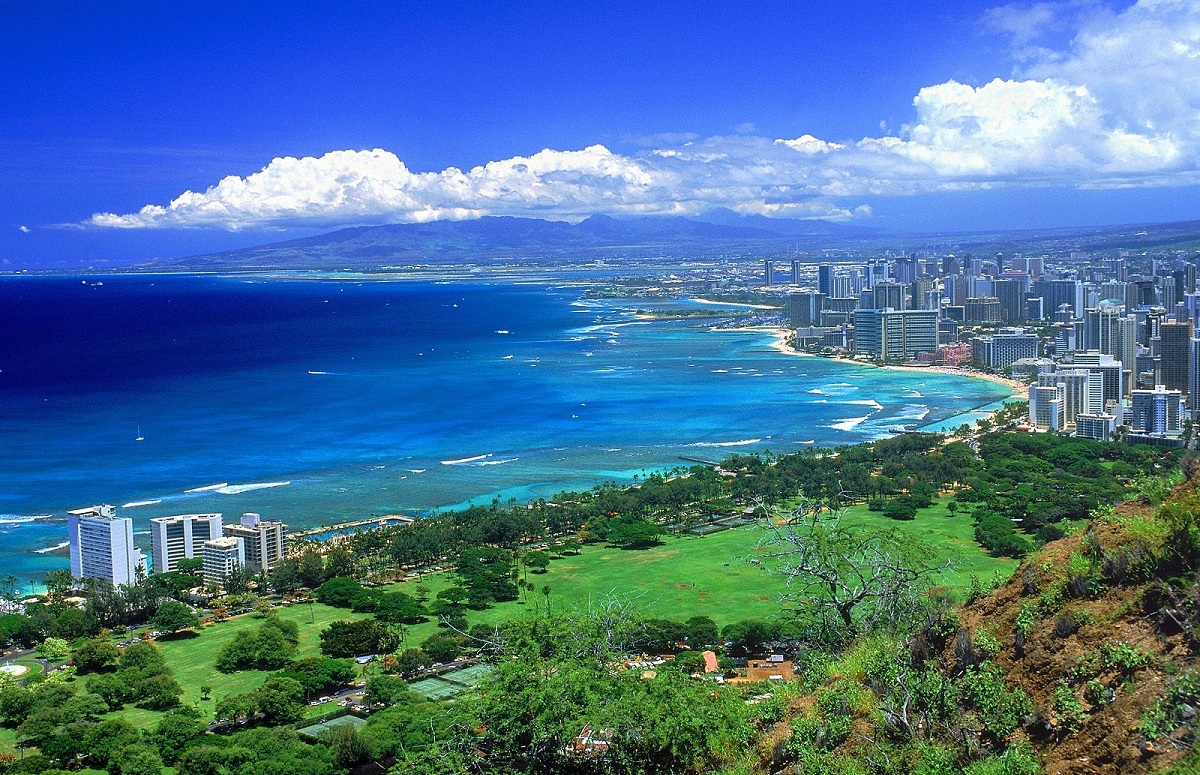 Y Youth
Children will be entertained on the islands of Hawaii. The highlight for the kids, the Hawaiian Waters Adventure Park for those who love the water. You can find this park on Oahu.

Z ; Zest of Black Sand
Not all beaches in Hawaii are bright white. The presence of volcanoes, you will also find a number of black beaches.