Tourism Jerusalem
Jerusalem is surrounded by mountains and lookouts. Each observation provides a unique view of the city and a different understanding of Jerusalem. This is Part IV of Tourism in Jerusalem where I mounted the reader to different viewpoints on the city.

Scopusberg
This is the ultimate city view. Travel north toward
the Mount Scopus campus of Hebrew University of Jerusalem, like
proceed to the Mount of Olives. Drive around the group of buildings on the east side of the
campus and leave your car in the parking lot. At the East is the
anticipate seeing the Judean Desert and the Mountains of Moab. South
and the west is the Old Town, the tiles of the roofs of the houses in Mea
Sheariem (Orthodox Jewish neighborhood) and can be seen behind the modern buildings of
Jerusalem. At your feet lies the Wadi Joz neighborhood, and this lies Emek Zoeriem,
a national park of olive trees. It is also easy to see where the
City Hall, Notre Dame Convent and Hospital de France, with its two
turrets, and the King David Hotel, lie. Preferred visit times:
Judean Desert in the afternoon, Jerusalem, the morning hours.

Olive Mountain
This is probably Jerusalem’s most famous lookout point where you
Temple Mount, the Garden of Gethsemane, the Old Town and the new city can see.
Recommended visit time: mornings. 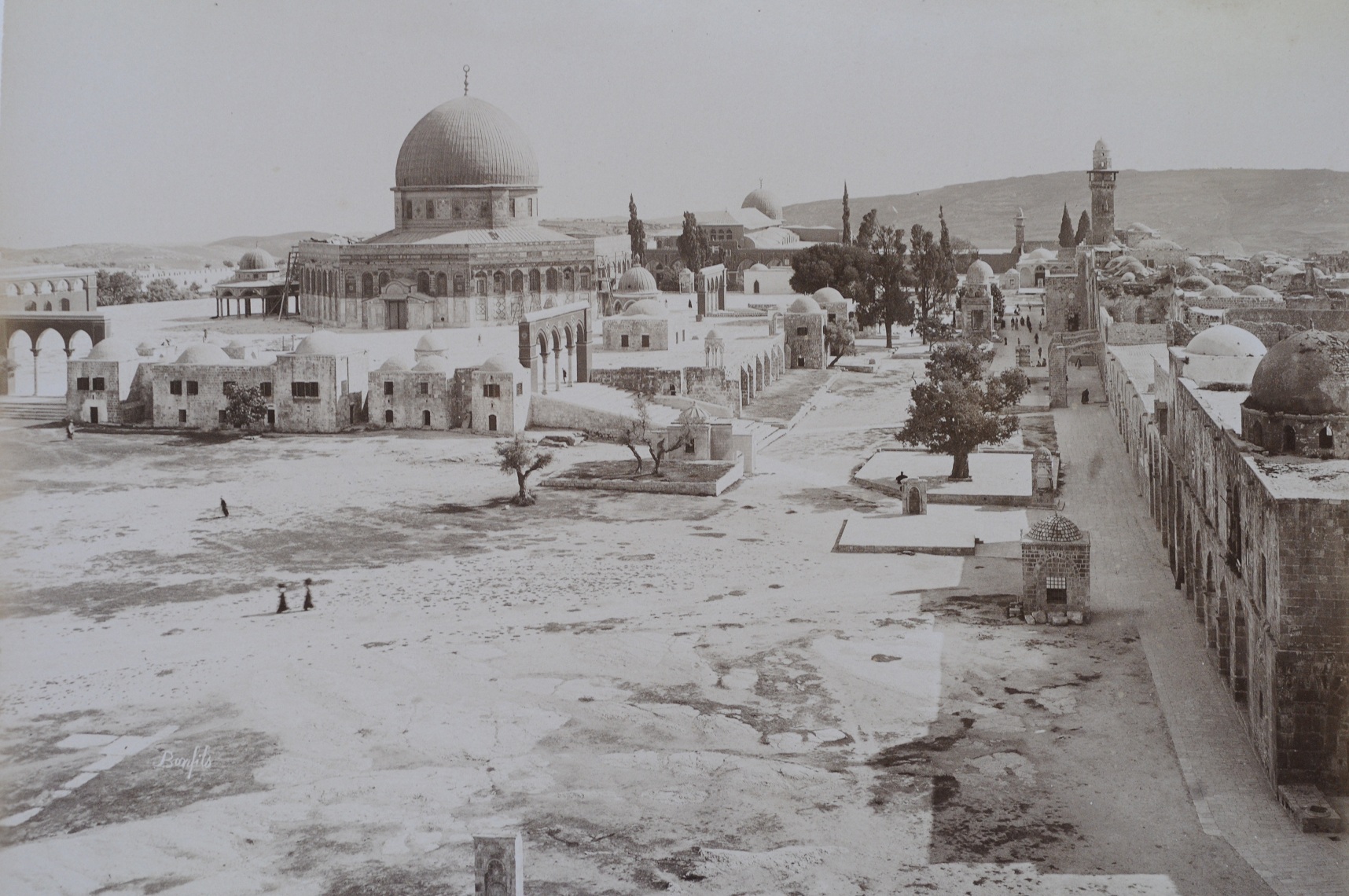 The British Cemetery
The British Cemetery is situated on top of Mount Scopus, on the side of the
road leading to the Hebrew University of Jerusalem. In this
cemetery graves located in nets that British soldiers
in the region died in combat during World War I. The hundreds of uniform
gravestones amongst well kept lawns are striking. The British concerns
continued their military cemeteries around the globe
lie.

Jews have also served in the British Army. Twenty-four of them are
buried in the western part of the cemetery and it is easily their
graves to recognize because they are marked with a Star of David and not a
Cross as the other graves. In most conflicts, the British buried their
deaths in the places where they fell, instead of shipping the bodies home
bring.

The Citadel Tower
A visit to the Tower of David Museum of the History of Jerusalem
a must for anyone who comes to town. Do not miss the view from the
tower, although a few old stairs to climb. The tower was built
Herod the Great and named after his brother Phasael. From here you can
easy to see the Armenian Quarter, the Church of St. James, the Jewish Quarter with
the arc of the Hurva Synagogue, the Christian Quarter of the Holy Sepulchre and
the Muslim Quarter. The Temple Mount, the Mount of Olives and Mount Scopus may also
be easily observed. Recommended visit time: any time of day. 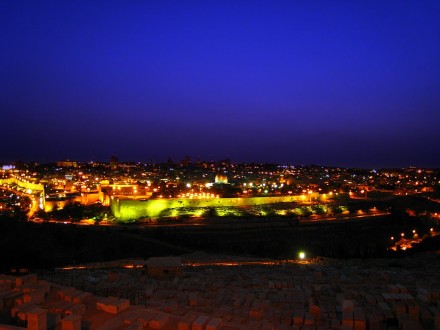 Lutheran Church tower
This church is located in the Old City near the Jaffa Gate. The building was
assigned in 1898 by the German Emperor Wilhelm II, who also decorated with
a tall tower to German hegemony in Jerusalem to mark. Around 180 steps
lead to the top of the tower, the view is breathtaking: the roofs of the Old
City, the courtyards of the houses and monasteries, the lanes of the Jewish
District. Recommended visit time: any time of day. There is an entrance fee.

The garden of the tomb of David on the Zionsberg
Simply climb on the roof and watch the Zionsberg, the Mount of Olives and Armon
Hanatziv Reef, as well as parts of the Old Town. Recommended visit time: any time
of the day.

Wall walk
Walking along the Old City Walls, you can without being seen, many places
of the Old Town and the new city. You can see the Armenian Quarter, the
Citadel (Tower of David), the Hinnom Valley, the Sultan’s Pool, and the districts
Jemin Moshe and Mishkenot Sha’ananim. Go in from the Jaffa Gate, the
output courtyard of the Tower of David Museum of History
Jerusalem. The route continues towards the Zion Gate. There is a
admission fee. Recommended visit time: any time of day.

Haganenet Street in Gilo
The Garden in the Seidenberg Haganenet Straatt near Gilo provides some of
the best panoramic views of Jerusalem. From here you can easily use the Old
City and see the three towers on the Mount of Olives, the premises of the
government complex and the northern and western neighborhoods of the city.
Recommended visiting hours: all day. 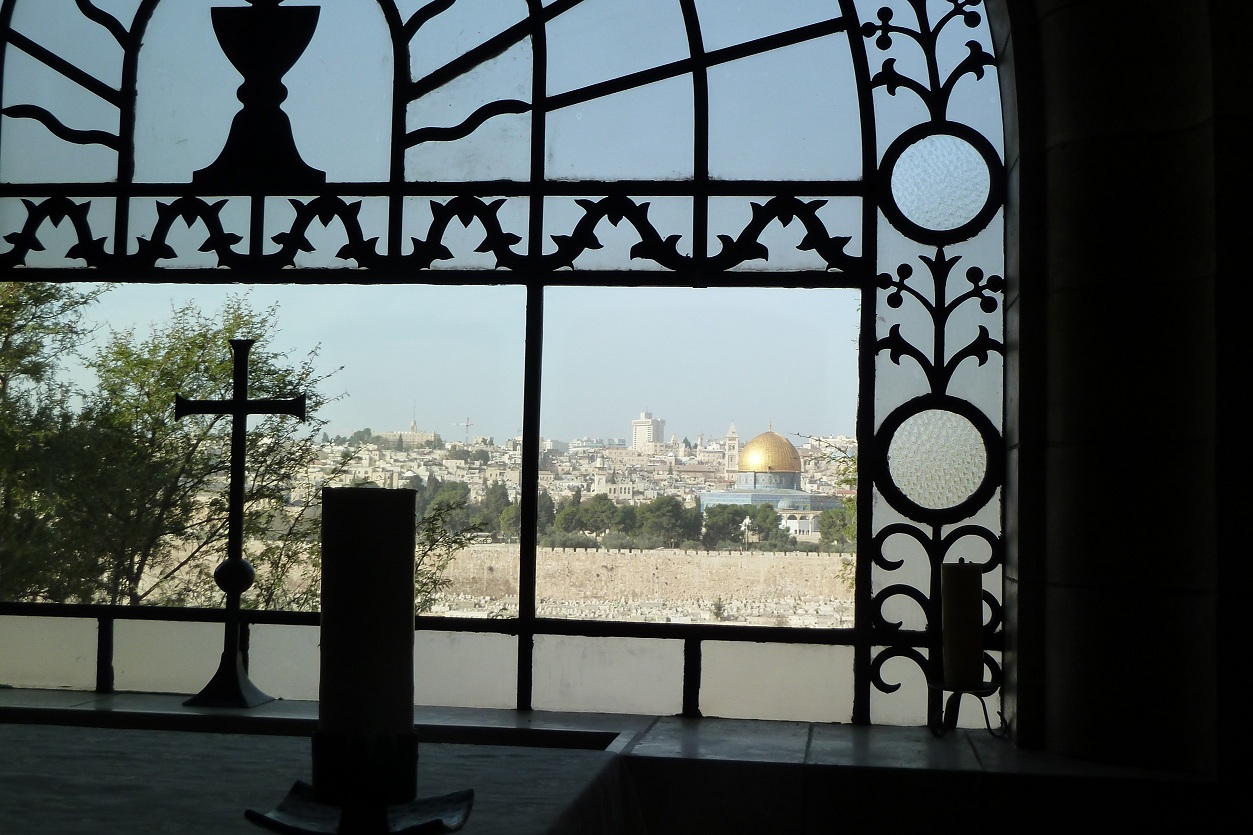 Roof of City Hall
The Jerusalem municipality has an accompanying tour of the Town Hall you
bring to the roof with a magnificent view of the towers, domes and
walls of the Old City. The building is next to the Old City, connects the two
parts of the city. The tour includes a visit to the Safra Square,
model view of Jerusalem and the Town Hall.