Most Popular Tourist Attractions of Seville, The City of Parks, Spain.

The capital of the autonomous Spanish region of Andalusia leaves no one untouched. The city has the largest historical center of Europe, filled with monuments, museums, romantic parks and other attractions. In addition, Seville is a vibrant city. Nowhere else will you see people so passionate celebration as Seville.

The Cathedral of Seville, the largest Gothic building in the world and the third largest church in Europe (only St. Peter’s in Vatican City and St. Paul’s Cathedral in London are larger). The Catedral de Santa Maria de la Sede in the 15th century on the site of a Moorish mosque from the 12th century. Of that mosque, only the Patio de los Naranjos (Sinaasappelhof) and its minaret (Giralda Tower) on.

The architects Alonso Martíez, Simón and the Colonia Juan Gil de Ontañó wanted something special and make big building that generations after them would ask himself “whether they were mad.” 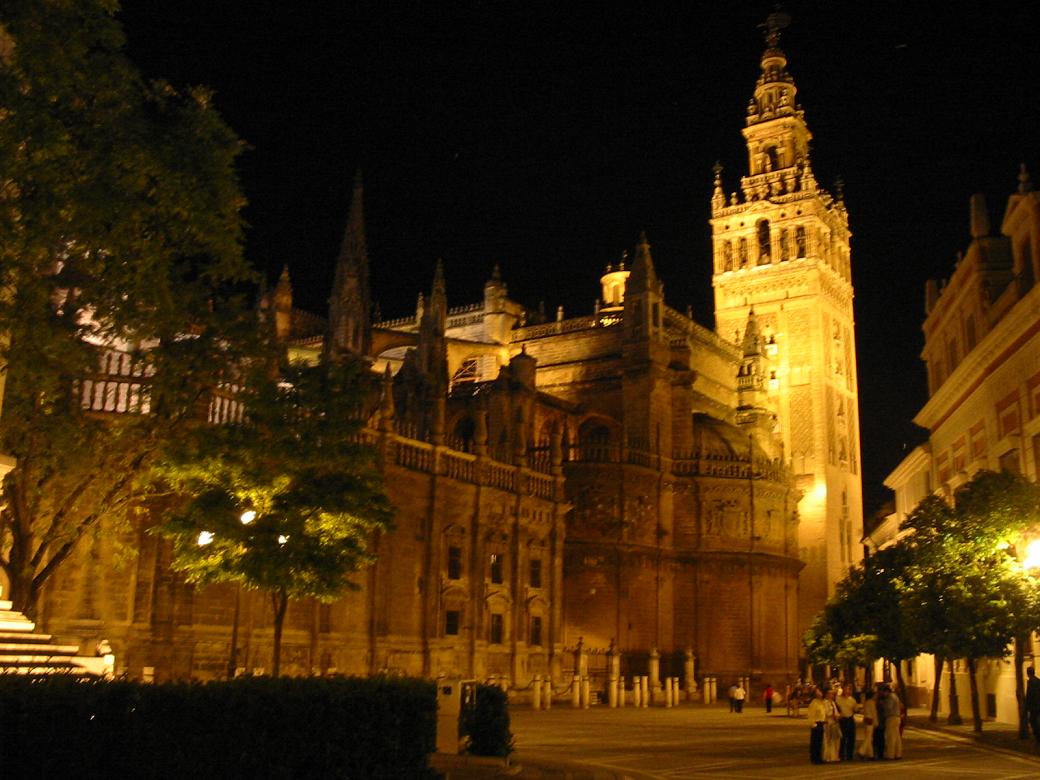 The interior is richly decorated: stained glass windows from the 15th century, wrought iron fences, beautiful choir stalls and a beautiful baroque rebuilding of the organ. The highlight is the Capilla Mayor (main chapel) with an altarpiece that is decorated with gilded wood carvings about the life of Christ and Mary.

Andalusia is the birthplace of flamenco. Seville is the place to visit for a couple of flamenco, the dance, or to learn more about the different flamenco styles.

There are many so-called tablaos flamenco in Seville. There are professional shows increased, especially where tourists come off. You recognize this tablaos the tourist buses at the door. The shows are excellent, but for a more authentic experience to see a flamenco. The popular neighborhood of Triana is a good starting point. 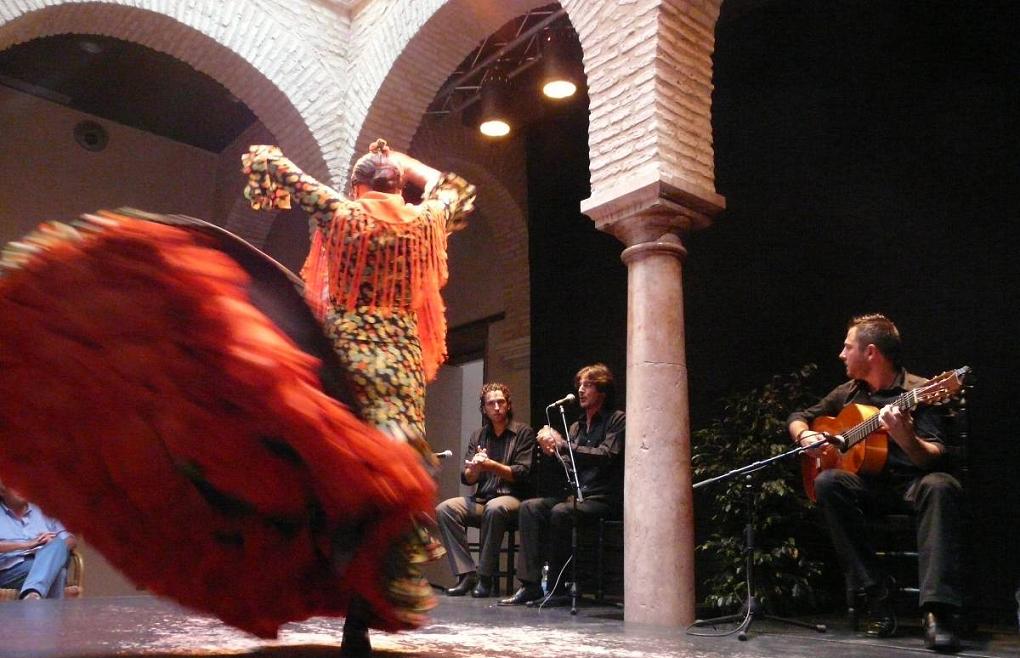 Seville is known as a city of parks. The city developers had a foresight: they wanted the residents of the city could play in green areas also welcome in the hot summer for cooling.

Best known is the Parque de María Luisa, which was created for the Spanish-American exhibition in 1929. It was part of the Palace of San Telmo and was previously Princess Marie-Louise donated to the city. For the exhibition was redesigned by Frenchman Forestier. With an area of ​​400,000 m2 is the main green area of ​​Seville. At the edge of the park, near the river is a striking building in pink and yellow, the Costurero de la Reina. It was the sickly Queen Maria de las Mercedes used to withdraw and clothing. Now the tourist office located there. 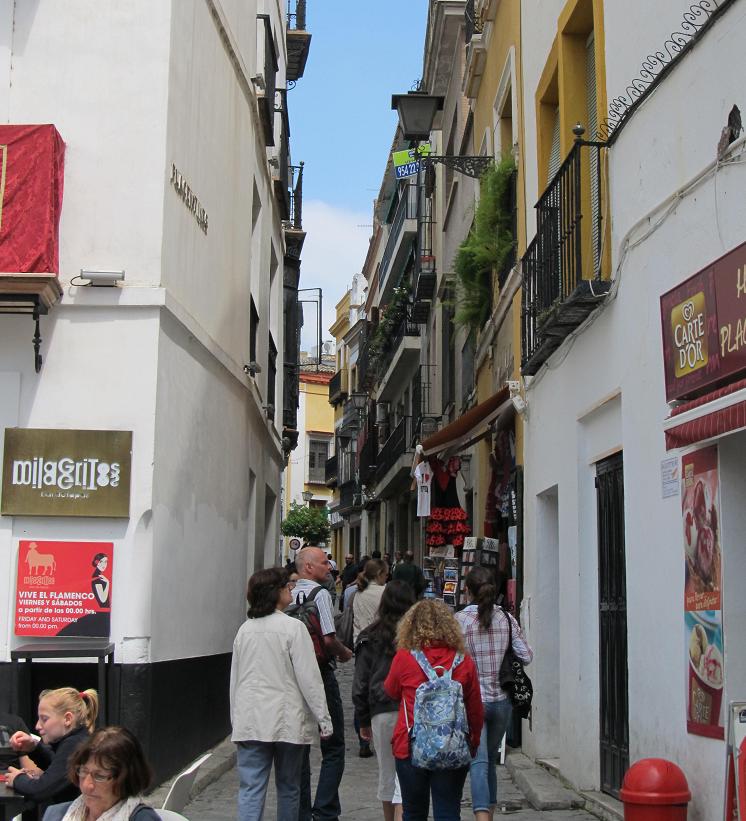 This truly magnificent palace is situated in the lively Santa Cruz. It takes some searching and you walk right past but once on the square before the palace arrived on the left you see the gate. Within the palace walls is an oasis of peace and can not imagine that you’re in the heart of Seville.

In the 15th/16th century by the Marquis of Tarifa built palace is still inhabited. It is now the residence of the 18th Duchess of Medina Celli and her family. The family occupies only part of the palace. The other part and its gardens are open to the public. Recommended is a guided tour through a portion of the leave of the family Medina Celli. This way you get a nice impression of the lifestyle of an aristocratic family of today.

The Santa Cruz district is the former Jewish quarter of Seville. King Ferdinand III forced the Jews to settle in this district. In the 14th century, Christians took over and turned into a popular Santa Cruz quarter. Now it is a tourist attraction with narrow streets and alleyways. 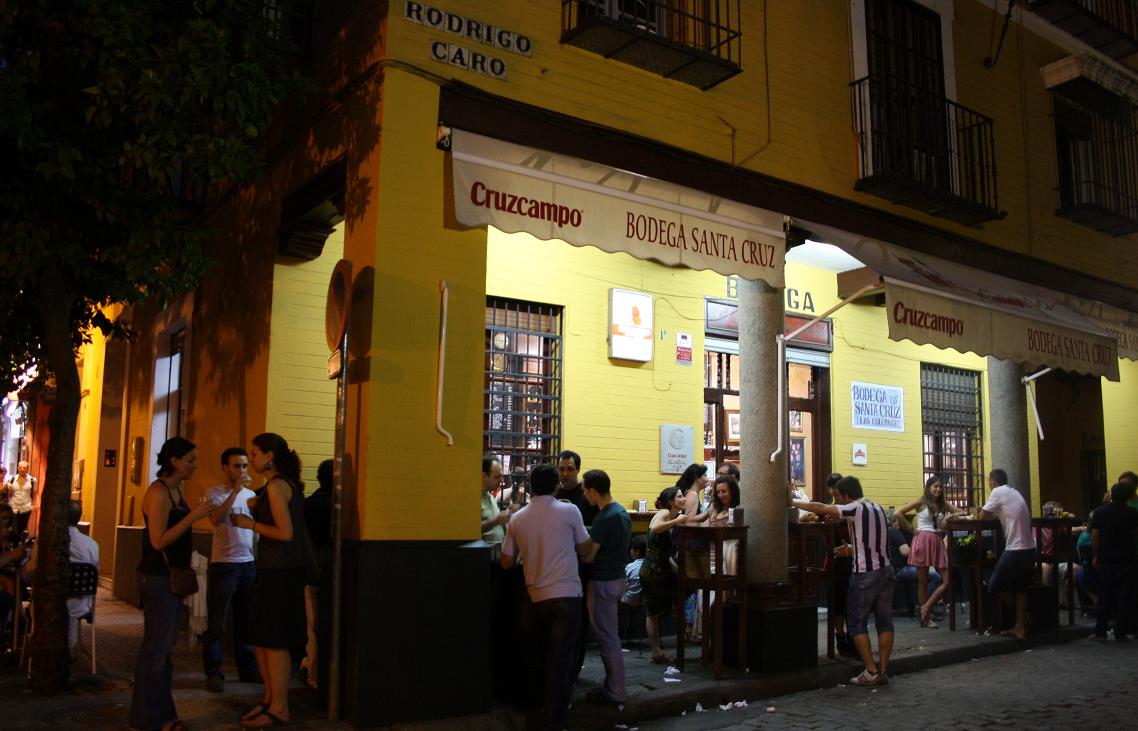 Do not be deterred by the very touristy Calle Mateos Gago, a street that is packed with restaurants, bars and souvenir shops. Walk to the Plaza de Doña Elvira, where at number 6 is the birthplace of Doña Inés de Ulloa, the impossible love of womanizer Don Juan. There is now a restaurant, where you can eat otherwise excellent local specialties. Don Juan is a fictional character, but that keeps the people of Seville do not like the legend fully exploit. According to some, was Don Juan and he was really born in the house on Calle Justino de Neve 2. At the Plaza de los Refinadores is even a statue of him.

Tags:How to visit Santa Cruz district of Seville, Jewish historical places in Spain, Most popular tourist attractions in Seville, What are the largest churches of Europe, What is the largest Gothic building in the world, Where is birthplace of Flamenco, Where should I visit in Seville Spain