Here you will find all information about the beautiful holiday island of Corsica, and you can orientate to search and book your holiday with various providers!

Corsica is an island in the Mediterranean Sea, west of Italy (near the Italian places between Livorno and Rome), southeast of France and north of the Italian island of Sardinia. The island belongs to French territory and as such is one of the 22 European French regions, divided into two departments ((2a) Southern Corsica (Corse-du-Sud) and (2b) Haute-Corse (Haute-Corse)). The French name for the island of Corsica, “Corse”, but the island for its beauty very popular among the French and is therefore sometimes called Ile de beauty “, which means the island of beauty. From a tourism standpoint, Corsica also be divided into several regions. 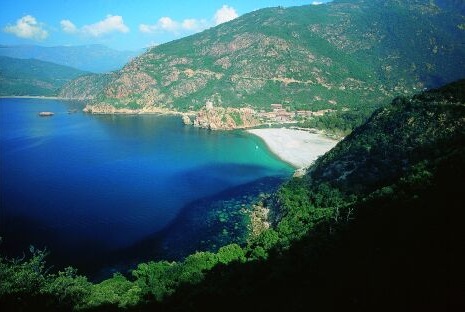 The island of Corsica has an area of ​​approximately 8700 km ² (compared to approximately 20% of the Netherlands) and thus the island is the largest island in France. In the Mediterranean sea is the island after Sicily, Sardinia and Cyprus, the fifth largest island in the Mediterranean. The total length of the island of Corsica is 183 km and a maximum width 83 km. The entire perimeter of the island is about 1000 km. The shortest distance to France is 170 km, 83 km to the Italian coast and the Italian island of Sardinia, just 12 km. Corsica is very mountainous, so the highest point: Monte Cinto 2710 meters high and the island has some peaks over 2000 meters, such as Monte Tozzo (2007 meters), Monte Incudine (2136 meters), Monte Padro (2395 meters) , Monte Rotondo (2620 m), Monte Cinto (2710 meters), Monte d’Oro (2390 m) and Monte Renoso (2350 meters). The average height of the island is about 570 meters. 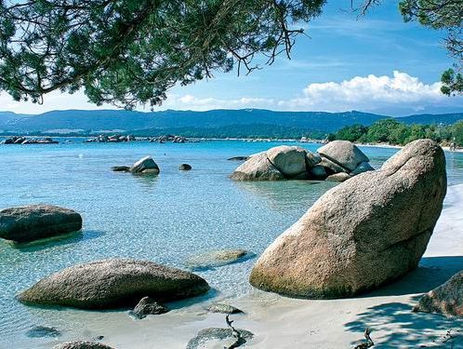 Corsica has about 265,000 inhabitants, mostly in one of the two largest urban centers: Ajaccio (capital) and Bastia.

Corsica is a beautiful holiday island for everyone’s doing, even for a holiday with children. The island has beautiful sand and pebble beaches, beautiful clear blue water, many beautiful rustic coves, a beautiful and warm climate with plenty of sunshine and a beautiful countryside with chestnut forests and larch forests on the mountain slopes, which are usually snowcapped. Corsica is also a mecca for hikers, so you can see the heavy trail, called the Grande Randonnee 20 (GR 20) walk. Another peculiarity of Corsica, again something that the island is unique in the Mediterranean Sea, are the many historical attractions you can visit. In many places where you come you will witness a chapel, bridge, a tower or something of interest. Prehistoric remains of the towers still exist in the mysterious menhirs and hundreds Toreaanse civilization, including the famous statues of Filitosa with their enigmatic sculptured faces. The Greek and Roman periods remaining one magnificent collection of excavated objects in the Museum of Aleria. These settlers have also other traces left on the island, to the delight of the connoisseur: wine and oyster farming.

Corsica Napoleon once said that he could recognize his scent and he probably meant by the delicious smell of the maquis, a rugged and herbaceous shrubbery that grows a lot in Corsica and a delicious aroma emanating from nature. The northeast of the island is a national park with many rare plant species.

The population of the island of Corsica are called “Corsicans”. This is a very nice people with a high level that includes temperament in a stubbornness and an enormous musicality that can best be compared to the music culture in Ireland.

The arms of Corsica dates from the Moorish period (11th century). The weapon is a Moorish head with a white headband on a white background and was a sign of royal dignity. It is a reminder of the expulsion of the Saracens in the eleventh century. The weapon was introduced on November 24, 1762 and is currently still the official arms of Corsica.

The busiest months of Corsica during July and August, this has to do with the fact that many French holiday and then Corsica is a popular holiday resort on the French. Many hotels, apartments and camping holiday in Corsica and other than accommodations are full.